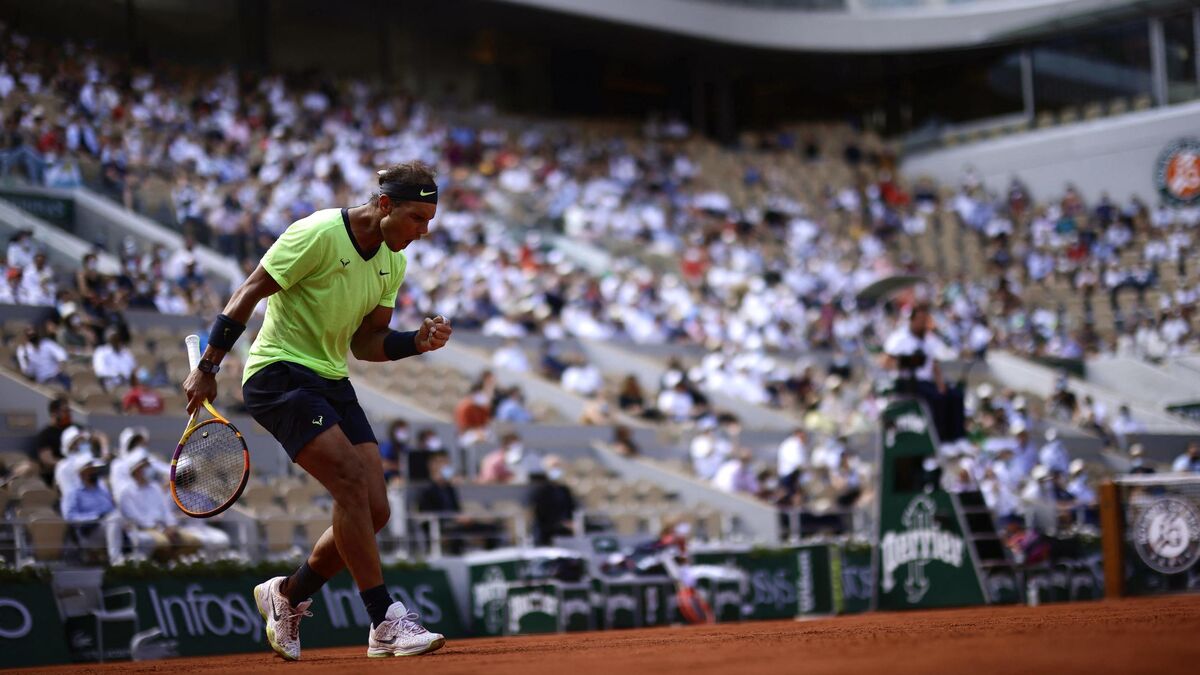 It is a crime of lese majesté. A historic moment experienced by the 5,000 happy owners of a sesame for the Philippe-Chatrier court this Wednesday. For this first day of life after with relaxed sanitary measures, they saw King Rafael Nadal wavering on his clay. The Spaniard certainly did not stumble and qualified for the semi-finals at Roland Garros on Wednesday – which is most important – but he suffered to get rid of the pocket Argentinian (1.70 m) Diego Schwartzman (6-3, 4-6, 6-4, 6-0).

If the two players were the last not to have let slip a single round since the beginning of the Parisian fortnight, “Rafa” could boast of remaining on 36 sets won consecutively at Porte d’Auteuil. He had not offered crumbs to an opponent since the final against Dominic Thiem (6-3, 5-7, 6-1, 6-1) in 2019. 2 years ago… But in 2018 Schwartzman had them also took one in the quarterfinals (4-6, 6-3, 6-2, 6-2). The two players also faced each other in the semi-finals last year. Nadal was therefore warned of the task that awaited him. “We both know each other well,” Nadal said after the match. Diego is an incredible player. It’s always difficult for me to face it. “

After a first set quickly dispatched, the Spaniard, embarrassed by the fighting spirit of his opponent, seemed to lose his game, his punching power. In the second round, as soon as the game hardened and the exchange lasted, it was the Argentine who took the best. The roles were reversed. It was the little “El Peque”, with his anachronistic physique in modern sport, who was the big man of the match. A slump for the Ocher of Ocher that lasted a little over a set.

At the end of the third round, the one who has the honor, the prestige, of having a statue in his image at the entrance to the stadium, took the ascendancy. The king was back. Vexed by the rebellion of his suitor, he corrected him in the last race dispatched in 26 minutes. He qualified for the 14th time for the last four of the Parisian event, obviously a record. “It’s always special for me to play on the Philippe-Chatrier court,” assured the winner in French at the Central. There is always a lot of emotion to play here, thank you (audience). Roland is my favorite tournament, the most important for me. “

After passing this test, Nadal, who celebrated his 35th birthday last Thursday, is more than ever decided to add a 14th Musketeers Cup on his shelf. A victory that would allow him to make history even more by becoming the first player to reach the hallucinatory bar of 21 Grand Slam trophies.

Until then, he will face, on Friday in the semifinals, the winner of the duel that will oppose in the night session Novak Djokovic to the Italian Matteo Berrettini.