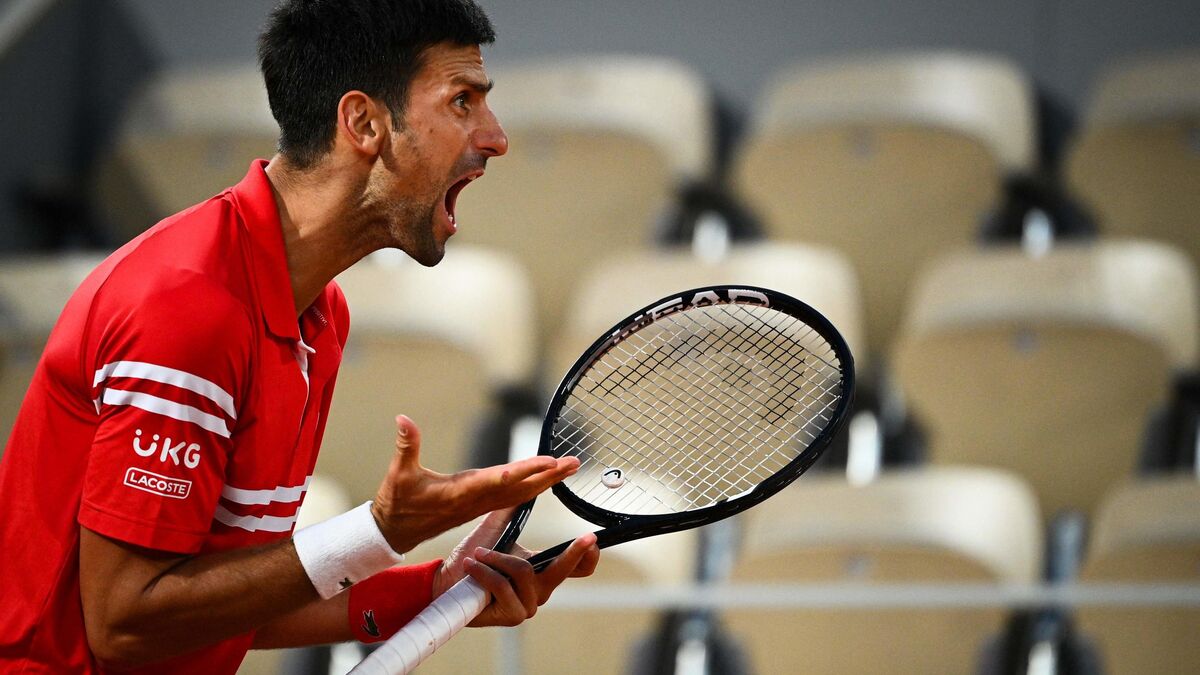 He screamed his rage like never before. Novak Djokovic can finally exult, savor. At the end of a crazy match that he controlled for a long time before being scared, the Serbian finally won in 4 sets (6-3, 6-2, 6-7, 7-5) and 3:28 of play against the Italian Matteo Berrettini, during the last quarter-final of the men’s table played this Wednesday evening at the end of the night and in an empty Philippe-Chatrier court.

He qualifies for the 11th time for the semi-finals of Roland-Garros. “The conditions are special with an audience present for 3 sets and after that we had to find motivation because the energy that was in the audience had disappeared, confides the world number 1 at the microphone of Cédric Pioline after his victory. Until the last shot it was a very difficult game for both of us. I am happy to end with the victory. “

The “Djoker” had the game in hand. Nothing seemed to be able to hinder his progress, his qualification for the last four at Roland Garros. At 5-4 in his favor in the third set tie-break with service to follow, Novak Djokovic seemed to have his ticket for the next whole. But two unforced errors have completely revived the debates.

The first Italian to reach at least the round of 16 in each of the four Grand Slam tournaments, the world number 9 admitted to having been overtaken by the stake early in the game. “Playing against Nadal, Federer or Djokovic is like playing 100 games against other players, his coach Vincenzo Santopadre warned before the match. With Djoko and Nadal, you can’t afford to give up five minutes, like Musetti in 8th. But Matteo has the characteristics to win, we know it will be a very difficult match. He must be able to fight on every point. ” He was right.

His protégé, who had not played in the round of 16 on Monday because of Roger Federer’s package, was slow to implement the advice of his coach. But after a start to the match spent chasing balls, he seemed to regain his wits and his lumberjack strikes from the third set. The match was restarted. Unfortunately the rest will be seen without the public, invited to evacuate the premises. The players also had to return to the locker room for several minutes while the spectators left the enclosure. An unreal sequence.

If the Parisian adventure is now over for the Italian colossus (25 years old, 1.96 m), it continues for the Serbian. And the long-awaited reunion will take place. On Friday, he will face his best enemy, Rafael Nadal, for a ticket to the final and episode 58 of their rivalry. If the 34-year-old Serb leads the dance in their direct oppositions (29 wins for… 28 defeats), he knows that the Spaniard is an extraterrestrial on Parisian clay. Since their first clash in 2006, Nadal has won 7 of their 8 duels. Their last dates back to last fall where, in the final, he had swept it in 3 sets (6-0, 6-2, 7-5). A memory that the “Djoker” will undoubtedly be keen to erase. But the debauchery of energy left behind this Wednesday evening could weigh heavily.

The other semi-final will pit the German Zverev against the Greek Tsitsipas.