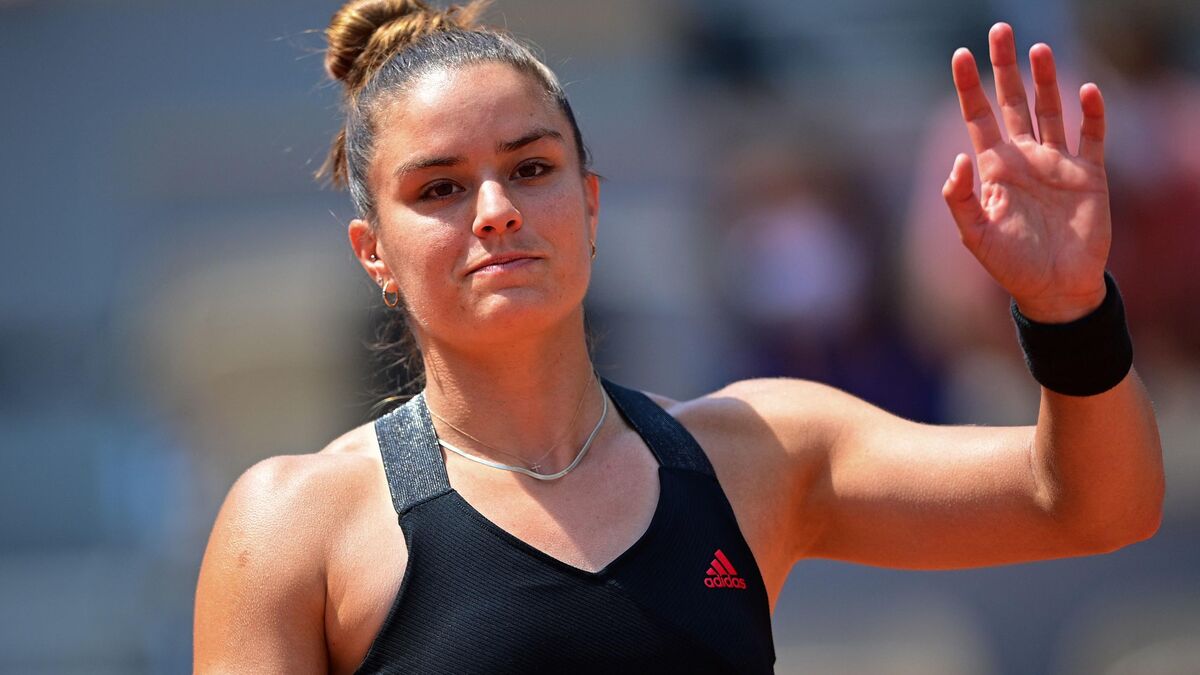 An Athenian and an Athenian in the semi-finals of a Grand Slam. For a long, long time, such an exploit was postponed to the Greek calends. Until now, the Latin people have reserved their outpourings of joy for volleyball, basketball or football. This Wednesday, Maria Sakkari however let it be known that this supremacy of team sports had lasted too long.

After the most anticipated Stefanos Tsitsipas, overcome the day before Daniil Medvedev, the 25-year-old brunette in turn qualified for the last four at Roland Garros on Wednesday. “It’s a fantastic time for Greek tennis”, ecstatic the one who confirmed this week that she would play mixed doubles at the Tokyo Olympics this summer with her childhood friend. It must be said that his mother, Angeliki Kanellopoulou, ranked 43rd in the world thirty years ago, but blocked in the 3rd round of Roland Garros, has always been alongside the parents of the colossus Tsitsipas, whose mother, Julia Apostoli, was also professional player.

If the talent of Tsitsipas has been known for a couple of years, Maria Sakkari’s appetite for ogress only really emerged this week in Paris. After having ejected in the previous rounds Elise Mertens and Sofia Kenin, seeds number 17 and 4, this time she walked on the last cador of the women’s table, Iga Swiatek, neither more nor less than the defending champion (6-4, 6-4).

She who had never yet crossed the bar of the round of 16 makes her opponents dizzy with an impressive rate of strikes. This certainly gives a lot of unforced errors, but also many winning forehands. It thus has the best ratio of points earned in the first service among the quarter-finalists (77%).

Passionate about fitness since she was 14, Sakkari indulges in heavy weight training and cardio sessions, as she likes to show on social networks. There is no question of falling into the caricature of the bully addicted to sweat. Her trainer, Tom Hill, with whom she has worked for three years, doubled this intense physical work with a tactical preparation based on video analysis.

Depicted by Swiatek as “one of the nicest players on the circuit”, she has also been able to be patient in managing her career. Forced into exile at 18 in Barcelona, ​​due to the lack of high-level infrastructure at home, she then vegetated for a long time at the gates of the top 20. At one point, “I told myself that I had maybe hit my cap and couldn’t rank higher and play in better tournaments. But this year I proved to myself that I was playing well. I beat some great players, ”she said. Her biggest coup is undoubtedly her demonstration, at the end of March in Miami, against the Japanese Naomi Osaka (6-0, 6-4), who remained on a year of invincibility.

A saving cut just before Roland-Garros

Patient and thoughtful, she was also patient by forcing her staff to take a break a week before the French Open. “Today, I know it is the right decision, explained Tuesday his coach, Tom Hill. At the time, I was not sure, I told him: You need to rest. She was no longer enjoying the court. She rested for a week, maybe eight days. She then called me and told me she was ready to return to the court. “

Energy, it will take him to replay this Thursday for a place in the final. On the menu, the Czech Barbora Krejcikova, falling for the talented American Coco Gauff and, like all title contenders, novices at this stage in a Grand Slam.