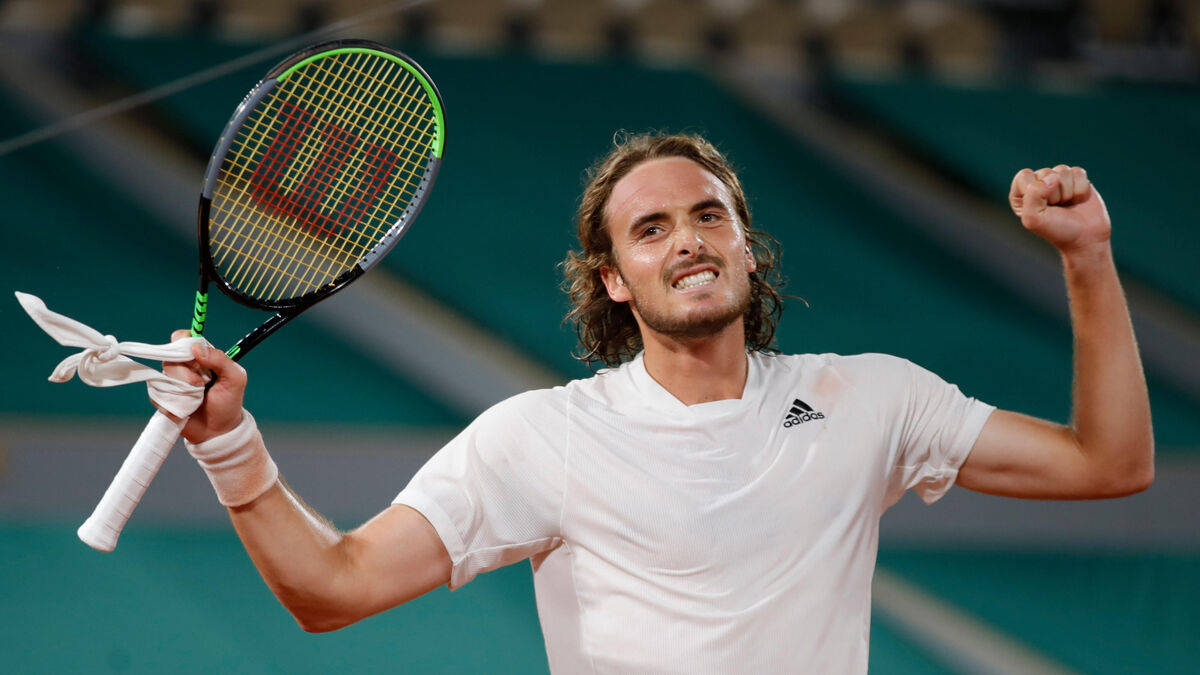 Whether in singles or doubles, the first places for the last four at Roland Garros were played this Tuesday. From sparkling Zverev on the Chatrier to the joy of Zidansek overcoming the outsider Badosa, through the victory of the French duo Herbert-Mahut, here is what to remember from this day.

The darling of the 2021 edition would have needed support this Tuesday evening. Daniil Medvedev was disillusioned in the shock of the “NextGen” opposing him in the quarterfinals to the Greek Stefano Tsitsipas. In a Central for the last time empty – while the Stade de France and the Blues at the same time benefited from a derogation of 5,000 people – the Russian was wrung out (6-3, 7-6, 7-5).

Cornered from the baseline from the start, he was too often pushed to the fault and only too rarely showed the initiative. Quite the opposite of Tsitsipas. Without being flamboyant, and even slightly jostled in the middle of the second set (two set points saved), the Athenian was able to be more consistent and opportunistic. Like the tie-break of the second set, he was able to rely on his serve to take shelter in hot moments when Medvedev got annoyed on his side by the few noises coming from the corridors of the Chatrier.

The third set was tougher. Tsitsipas, however, contained the Russian’s winning assaults and cushioning to conclude the game, after conceding the break at 2-2. The match point sums up the style opposition: a suicidal spoon serve from the Russian accompanied by a rise to the net that turns into an offering for the Greek, ruthless in backhand. The recent winner of the Madrid Masters will face Friday for a place in the final the other star of the circuit, Alexander Zverev. Last fall, Novak Djokovic barred his doors by winning in five sets.

Zverev rushes in half

The first quarter-final men had this Tuesday opposed the Spanish revelation Alejandro Davidovich Fokina to the German Alexander Zverev. It was the second that won after a very disappointing duel (6-4, 6-1, 6-1). It only took Zverev an hour and thirty-six minutes to sweep away a much too imprecise Davidovich-Fokina. Like the last game, Zverev pounded his opponent from all sides and cut the rally short, except for a few tighter balls early in the match.

It will be his first semi-final at Porte d’Auteuil on Friday. “I rather had a good game, but I think I can do even better”, he declared after the meeting, after showing in particular some signs of annoyance at the service (55% of first serve success).

We know the first poster of the female painting. It will oppose two lay players at this level, both qualified after a nice fight. Slovenian Tamara Zidansek, 85th player in the world, offered her very first Grand Slam semi-final by defeating Spain’s Paula Badosa (35th) in three sets 7-5, 4-6, 8-6.

Twice within two points of defeat in the first round against Bianca Andreescu, the 23-year-old will face Russian Anastasia Pavlyuchenkova (32nd) on Thursday for a place in the final.

Smiles of the day

The pair Nicolas Mahut / Pierre-Hugues Herbert continues to save what remains to be saved from the French flag in this 2021 edition. The Angevin and the Alsacien qualified for the semi-finals of the men’s doubles by disposing of the Bosnian Tomislav Brkić and Serbian Nikola Čačić (7-6 (7/5), 6-1). They will meet the formidable Colombians Cabal and Farah on Thursday, seeded number 2, three times semi-finalists in Paris (2017, 2019, 2020) and winner of Wimbledon in 2019 against Nicolas Mahut … and Édouard Roger-Vasselin.

With Pierre-Hugues Herbert, Mahut has already lifted all four Grand Slam trophies, the Masters, and seven of the nine Masters 1000. They are only missing the Olympics – their main goal this season.