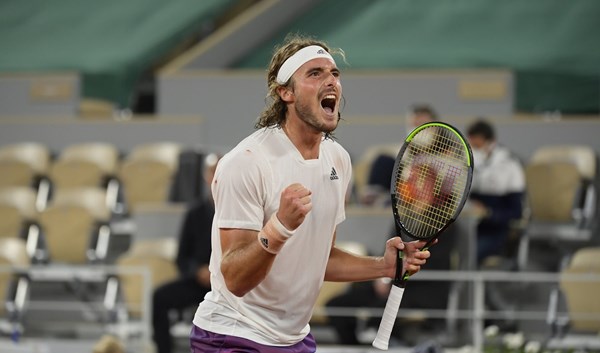 Stefanos Tsitsipas reaches the French Open final, and is waiting for the winner of the second semi-final between Nadal and Djokovic.

Testipas set a new record by becoming the youngest player to reach a Grand Slam final since Andy Murray reached this stage at the 2010 Australian Open, and the youngest at Roland Garros since Rafael Nadal qualified for the same round in 2008.

The Greek is waiting in the final for the winner of the match that brings together 13-times defending champion Nadal, who is seeking his 21st Grand Slam title, and Serbian Novak Djokovic, who wants to win for the second time at Roland Garros and wants to win his 19th Grand Slam title.