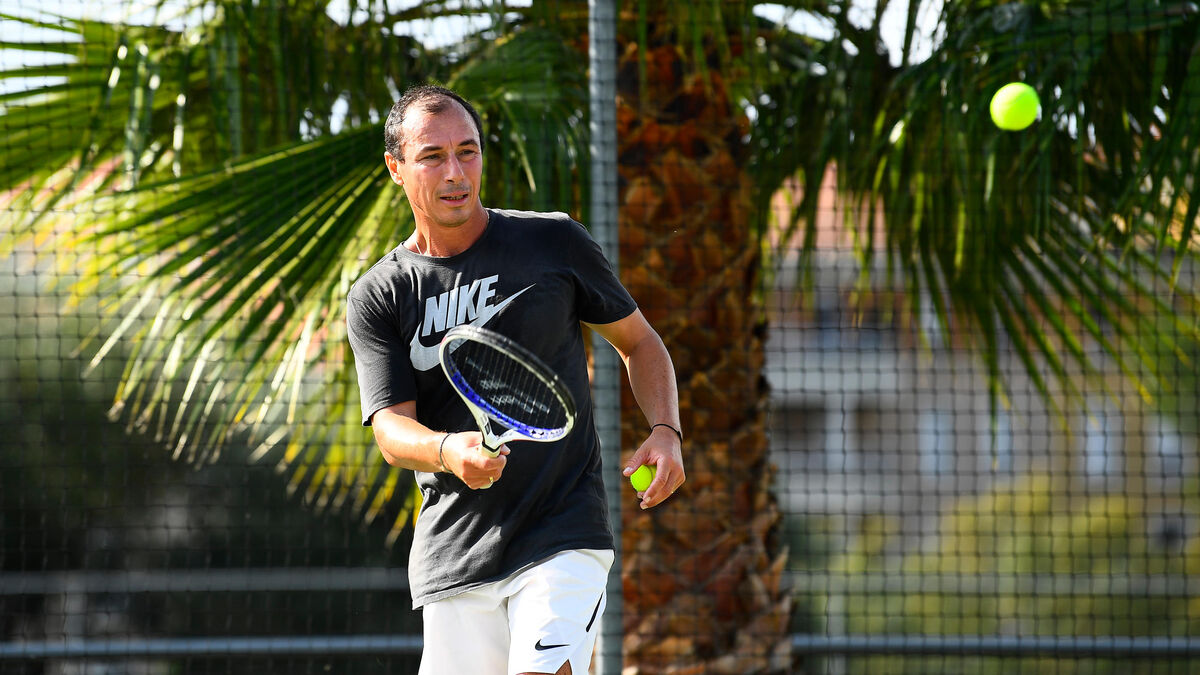 In his Elite Center in Cannes – he refutes the term academy, which he considers too mercantile – Jean René Lisnard welcomed for seven years a certain Daniil Medvedev, world number 2. The Riviera coach, who himself peaked at 84th place in the early 2000s, explains his vision of training and advocates a change in mentalities.

How to build the champion of tomorrow?

JEAN-RENÉ LISNARD. It’s like in politics. There are announcement effects but, in concrete terms, who will be on the pitch with the players? The decisions may start from those who pay themselves big salaries, but it is the people on the ground who make the difference. I don’t believe in the “system”. It is not the “system” that takes the players out. Already, there are generations stronger than others and, above all, there is often a passionate guy who has accompanied a course. It is only the human that counts.

Have we lost that value?

It’s like education. There is no more respect and it is found on the court. Before, if you spit on the Fédé, you released. Today, parents insult the Fédé but we still help them behind. There are places ten times more beautiful than where I live, yet we have released top 100. Why? Not because we have twelve indoor courts or because we are in the South. But because it’s elbow grease 365 days a year. It’s hard, it’s taking. It’s human …

Should we rethink the learning of the technique?

There is not just one school, it is a very long debate. I don’t think it came from there. I find that the level of education has dropped. The teachers are generally weaker, less passionate. Today, people want to earn money without being too shit… Fatally, that trains fewer kids, less strong players in the French teams and fewer pros at the finish line.

How to re-motivate or renew trainers?

There are still people who do not want to steal their salary and just clock in. What needs to grow is individual honesty towards the kids. You have their future in your hands. If you give it your all, you have nothing to blame yourself for. But if you cheat, you might be depriving him of a chance. There is a responsibility. The Federation must demand results. When you have a coach who has been there for fifteen years and is in hiding, either he moves, or you need turnover, fresh people with long teeth.

Is it a good idea to no longer focus on titles among young people?

It suits them to say that because they know very well that at the youth level we are not good. It’s also about defending yourself before things happen. But it’s true that it’s totally c… to consider that, if you don’t win at 14, you suck! Medvedev, when he arrived at the center, he was not a crack: 17 years old, 0 ATP points, it is not good for the top level. If we follow the famous “split times” we are told about, he was not even made to be top 100. He is number 2 in the world … We have to be more open-minded, because this generation is less mature than before, but more demanding in the quality of daily work.

There are too many people around, they are overprotected, so they ultimately become weak. They are hung up on the cell phone from morning to night, they don’t experience anything. We have the impression that they know everything in advance even though they have not experienced anything. Tennis is real. Trips, defeats, doubts. We must also let them have a hard time because we all had a hard time. Motivation arises from this. But if we spare them everything, they are in permanent avoidance. We make them less mature people and, at a high level, that makes all the difference.

What makes a Medvedev that the French don’t have?

He’s a big competitor, a simple, smart guy. From the first to the last day here, he came every day, without quibbling over the schedules, no matter where he won or lost. We’re not geniuses or magicians, he just worked. When you gain inches day by day, you move faster than the one who takes one step forward and two back. In France, as soon as a kid wins a Challenger, it often goes nuts, everyone gets excited. Medvedev, he has that winning spirit that we find in some champions. Nothing prevents a French from having it but, for the moment, no one has this niac.

How do you imagine the bridges between the FFT and you?

So far, I haven’t had a call, I can’t imagine anything. They are at the beginning of their mandate, there are the words and then the actions. I am independent, fairly free-spirited. But what does that mean? In any case, we cannot block the road to a strong kid who would like to train outside the Fed. If a Frenchman wins Wimbledon one day, whether he has trained alone in Angoulême, whether he has lived in Taipei or if he leaves the Fédé, nobody cares! What matters is that a Frenchman wins. Medvedev grew up in Cannes, Rublev and Khachanov in Spain, so what? Russia wins, only the result counts.