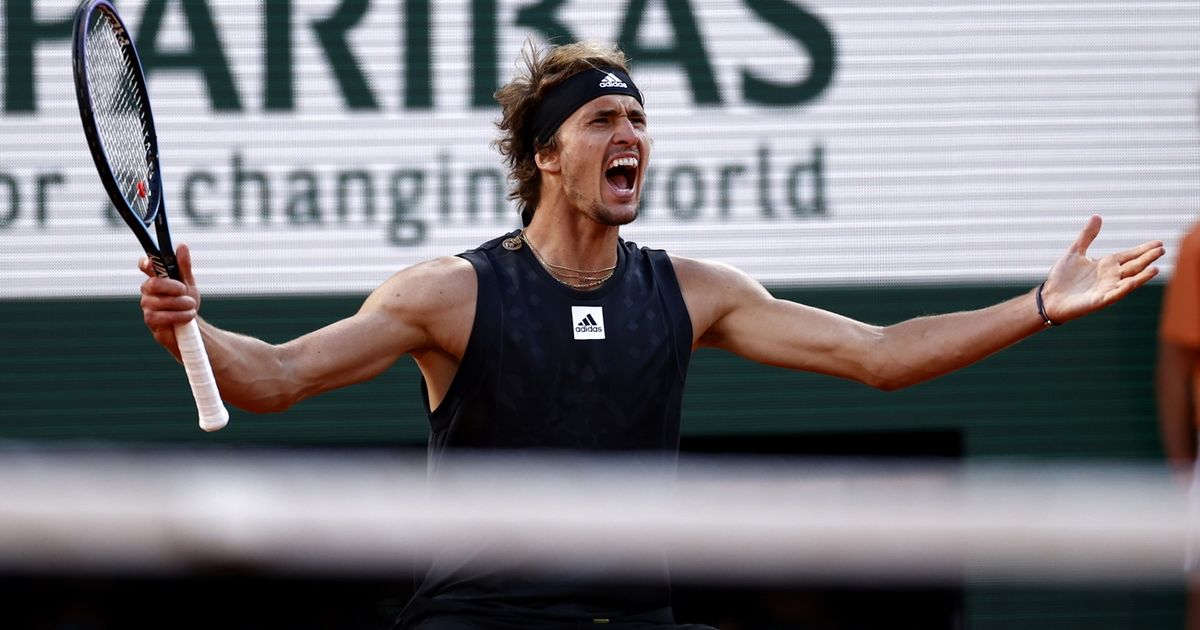 Alexander Zverev will play his 5th major semi-final at Roland-Garros, where he will challenge the winner of the clash between Novak Djokovic and Rafael Nadal. The German (ATP 3) put an end to the dreams of grandeur of Carlos Alcaraz (ATP 6) in the quarter-finals winning 6-4 6-4 4-6 7-6 (9/7) in 3h18 ‘.

Stopped in 5 sets by Stefanos Tsitsipas in the semi-finals last year in Paris, Alexander Zverev finally broke the “curse” that weighed on him. He had indeed never beaten any member of the top-10 in Grand Slam, in 11 attempts.

The 25-year-old Hamburger also ended the superb series of Carlos Alcaraz (19), who remained on 14 victories. He himself had also suffered the law of the Spanish prodigy in the final of the Masters 1000 in Madrid.

A ball of two sets everywhere

Alexander Zverev could have won more easily if he had not shown some signs of feverishness. He thus missed a break point which had the weight of a match point at 4-4 in the 3rd set, and conceded his commitment when he served to win this meeting at 5-4 in the 4th set. .

Carlos Alcaraz could even have taken on the finalist of the US Open 2020 in a 5th round, the Spaniard having obtained a 4th set ball at 6/5 in the tie-break. Alexander Zverev, on the other hand, was able to seize his chance in the decisive game, concluding on his second match point by arming an unstoppable backhand along the line.

Hidetaka Miyazaki would have been influenced by Breath of the Wild, Elder Scrolls and Witcher 3 for the creation of Elden Ring