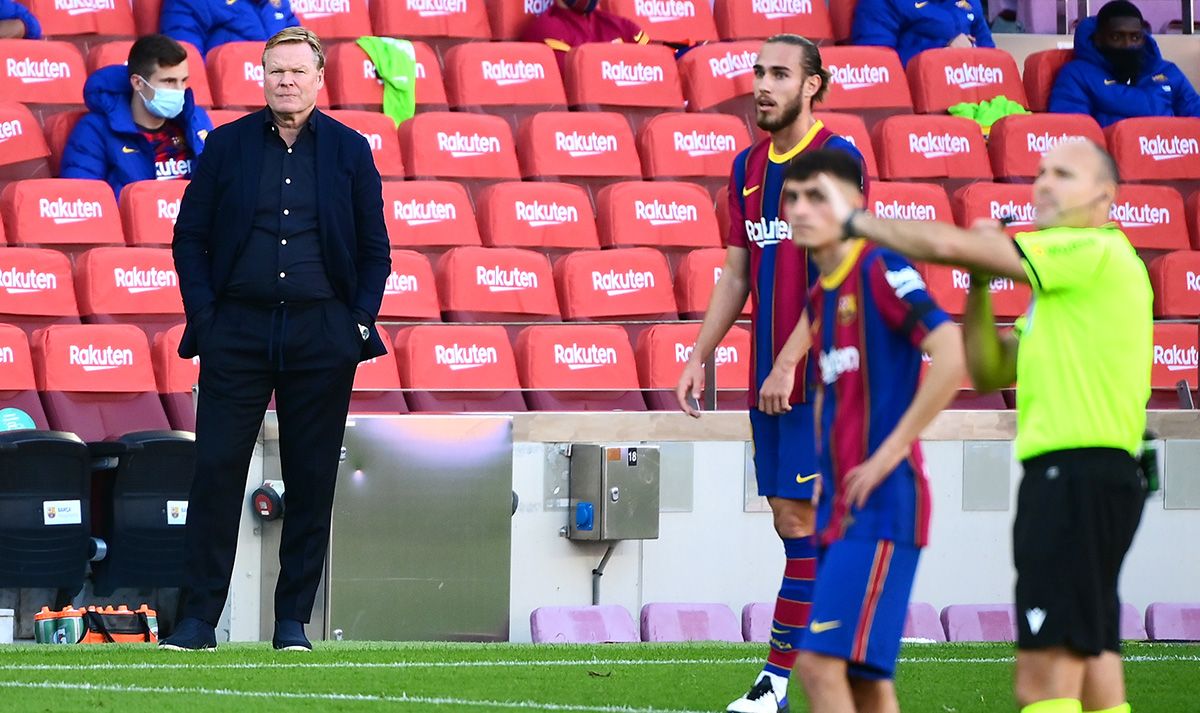 After the defeat against him Atlético de Madrid, Ronald Koeman it was clear that the three points could not be missed at home against Osasuna. That is why the Dutch coach opted for, perhaps, what has been the most offensive line-up since he became a culé coach: dispensing with destruction players and betting on six fully offensive footballers from the midfield above, in the same way as the sides.

One of the great surprises that Ronald Koeman offered us in the lineup was the presence of Pedri gonzalez​ in a new position: midfielder. The Gran Canaria player usually plays either as a midfielder in the center -which is the position in which he has given the highest level- or on either side, preferably on the left to be able to shoot diagonals.

But this time Ronald Koeman placed him next to Frenkie de Jong in the double pivot, something that was surprising for not having any specific containment player like Sergio Busquets. Unfortunately, the experiment of betting on Pedri González as a midfielder did not turn out too well: the canary was quite uncomfortable and lost in a role that he had not yet developed.

As a pivot, the canary was quite misplaced, losing some dangerous ball and without much consistency in the retreat. In addition, playing in such a backward position, he lost that dangerousness that he usually has when he is near the area and can surprise with some dribble or some dangerous pass. Ronald Koeman’s experiment with his golden boy did not finish working and, perhaps, it became clear that Pedri must play higher.

He preferred it before Riqui Puig or Aleñá

Ronald Koeman’s confidence in the figure of Pedri González is total to the point that the Dutch coach preferred to misplace the canary and put him in a position far from his own rather than trust players like Carles Aleñá O Riqui Puig, with a much more natural role if they play a double pivot. Yes, at halftime, the culé coach withdrew the canary to bet on Sergio Busquets.

With the lesión of Clément Lenglet, Carles Aleñá did come out but it was demonstrated once again that, for him or Riqui Puig to play, a significant carom of casualties and injuries has to be given. Another piece of information that we were able to extract again is that, at least in the pivot position, Mataró’s is above Matadepera’s in Ronald Koeman’s preferences. In fact, the Dutchman made it clear in Kiev that Riqui Puig has no options as a midfielder, but rather is a playmaker in his scheme.