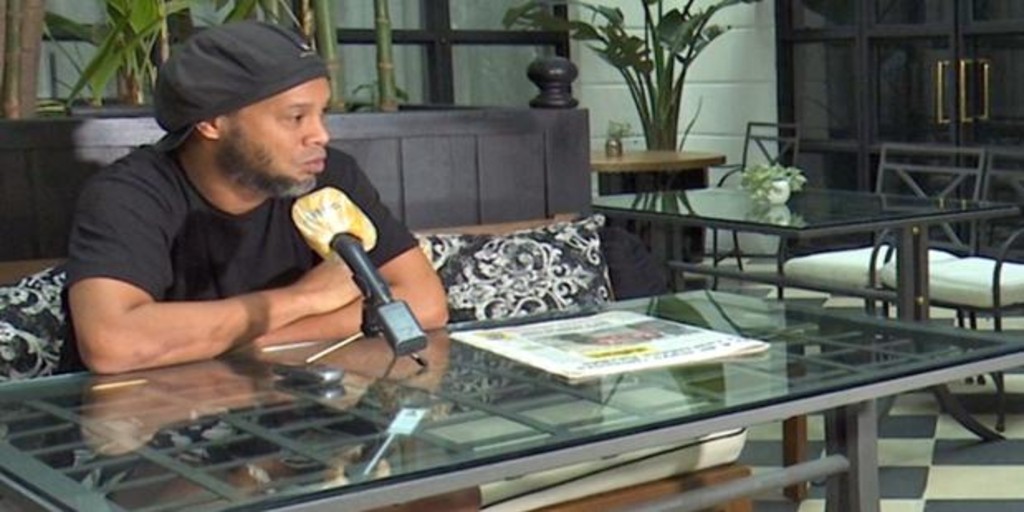 Ronaldinho is no longer in prison. Both he and his brother are currently under house arrest at the Hotel Palmaroga in Asunción, from where he has given his first interview to relate everything that has happened to him since his arrival in Paraguay, he passed through prison including after having entered the country with some fake passports.

In the local newspaper ABC Color, the former Brazilian soccer player has reported his surprise at the arrest and has related his experiences in the penitentiary.

“We were totally surprised to learn that the documents were not legal. Since then our intention has been to collaborate with the justice to clarify the fact as we have been doing from the beginning. From that moment until today, we have explained everything and facilitated everything that the justice requested of us. I never imagined I would go through such a situation, “he explained.

«All the people with whom I had the opportunity to share in the Association have received me with kindness; Playing soccer, autographs, photos, is part of my life, I would have no reason to stop doing it, much more with people who were living a difficult moment like me, “he added.

The former soccer player assured that the first thing he will do when he returns to his country will be “give a big kiss to my mother who has been living through these difficult days since the start of the covid-19 pandemic at home.” .

The unexpected return of Asterix and Obelix

The events industry completes the maximum capacity of uncertainty