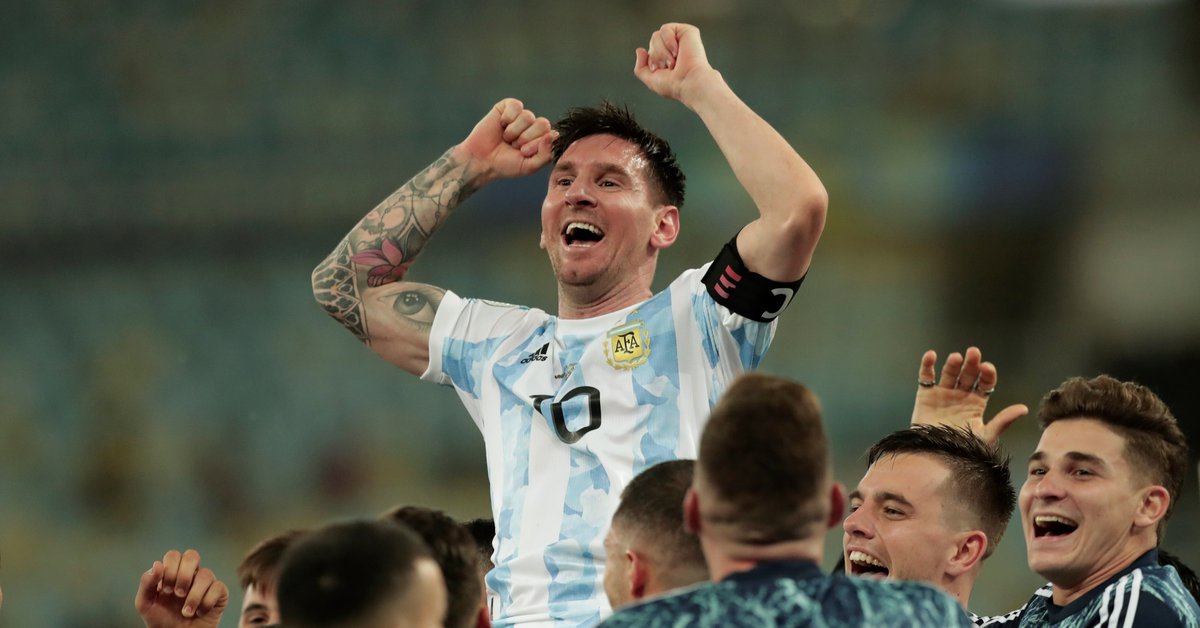 Ronaldinho with Lionel Messi in 2006, when they were part of Barcelona (Getty Images)

This Sunday, Ronaldinho participated in a Twitch broadcast of the popular Spanish streamer Ibai Llanos And he took the opportunity to review his career and to tell the fans what his life is like today, where football is just a hobby.

The former Brazilian player who marveled at soccer at the turn of the millennium marked an era in his playful style both on and off the pitch. Always with a smile on his face, the man who wore the shirts of Milan, PSG and Barcelona, ​​among others, acknowledged that it is difficult for them to stay with a single achievement of his career: “When I am with the ball I am happy, impossible to stay with a moment”.

In his extraordinary career he not only garnered titles at the group and individual level, such as the 2005 Ballon d’Or, but also great friendships, such as the one he maintains with Lionel Messi: “I am a friend of Leo, we are not talking every day, worse whenever we have the possibility we talk to each other ”, he commented. In this sense, he revealed how he lived the final of the Copa América that Argentina conquered at the Maracana: “I am sad because Brazil lost, but very happy for Leo, this was missing for him, to win something with the national team. So this is something that made me very happy. Seeing friends happy is something that makes me happy ”.

Ronaldinho came to Barcelona as a megastar in 2003, when Messi was not even part of the professional team, but later he had the opportunity to share a season and a half with The flea. Even, he gave the Argentine striker the first assist who would later stand out and become the top gunner in the history of the Catalan club.

Ibai took the opportunity to ask him if he enjoys watching the games as a spectator now that he no longer plays professionally, but here Dinho be sincere: “I don’t really like watching 90 minutes of soccer, I like playing it more. I do see the goals, or summaries ”. In this sense, he recognized that there are other sports that he is also passionate about: “I like to watch basketball and tennis. The NBA is what I follow the most and since I have friends there I see how they are doing ”.

Messi and Ronaldinho during a match between Argentina and Brazil (AP)

Regarding the debate that began in the last days as a result of the abandonment of the gymnast Simone Biles from several final tests in the Tokyo Olympic Games, the Brazilian avoided getting into controversy and gave his opinion from his own experience: “I have lived everything very calmly, it may happen that someone feels the pressure, but I speak for what I lived.” He also admitted that he did not have to face difficult moments: “As a player I have been lucky, I have had few injuries, the great part of my soccer career was good and I lived it very calm.”

Precisely for this reason, he used to smile on the pitch: “Since I was little, throughout my life, I always liked football and since I was lucky to do what I liked the most, I didn’t have to be happy.”

With the simplicity that characterizes it, Ronaldinho assured that he does not miss being a professional because he gave everything he had during that stage and had the possibility of winning the Champions League and the World Cup, among other precious trophies: “I have left football fully realized, I had nothing pending, I am very happy.”

Currently, it seeks to promote young talents in both music and football and has created several schools so that the little ones can train. When giving advice, the former Brazilian player addressed those who want to succeed as professionals: “The complicated part is that it is the dream of many and then few achieve it, it is a lot of people for a very restricted space. My advice is to enjoy sport because it is health and if you have the dream of reaching it, fight for it ”.

In addition, while supporting this type of project, the former footballer who in his country wore the Atlético Mineiro, Fluminense, Flamengo and Gremio shirts usually accepts calls to participate in friendly meetings with former players, where according to him everyone takes care to not get injured, but they also want to put on a nice show, so he enjoys those matches. In addition, although he does not have pending dreams, he acknowledged that he likes this stage of his life in which he can travel in “tourist mode” all over the planet, and he still has two destinations that he would love to visit.: “There are many places that I would like to visit, like Jamaica and Cuba, which are countries that I have not been to yet.”

“You have to sing cantina kid!”: The funny anecdote of Messi and Suárez with music stars at a private party
A ritual of every year: the photos of the holidays of Messi and Roccuzzo with their friends in Ibiza
Lionel Messi danced cumbia and was the main protagonist in a video recorded by Argentine athletes at the Olympic Games