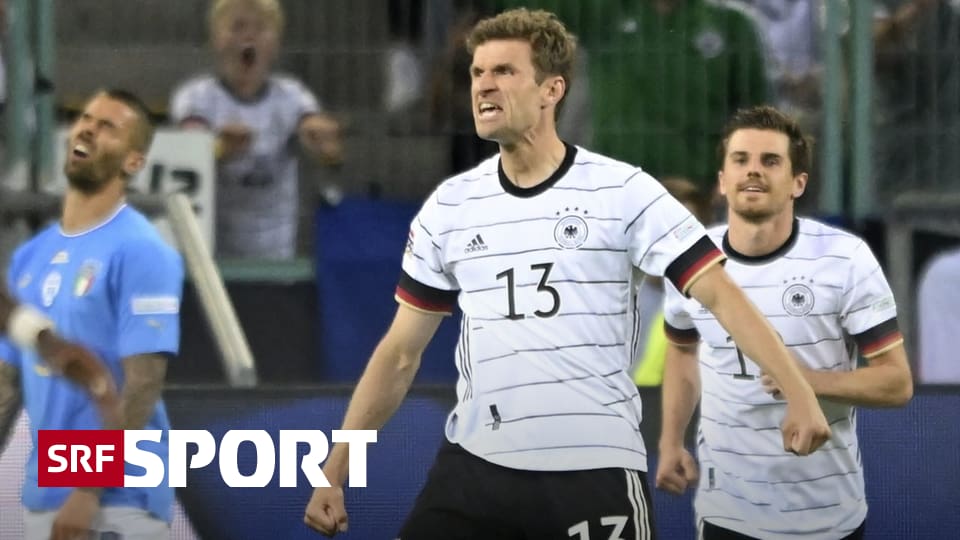 In an extremely animated game in Borussia-Park, Germany achieved their first victory in the Nations League after 3 meager draws against Italy – and that with 5:2. Joshua Kimmich (10th) and Ilkay Gündogan (45+4th) with a penalty kick set the course in the first half against the young, inexperienced team of Roberto Mancini.

One of those boys, Inter’s Alessandro Bastoni, conceded the penalty first and then blundered a German cross pass after the break – the previously pale Thomas Müller made it 3-0. Timo Werner’s brace then meant the final decision; especially his goal to make it 4:0 was pure football art over several stations.

Despite the clear verdict: Italy had their chances of scoring goals, but failed several times due to the strong Germany captain Manuel Neuer. FCZ striker Wilfried Gnonto gained confidence from the start, as he did against Hungary, and paid it back: in the 77th minute, he scored the first goal in the Italy shirt, and Bastoni redeemed himself in injury time with the 2:5 .

The previous table leader Italy falls back to third place, Germany is the first pursuer of neo-leader Hungary.

The “Three Lions” suffered a historic defeat at home in Wolverhampton: The 0:4 against Hungary meant the highest home defeat since March 1928 (!) and a 1:5 against Scotland.

Roland Sallai scored a brace (16th/70th) against the English, who had the advantage over long stretches of the field, and his second goal benefited from a buck from defender Reece James. Zsolt Nagy (80th) and substitute Daniel Gazdag ensured the clear final score against the defensively inferior Southgate squad.

Thanks to the 2nd victory in the 2nd duel with England, the Magyars are at the top of group 3, the English remain last and have to tremble for the league.

League A, Group 4: “Oranje” and the “Red Devils” victorious

The Dutch are on course towards the final tournament. Louis van Gaal’s side are undefeated in Group 4, beating Wales 3-2. Noa Lang (17′) and Cody Gakpo (23′) gave the leaders an early lead in Rotterdam before Brennan Johnson (26′) brought the Welsh side back. It only got turbulent towards the end: In the 2nd minute of added time, Gareth Bale equalized with a penalty kick. A few seconds later, Memphis Depay scored the Dutchman’s acclaimed winner.

Belgium stays on the heels of Oranje thanks to a mini-victory in Poland. Michy Batshuayi scored for the superior “Red Devils” after just fifteen minutes. Despite superstar Robert Lewandowski, the very defensive Poles were unable to react in the storm.

In Senegal, the bus on reserved lanes (BRT), an economic opportunity