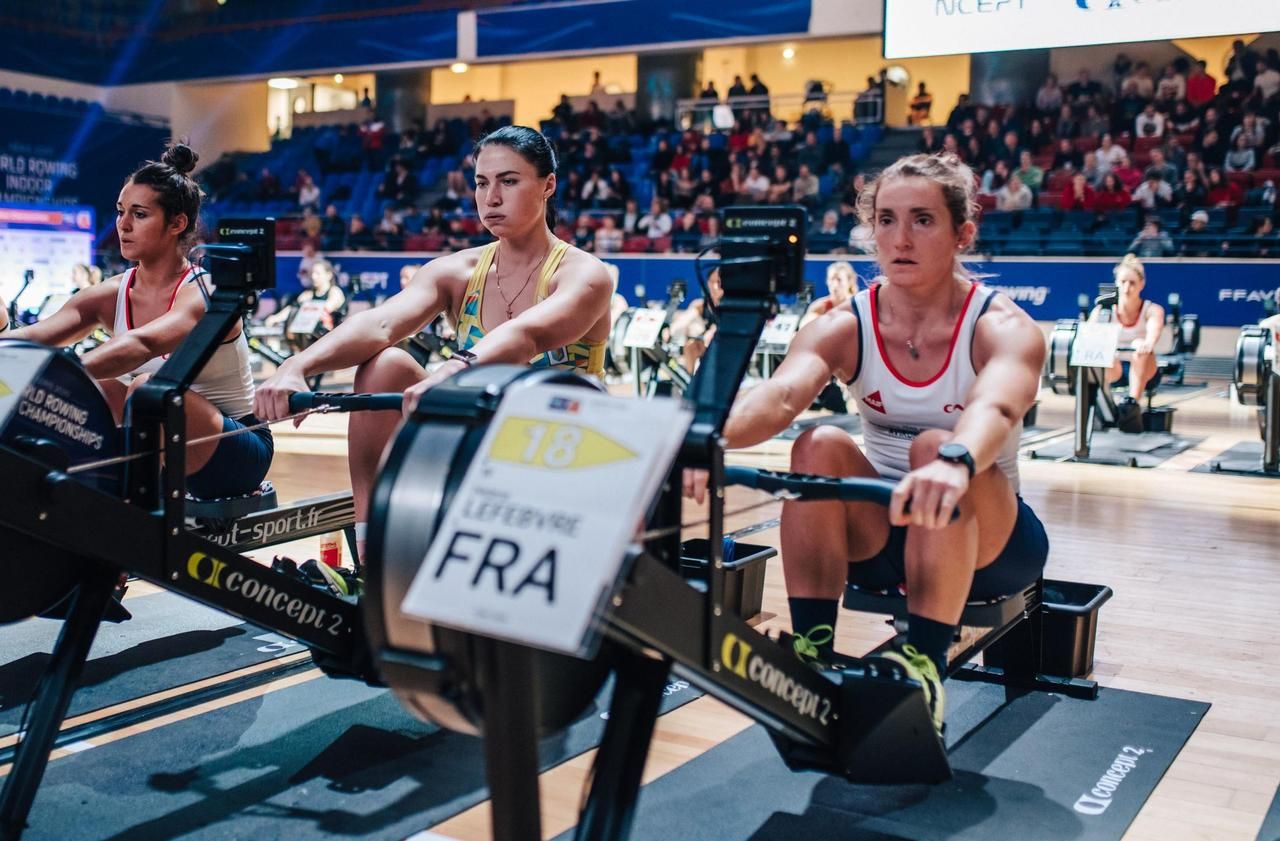 With the health crisis, sport has had to adapt. This weekend, the French rowing federation decided to take up the challenge of a competition totally connected with these French indoor Championships. “It’s very simple, it was either that or we canceled everything,” says Juliette Duchemin, the indoor development manager at the Federation.

A competition which is already a popular success with 2634 participants against 2300 in 2019. “Frankly, we did not expect that”, continues Juliette Duchemin. Open to everyone (the oldest at… 95!), These indoor France will be held identically to the previous ones. “The only difference, specifies Juliette Duchemin, is that instead of being all gathered at Coubertin, the rowers will be in their club, at home, or with friends …”

From the Olympic champion in Rio, Pierre Houin, to the 2018 world champion on water and indoors last year, Laura Tarantola, the whole rowing family will be together. “It’s a must, admits Hélène Lefebvre de l’Encou in Nogent, whose boat has qualified for the Tokyo Olympics. This is an important meeting to find out where we are a few months from the Games. “At 29, the rower from Val-de-Marne sees no difference between this first connected French competition in the history of her sport and the worlds organized a year ago in Coubertin. “I will be in Joinville with my partners from Insep,” she says. The only difference is that there will not be all the festive side around the competition. “

Championships to experience at home, in your club or with friends …

For the Boulogne 92 international, Aurélie Morizot, it’s almost an advantage. “I find Coubertin’s room a little oppressive. There I will be with my club teammates. We’ll see if this can affect my performance. “To respect health constraints, all events that will be held in clubs must take place outdoors. “We wanted to do a sort of rehearsal, a fortnight ago,” continues Aurélie Morizot. We put the rowers outside and started practicing as it started to snow. For this weekend, rain is forecast, we have planned to put up tents just in case. “

For the smooth running of the event, the organizers keep their fingers crossed so that the Internet fairy does not play the whims. “This is the big risk, recognizes Hélène Lefebvre. During the first confinement, we had done distance training. It took me two hours to connect due to technical issues. If the best French rowers are present at this annual meeting, which qualifies for the Worlds at the end of February under the same conditions, there will also be everyone. Like this independent rower who lives in the Yvelines, Emmanuel Jacquemart (66), on the starting line of a category alongside 12 other competitors.

“It’s been three years since I started indoor rowing. I do this on my own at home but being connected to other partners. So, I am trained by a Pole and I have a training companion, an American who lives in California. “If Emmanuel Jacquemart has gone indoors, it is above all to avoid the hazards of outdoor sports. “Whatever the weather, I’m no longer limited. Likewise, at home, we no longer have time constraints imposed by the gyms. Finally, during my bike rides, I got scared with motorists and even hunters. “

To participate in these France, Emmanuel Jacquemart needs his ergometer (“Buy 1100 euros before the first confinement and which now costs 1300 euros”), his computer with a good wi-fi connection and possibly a camera for film yourself. “We asked the participants to do it if they wanted to make the competition more convivial, admits Juliette Duchemin. The competition is to be followed on the federation site. With screens where each participant will be represented by a boat, we can follow each race during the 20 hours of live on the two days. “

As for a possible cheating, Emmanuel Jacquemart has the best answer. “There is no point in doing it. There is no money involved. And then we all know each other. If we see strange times, we will quickly understand. Cheating is really ridiculous and it runs the risk of being rejected by others… ”For the 108 crowned French champions this weekend, it will take a few days before putting their medal around their necks. By the time the charm arrives by post …