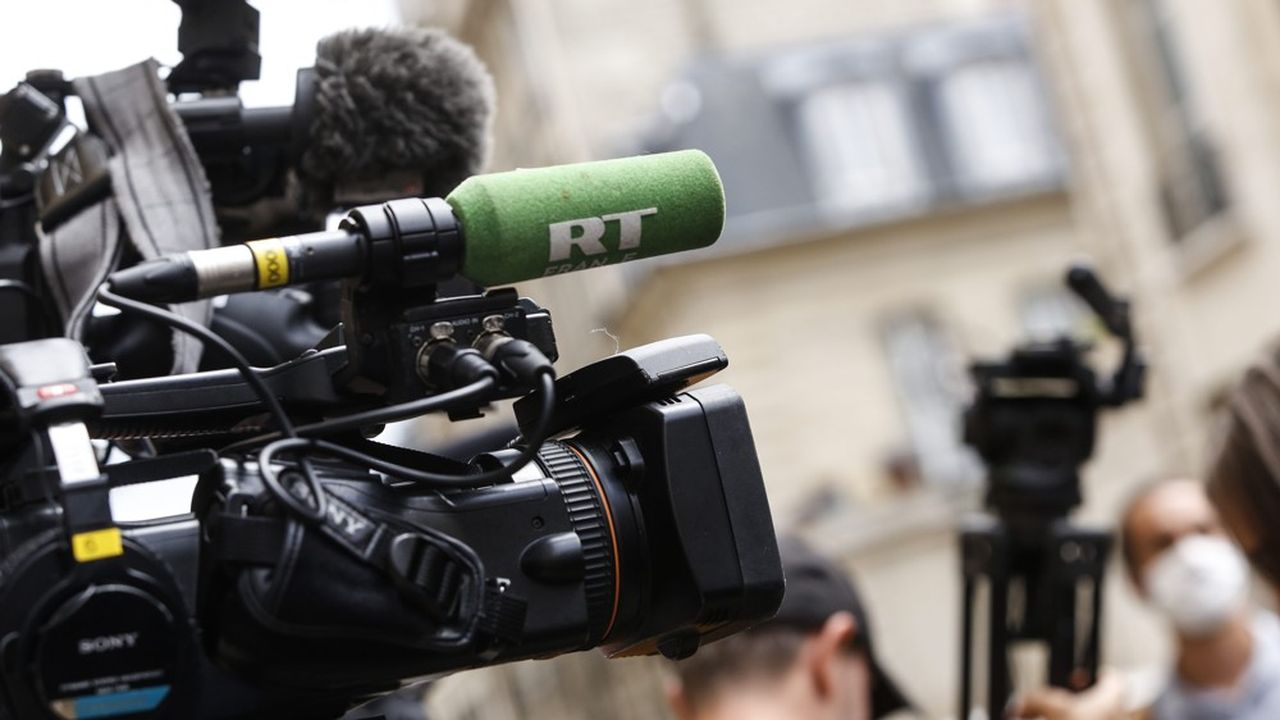 Prohibition in Germany, review of the RT license in the United Kingdom, instruction from Arcom in France… Clouds are gathering in Western Europe on the RT (Russia Today) channel, which has several international versions, including in France.

In the midst of the Ukrainian crisis, the Russian state-funded television channel – and its Internet versions – is under intense surveillance.

Latest announcement, that of the United Kingdom. Questioned in Parliament on the role of “disinformation” played by RT, the Prime Minister indicated that his Minister of Culture Nadine Dorries had asked the British regulator, Ofcom, to “re-examine” the license granted to the news channel in English . For her part, the Minister of Foreign Affairs indicated: “Regarding Russia Today, I am of the opinion that it regularly disseminates propaganda and fake news and that it is indeed an emanation of the Russian state. , and I’m sure Ofcom is looking into it,” Liz Truss told Times Radio.

RT hit back by saying that Liz Truss appeared to be trying to interfere in the regulator’s business.

At the same time, Margarita Simonyan, editor-in-chief at RT, is one of the personalities targeted by the sanctions announced by the European Union on Tuesday (travel ban, asset freeze etc.), points out the “New York Times” .

Instruction of the Arcom

About three weeks ago, Germany simply banned the channel and its site, although the necessary authorization was “neither requested nor granted”. In response, Russia announced the closure of the German media Deutsche Welle on its territory. Other countries banning RT expose themselves to this risk, some point out, pointing out that banning RT can be used as a pretext by Moscow and therefore be counterproductive.

In France, the television channel, launched in France in 2017 against a backdrop of controversy, is also closely scrutinized. Arcom, the television regulator has opened an investigation, after the complaint of an association “Media Democracies Europe”. According to “Liberation”, this association, made up of a dozen citizens opposed to the Kremlin, is concerned about “the honesty and independence of information and RT programs”. The chain had already been put on notice on this point in 2018, on a subject on Syria.

As required by law, an independent rapporteur has been appointed. Following its investigation, if the shortcomings are proven, Arcom can decide -or not- on sanctions which can go as far as a suspension.

“There is near-simultaneity of announcements in Europe, but they do not seem coordinated insofar as the motives are very different,” recalls Maxime Audinet, researcher at IRSEM and author of the book “Russia Today: a media of influence in the service of the Russian state”.

The chains themselves are different. “The English-language RT channel, headquartered in Moscow, is much more offensive when it comes to supporting official Russian positions on the conflict in Ukraine,” he says.

For the television channel in France and its variations, very present on social networks (1 million subscribers to its YouTube channel in France, around 1.2 million Facebook subscribers), there are, according to him, several levels: “on the one hand, newscasts present the events in a selective but relatively factual way on the current crisis, even if certain guests clearly relay the official “narrative”.

This caution can be explained by the fact that the channel is under close surveillance by the French regulator in a pre-election context. On the site, the articles published show partial coverage, which “deconstructs the Western posture more than it openly defends Russian positions”. On the other hand, according to him, “the chronicles and forums openly convey representations of the conflict similar to those of the Russian authorities”.

Still, Frédéric Taddeï, presenter of a magazine on RT, has decided to stop his daily talk show. “Out of loyalty to France, I cannot continue a contradictory debate program from the moment my country finds itself in open conflict with Russia,” he explained. on Buzz TV (Le Figaro).

the true story that inspired the film with Guillaume Canet

“I wanted to support my country”, admits the Ukrainian Yaremchuk after his goal against Ajax