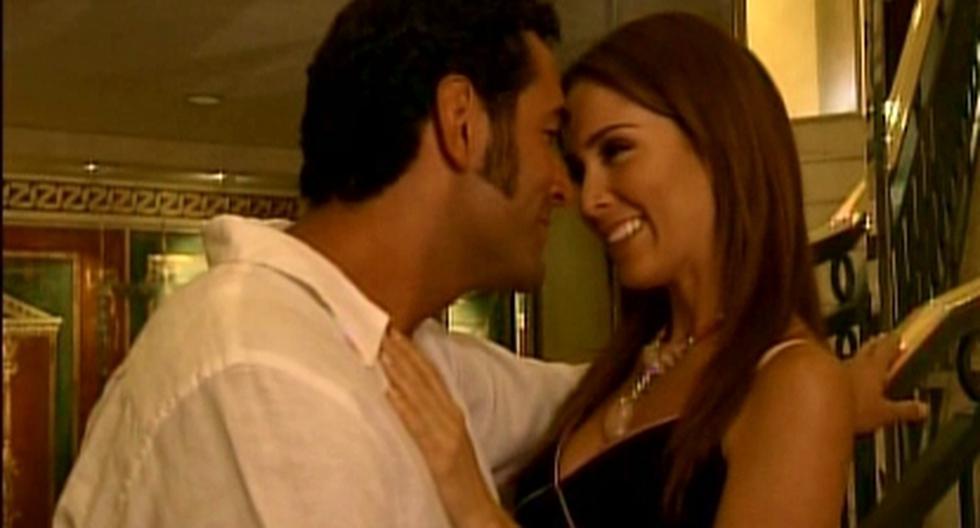 Bárbara Mori, Eduardo Santamarina, Jacky Bracamontes and Sebastián Rulli starred ″ Ruby ” in 2004, one of the most successful Mexican telenovelas in all of Latin America. The melodrama produced by Televisa, based on an original comic with the same name by Yolanda Vargas Dulché, was a television phenomenon that remains in force 16 years later.

In “Ruby”, Bárbara Mori played a beautiful and ambitious unscrupulous woman, willing to do anything to achieve her goals and climb socially. The role allowed the Uruguayan actress to gain the affection and respect of the public, in addition to becoming famous as “The shameless one”.

Next to her was Jacky Bracamontes, actress who gave life to Maribel, the friend of Ruby. Eduardo Santamarina and Sebastián Rulli, Alejandro and Héctor in fiction, respectively, completed the main cast of the telenovela that captivated the audience throughout 115 episodes.

While his characters had plot conflicts, in real life they were all friends. Some closer than others, for example, Jacky Bracamontes became close friends with Eduardo Santamarina and Sebastián Rulli and until now they maintain a very close communication.

In an interview for People en Español, Jacky Bracamontes told which actors became his personal friends after working with them on a project. “Various. Among my group of friends is Eduardo Santamarina and Sebastián Rulli ”, said the actress.

Jacky is also friends with Jan, an actor who played Marco in “Rubí.” The three of them are very close and meet every year for a Christmas dinner, which shows how close they are despite their busy schedules.

“Since we made Rubí we get together every year at a Christmas dinner, we have a group… Jan is also within that group. For example, every time I go to Los Angeles I see Guy Ecker already [su esposa]. We have a very nice friendship. Jaime Camil when I go to Los Angeles I also see myself with him. The truth is that my time in soap operas has given me great friendships, “added the actress.

Jacky Bracamontes also had a very close relationship with Barbara Mori, the actresses were close friends in real life. However, with the passing of the years a rumor spread that ensured that this friendship that existed between the two was deteriorating until they grew apart. Although many believed that the stop talking was due to some problems between the two, this rumor was denied. Last year, the actresses had a surprising virtual encounter that excited Jacky more than necessary.

“Hello beautiful friend, I have not seen you for so long, I send you many kisses and much love,” said Bárbara Mori in a recorded video that was presented as a surprise during the virtual conversation between Jacky Bracamontes and Jan.

“You really don’t know what pleasure it gives me to see Barbara so well, to listen to her […] I really also adore my Barbarita, that Rubí that despite the fact that on the screen you could see that ‘oh damn coja’ but Barbara did love me. We had a great time ”, expressed Jacky excitedly.

Also, Jacky Bracamontes is close to Barbara Mori’s circle. And it is thanks to the film that he filmed in Mexico in 2016, Bracamontes became close friends with Natalia Subtil, the ex-partner of Sergio Mayer, Barbara’s son, so the Mexican presenter has become very fond of Mila, the granddaughter of the Uruguayan actress.

So much so that Jacky did not hesitate to invite Natalia Subtil and her baby to her daughter Carolina’s birthday party. The caprices of destiny make the actresses, who starred in the hit 2004 soap opera, come together again.