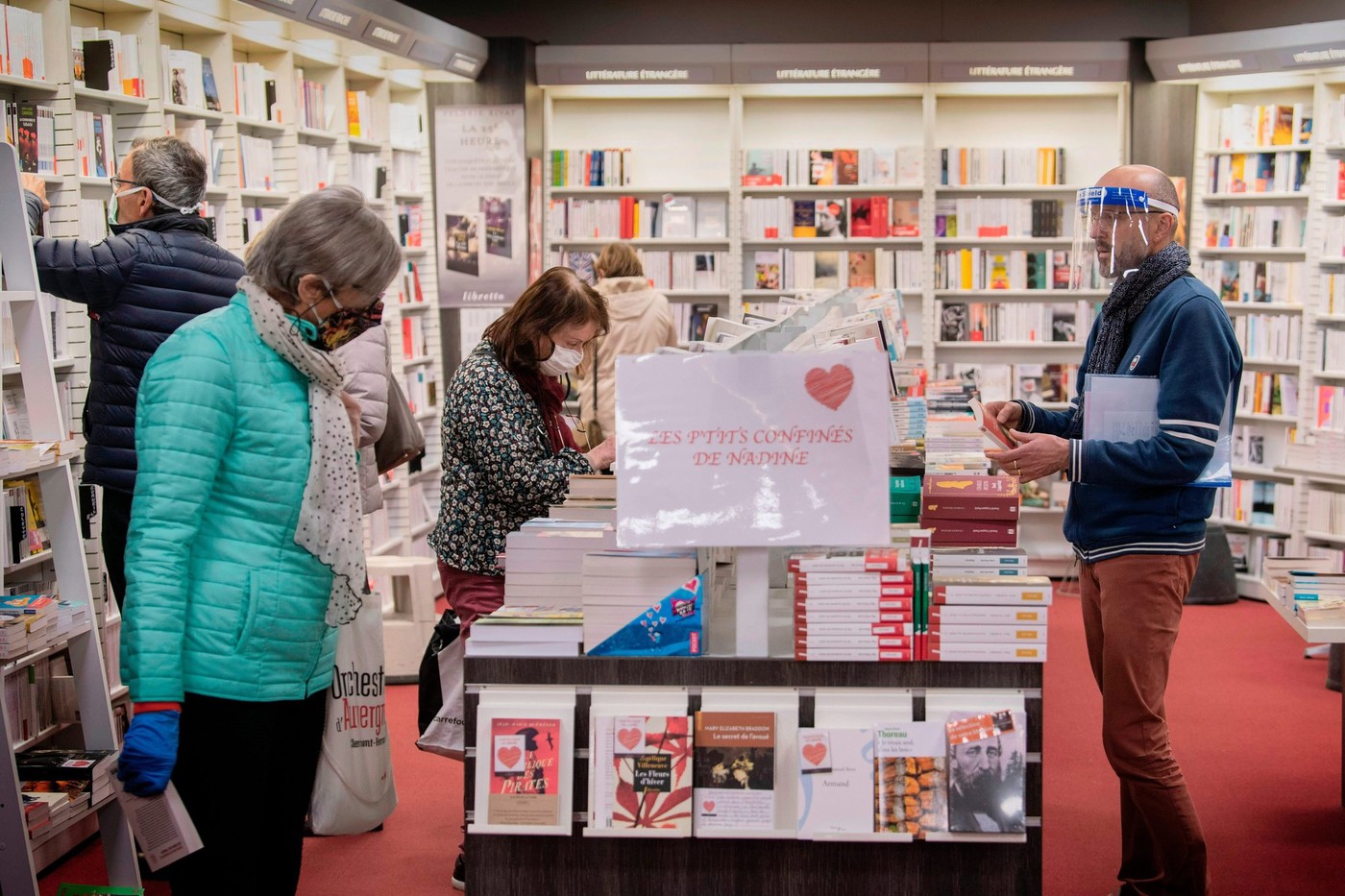 The images are pleasing, which is not a luxury in this troubled period: the day after the announcement of the second confinement, Thursday, October 29, many queues have formed at the entrance to bookstores, at the both to stock up on readings and to support their booksellers who have to close their shops.

→ PRACTICAL. Reconfinement: what is allowed and what is prohibited

« Today is the time to go refuel! » « Today, more than ever, let’s support our bookstores! » « Read protects, read bewitches, read heals, read guide! All in bookstores! »… A multitude of messages flourished on Twitter, under the hashtag born in spring #TousEnLibrairie, to invite the French to go refuel.

« There were a lot of people this morning, we made € 10,000 in sales in the morning, while keeping our health precautions. with an average payment of 47 euros on average, which is more than a large average Christmas basket », Indicated at 1 pm Valérie Le Louarn of the Librairie Le Renard in Paimpol, without however managing to rejoice. The bookstore had just completed its preparations for the now suspended Christmas period. ” We quickly prepared two posters by hand for the window: The book will live! inviting to order on our site or by phone. We will adapt ».

Le Goncourt and other literary prizes have for their part announced that the discount of their prices is conditional on the opening of bookstores, so as not to favor large online sales platforms to the detriment of closed stores. ” The Goncourt academics can only consider the Goncourt price that they were to announce on Tuesday, November 10, while their bookstores would be closed », They declared.

See Also:  The pain of Ingrid Aceitón's partner after losing their unborn baby

Reading as a refuge

During the first confinement, reading had been a refuge, and book sales had exploded when stores reopened, from June. ” We were all very pleasantly surprised, on May 11, to see people lining up to enter our bookstores., recalls Maya Flandin, who directs Vivement dimanche at Lyon-Croix Rousse. We did not expect that. And we have experienced strong sales growth. I observed it for all my colleagues as vice-president of the Syndicat de la Librairie (SLF). The smallest bookstores are the ones that have made the most progress, sometimes with + 50 to 60% ».

Bookstores at the time of reopening

The figures are there, with a national balance sheet showing an increase of 9.7% in the global turnover of booksellers since May 11 (with disparities and without having compensated for the – 90% of the two months of confinement). However, more than the numbers, it was the customer testimonials that had the most impact on booksellers. “ They talked to us a lot, told us how much they had missed us. The regular customers of our independent bookstores, who already knew its importance, but also a wider audience, saying they don’t want a world without bookstores. »

In line of sight, the will to adapt, to retain customers on the Internet sites of each store or on the existing platforms of the independent bookstore, just as powerful as those of the giants of the web. ” We hope to be very supported during this new period. We will do click-and collect, since we are now equipped and know how to do it in complete safety. We will adapt, it is the quality of our profession. And we have the readers with us! »

« Leave our bookstores open. We are ready to assume our cultural and health responsibilities », Pleaded the three big unions of the book chain (National Publishing Union (SNE), French Bookstore Syndicate (SLF), Permanent Council of Writers (CPE)), without knowing Thursday, October 29, before the details that were to be provided by the first Minister Jean Castex, if their sector could continue its activity. ” Authors, illustrators, publishers and booksellers make a solemn, united and responsible appeal to the government: leave our bookstores open so that social confinement is not also cultural isolation. »