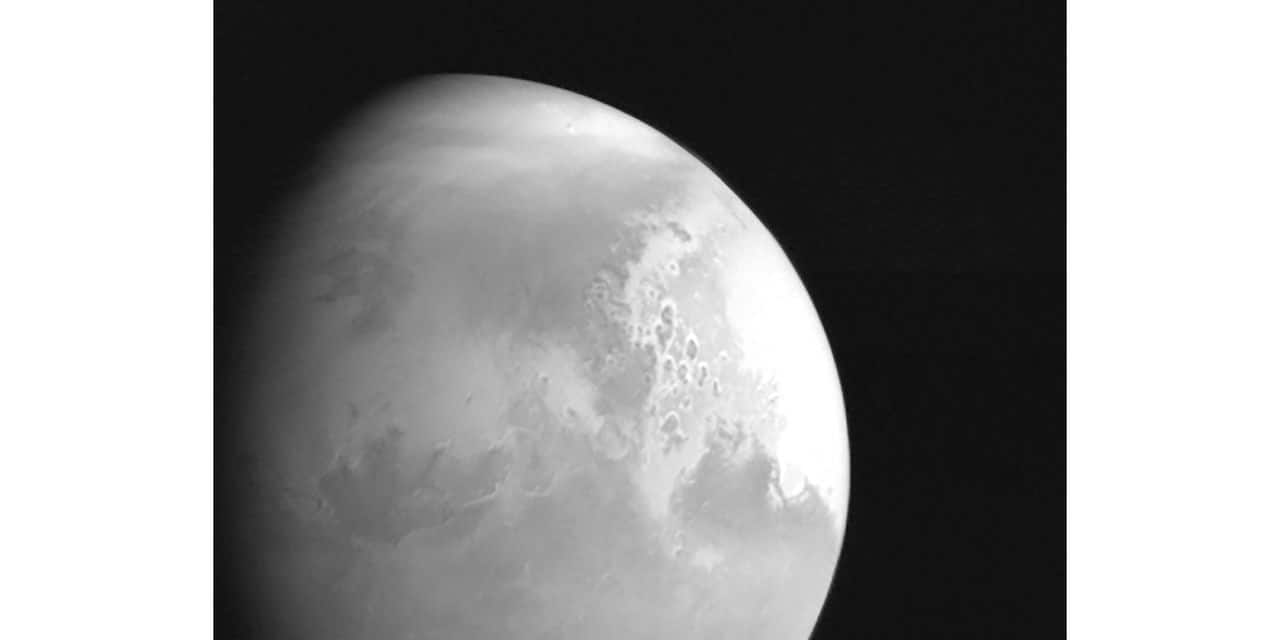 China on Wednesday placed its Tianwen-1 probe into orbit around Mars, a first for the country, carried out nearly seven months after its launch in July. The operation is an important step towards the main objective of this mission: to land a wheeled unmanned robot on the red planet within three or four months.

On Tuesday, the United Arab Emirates also succeeded in placing a probe in Martian orbit, a first for an Arab country, as had in the past the Soviet Union, the United States, India and the ‘Europe. When the success was announced, Dubai’s iconic landmarks lit up in red, including the tallest tower in the world, Burj Khalifa and the famous sail-shaped Burj al-Arab hotel.

The two probes were launched this summer, during a firing window to reduce the distance of the Earth-Mars trip. The United States had also taken advantage of this period to launch its own mission to the red planet, a few days apart.

The Emirati probe, named “Al-Amal” (“Hope” in French or “Hope” in English) was therefore placed in Martian orbit on Tuesday. As for “Perseverance”, the unmanned robot of the American space agency (Nasa), it is due to land on Mars next week.

Regarding Tianwen, “the landing on Mars is scheduled between May and June 2021“, specified the Chinese space agency. Tianwen-1 is composed of three elements: an orbiter (which will remain to turn around the star), a lander (which should land on Mars) and a remote-controlled robot.

Weighing more than 200 kilos, the latter will have to carry out analyzes of the soil, the atmosphere, take photos or even contribute to the mapping of the red planet.

As for the Hope probe, it will not land on Mars. While designed to provide a complete picture of the meteorological dynamics of the planet, it is also a step towards a much more ambitious goal: the establishment of a human colony on Mars within 100 years.

See Also:  User refunds Cyberpunk 2077 and gets angry that the game was removed