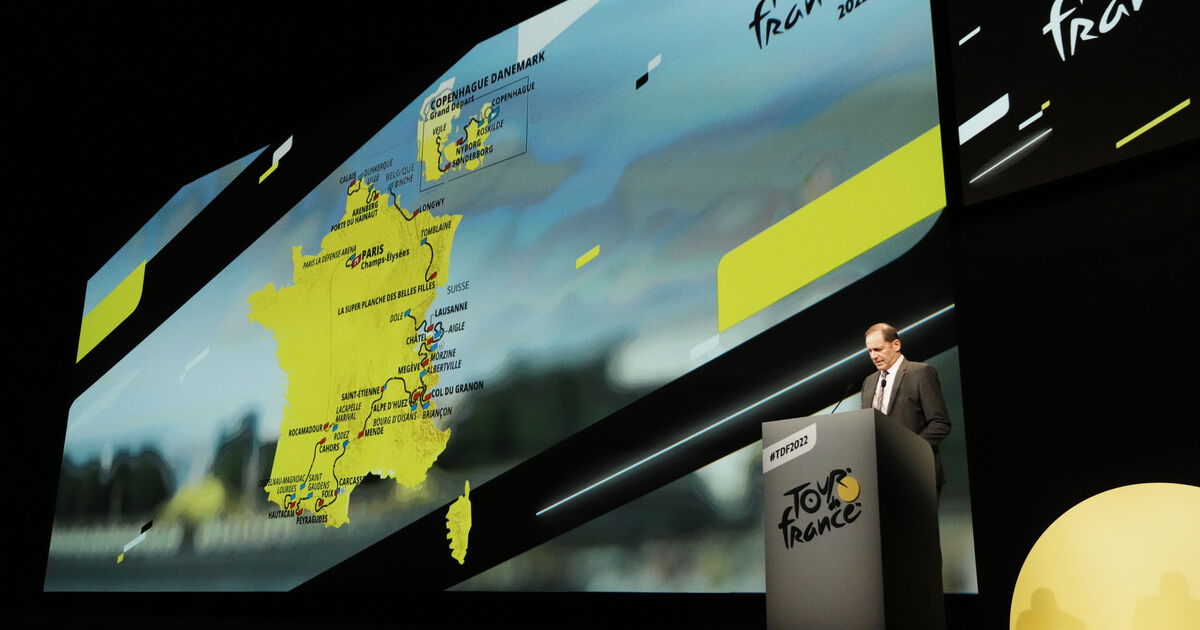 The routes of the next women’s and men’s Tour de France were unveiled this Thursday morning. On the program: elevation, cobblestones, Denmark and Switzerland.

As the professional cycling season approaches its twilight – it will end in the first week of November with the Tour du Faso – there is an event which, every fall, keeps those already lacking in suspense: the presentation of the route of the next Tour de France. After weeks of speculation, cross-checking of bits of information published in the local press, interpretation of hotel reservations in a particular town or the repair of the roadway by a given departmental council, the route of the next Grande Boucle was officially unveiled this Thursday noon. Or rather the routes, since 2022 will see the return of the women’s Tour de France, in an eight-day format against three weeks for the men.

Symbolically, it is this first course that was presented by Amaury Sports Organization (ASO), even though the women will run after the men. The female peloton will start from the Eiffel Tower on the Sunday of the arrival of its male counterpart at the Champs-Elysées, “To benefit from a media sounding board, while all the journalists will be in Paris”, assumes Christian Prudhomme, the director of the Tour de France. The women will compete for the first stage on a circuit in the capital with, for them too, a probable finish in the sprint under the gaze of the Arc de Triomphe. And after ?

Afterwards, it will be a lot of dish. First in the beet fields between Meaux and Provins, for a 100% Seine-et-Marne and probably a little boring stage. Then towards Epernay, with a few steep trails on the program, including the Mutigny hill (900m at 12.1%), which served as a launching pad for Julian Alaphilippe’s first yellow jersey in 2019. The fourth stage, between Troyes and Bar- sur-Aube, will not be much more hilly but it still promises a spectacle: the runners will have to take some 12 kilometers of dirt roads between the vines, a recipe which has made the Tuscan Strade Bianche successful for fifteen years and which is copied a lot since. Calm down with two stages that are apparently not very thrilling towards Saint-Dié then Rosheim, before tackling the real big part of this women’s Tour: two stages in the Alsatian and Vosges mountains.

The runners will first compete for a stage towards the Markstein, after having drunk in particular Petit (9.3 km at 8.1%, anyway) and Grand Ballon. The next day, they will tackle the Ballon d’Alsace (8.7 km at 6.9%) before arriving at the top of the Planche des Belles-Filles (7km at 8.7%), definitely the fashionable pass. since the boys have climbed it six times in the last ten years. This is where the Slovenian Tadej Pogaçar conquered his first Tour de France, in 2019, after a breathtaking time trial. It will therefore also be the justice of the peace of a women’s race which we can regret that it risks not being played until two decisive days.

Denmark and too bad for the planet

For the men, part of the route was already known since the (big) start from Denmark was initially planned for this year’s edition. But the somewhat complicated sanitary conditions forced the organizers to prefer Brittany, postponing the Scandinavian kingdom until next year. Barring a new vexing variant, the 2022 men’s Tour should therefore start from Copenhagen on July 1, for what will be “The northernmost start in the history of the Tour de France”, rejoices Christian Prudhomme. The Danish capital exceeds in particular Dublin, which hosted the start of the Grande Boucle in 1998. And too bad for the carbon footprint of a race under fire from critics in recent years, for its environmental impact …

The peloton will therefore stroll for three days in this crazy cycling country before taking the plane to Lille and strolling in the North. We greedily check off the 5th stage which is due to arrive at the Arenberg mining site by taking nearly 20 km of cobbled sections, some of which have never been experienced on the Tour or in Paris-Roubaix. The next day, an alaphilippesque stage will take the runners to the Côte des Religieuses (1.6 km at 5.8%) at Longwy, which will have been preceded 6 km earlier by the Mur de Pulventeux (800 m at 12.3%) ). And two days later, it will be the Planche-des-Belles-Filles, just to finish the first 7 stages with burning legs.

Nothing compares, however, with the two traditional main courses of the Tour: the Alps and the Pyrenees, in that order this year. The runners’ alpine walk will first take them to Switzerland before offering them some of the most famous passes of the event: the Telegraph, the Galibier (twice) or the 21 laces of Alpe-d’Huez. But we will especially note the arrival at the top of the Col de Granon, less for its sturdy profile (11.3 km at 9.2%) than for its propensity to get carried away by the altimeter: the runners will finish at 2,413 m altitude, on the roof of this edition of the Tour. After transition stages linking towns often visited by the Grande Boucle (Saint-Etienne, Rodez, Mende, Carcassonne), the peloton will spend three days in the Pyrenees. We will remember the 18th stage and its “dynamic” profile, according to Prudhomme: less than 150 terminals for three passes: Aubisque, Spandelles, unprecedented on the Grande Boucle, and the legendary Hautacam. Finally, the runners will return to Paris after having carefully avoided all of western France for the traditional finish on the Champs.