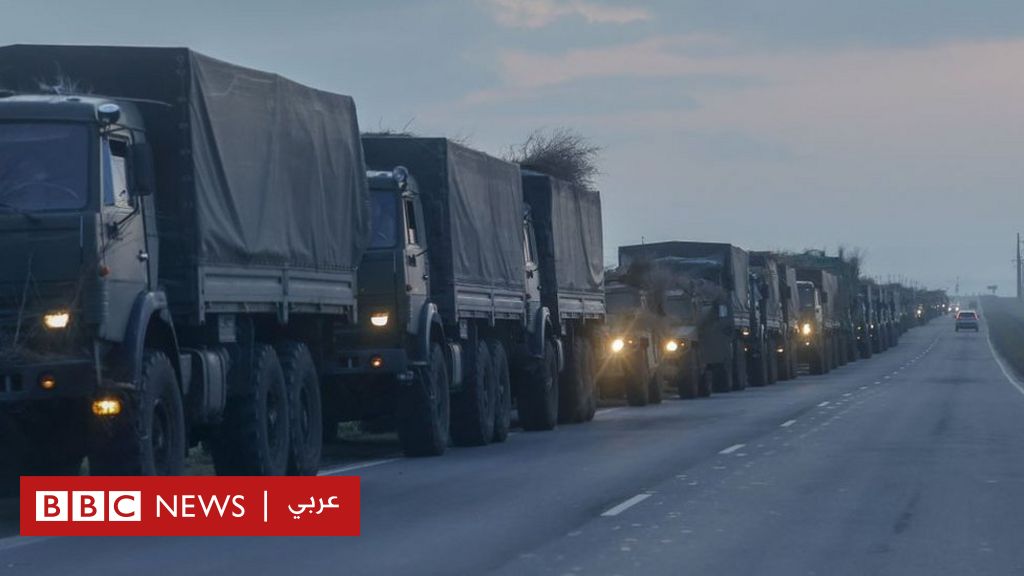 Russian President Vladimir Putin announced the implementation of a “military operation” in the Donbass region, eastern Ukraine, which includes the regions of Luhansk and Donetsk.

This came in a televised speech to the Russian president, at the same time that the UN Security Council was asking him to stop, on Thursday morning.

Putin urged Ukrainian soldiers in the fighting zone in eastern Ukraine to surrender, lay down their weapons and return home. He also warned Ukraine not to hold it responsible for any bloodshed.

The US secretary of state said he was convinced Russia would invade Ukraine “before tonight is over”.

Blinken’s comments came from NBC’s Lester Holt, and the minister agreed with them.

“Do you have reason to believe that before this night is over, Russian forces will engage in something like a full-blown invasion of Ukraine?” Holt told Blinken in the early hours of Thursday morning.

Blinken replied: “I think so. Unfortunately, Russia has put its forces on the final standby point across the borders of Ukraine in the north, east and south. It seems that everything is ready for Russia to engage in a major aggression against Ukraine.”

Blinkin: “Look, I can’t give a specific date or time, but everything is ready for Russia to move forward.”

Meanwhile, Russia has issued a notice to civilian aircraft, warning that it will close virtually all airspace in eastern Ukraine on the border with Russia, according to an air watch group.

The Open Source Intelligence Monitoring Group says, in a tweet on Twitter, that Moscow has not yet provided “a limit or time to end (the shutdown)” in its notification to pilots or air missions of potential risks along the flight path or at a location that may affect the flight.

According to the group, the Russian authorities said that airlines should stop flying over any part of Ukraine due to the risk of accidentally shooting down planes, or a cyber attack targeting air traffic control.

Safe Airspace was set up by the Safe Airspace group to provide airlines with safety information after the downing of Malaysia Airlines Flight MH17 passenger plane, over eastern Ukraine in 2014.

The group raised the risk of flying over Ukraine to a “no-fly” level.

“Regardless of the actual movements of Russian forces into Ukraine, the level of tension and uncertainty in Ukraine is very acute. This in itself leads to significant risks to civil aviation,” its website said.

On the other hand, the European Union issued a list of senior Russian officials who have been sanctioned.

Kremlin spokesman Dmitry Peskov said separatist leaders in Donetsk and Luhansk, eastern Ukraine, had asked Russian forces to enter their regions to help in what they described as “repelling the aggression of the Ukrainian armed forces and units.”

Ukrainian President Volodymyr Zelensky has warned that Russia could start a “great war in Europe” any time now. He urged the Russians to oppose it.

He said in a speech late on Wednesday night that he had sought to hold talks with Russian President Vladimir Putin, but had been unsuccessful.

“I took the initiative to call the President of the Russian Federation, but the result was silence,” Zelensky said.

The United States accused Russia of planning the so-called “false flag” incidents, and provocations that were arranged to create a pretext for action.

On the Russian side, the Russian TASS news agency reported on Wednesday night that “the appeals of the separatist leaders confirm that due to the deteriorating situation and threats from Kiev, the citizens of the republics (Luhansk and Donetsk) were forced to leave their homes and their evacuation to Russia continued.”

Peskov said the separatists’ appeal for help emphasized that “the Kiev regime is geared towards resolving the conflict by force.”

Russian authorities have cited a number of incidents in eastern Ukraine as a possible justification for military action.

The rebel call for help would pave the way for Russian forces to enter eastern Ukraine. According to Russian media, the messages sent from the leaders of Donetsk and Luhansk are dated Tuesday, February 22.

Separatist leader Denis Pushilin said that the military mobilization in their regions was accelerating to confront what he described as Ukrainian aggression, adding that he could also ask for help from Russia. He accused Ukraine last week of planning an imminent attack and ordered the evacuation of civilians.

For its part, Kiev denied planning any attack on the separatist areas, and it later emerged that Pushlin’s order had been recorded two days before it was announced.

Ukrainian Foreign Minister Dmitry Kuleba commented that the separatist leaders’ appeal to Russia to provide military assistance to them is a further escalation of the security situation.

A senior official from Russia’s ruling United Russia party, who appeared next to Pushlin on Wednesday, said 93,000 people had so far been evacuated to Russia.

Ukrainian forces still control some parts of the provinces, which raised fears of Russian military action to force them out of the region.

According to US estimates, the Russian mobilization amounted to 150,000 soldiers along the Ukrainian border, and US officials said Wednesday that Russian forces continued to pour into rebel-held areas.

On Tuesday, the Russian parliament granted the government permission to use military force abroad.

Wednesday’s announcement by the Kremlin comes as Ukraine declared a 30-day state of emergency and ordered all military reservists not to leave the country.

Ukraine has urged its citizens living in Russia to leave immediately amid growing fears of a war between the two countries.

In addition to these developments, which have affected more than three million people, Ukraine has mobilized its military reserves and declared a state of emergency.

This Ukrainian warning to its citizens came at a time when the forces ordered by Russian President Putin, to enter the regions of Luhansk and Donetsk in eastern Ukraine as “peacekeepers” (according to the Russian expression), approached the Russian-Ukrainian border to deploy there after Putin recognized them as independent republics.

This comes as Russia began evacuating its embassy in Kiev and lowered the Russian flag over the embassy.

While Western countries took a sharp stance on Moscow and announced a series of sanctions against it for recognizing the separatist republics of Luhansk and Donetsk, and sending their forces there under the pretext of “peacekeeping”, a claim rejected by UN Secretary-General Antonio Guterres, and described by the West as nonsense.

Russia supports a bloody armed insurgency in eastern Ukraine that has been going on for the past eight years. As a result, nearly 14,000 people were killed, including many civilians.

The United States described Russia’s latest actions as ushering in the invasion. On Wednesday, a senior US military official said Russian forces were “no longer on base and ready to attack”, with the possibility of a large-scale invasion at any moment.

The Ukrainian military said it had called up all reservists between the ages of 18 and 60 for a maximum period of one year.

Ukraine’s latest measures came as it was hit by a large-scale cyber attack on Wednesday, affecting government websites and banks.

A minister told Interfax-Ukraine news agency that services provided to many Ukrainian institutions, including the ministries of health, security and foreign affairs, had stopped working due to the malfunctioning attack. Such attacks aim to confuse websites by flooding the network with fake traffic and preventing them from communicating normally.

Russia has repeatedly denied planning to invade Ukraine, describing Western warnings as anti-Russian hysteria. However, this week Putin tore up the 2015 peace agreement for eastern Ukraine and described the country entirely as its creator.

In a video address published on Wednesday, Putin said Russia’s interests and security are not negotiable while insisting that Moscow is “open to direct and honest dialogue.”

In the field of political talks, arrangements for further discussions were suspended, as French Foreign Minister and US Secretary of State Anthony Blinken canceled planned meetings with Russian Foreign Minister Sergei Lavrov.

European Union leaders were invited to an extraordinary summit in Brussels on Thursday to discuss the crisis. In a message to members of the European Council, President Charles Michel said: “The aggressive actions of Russia violate international law, the territorial integrity and sovereignty of Ukraine. They also undermine the European security order.”

UN Secretary-General Guterres warned that the world was facing a “moment of danger” and called for de-escalation.

Ukrainian President Zelensky said he would consider severing diplomatic ties with Russia entirely because of the crisis.

It is not yet clear whether Russian forces have crossed the border into Ukraine. However, US satellite imagery has highlighted several deployments of troops and new equipment in western Russia, and more than 100 vehicles at an airport in Belarus near the Ukrainian border.

tell us your experiences

Are you a resident of Ukraine? The BBC would like to know your experiences in light of the current tension. How has your life been affected? What are your plans in the event of an armed conflict?