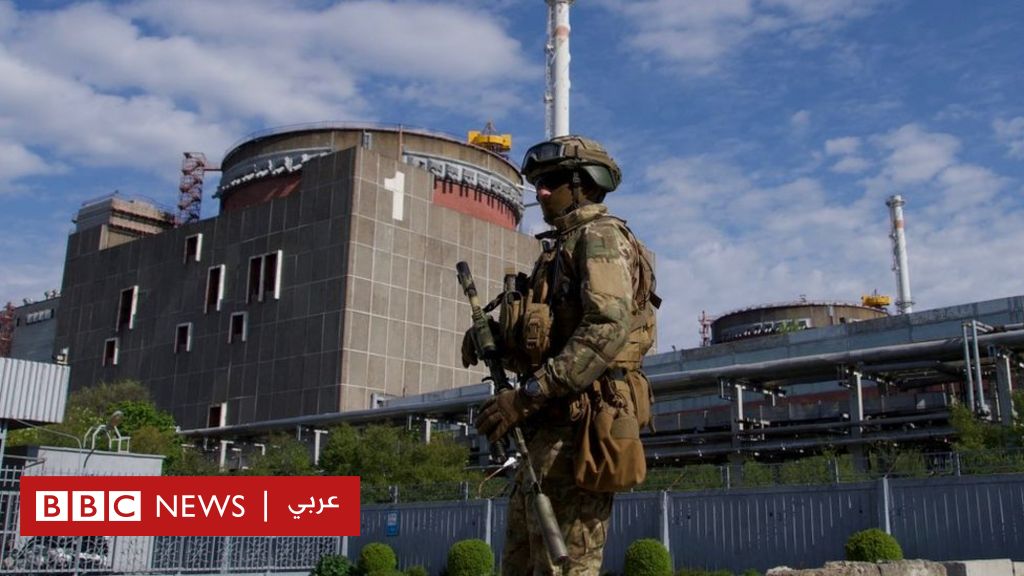 Kyiv and Moscow have accused each other of being responsible for the bombing of the nuclear facility, which Russia seized in March.

The UN Security Council met on Thursday to discuss the situation, and Secretary-General Antonio Guterres called on both sides of the conflict to stop fighting near the station.

At the Security Council meeting, the United States supported the call for a demilitarized zone and urged the International Atomic Energy Agency to visit the site.

Guterres warned that the fighting could lead to disaster at Europe’s largest nuclear facility, and Ukraine warned that Russia could cause the world’s worst nuclear accident.

Guterres was speaking ahead of the UN Security Council meeting to discuss recent developments.

Vassily Nebenzia, Russia’s ambassador to the United Nations, said the world was “on the verge of a nuclear disaster comparable in scope to Chernobyl.”

He added that officials of the International Atomic Energy Agency can visit the site as soon as this month.

On Wednesday, the G7 foreign ministers demanded that Russia return the facility to the Ukrainian authorities.

Reports from Ukraine said the Zaporizhia nuclear power plant was bombed again, and each side said 10 strikes hit the facility’s administrative offices and fire department on Thursday.

The facility and the surrounding area in central eastern Ukraine were bombed last week, and Ukraine says that Russia has turned the site into a military base, and launched attacks from it, knowing that the Ukrainian army would not respond, which Moscow denies.

“The Russian invaders once again bombed the Zaporizhia facility and the areas adjacent to the nuclear facility,” the Ukrainian nuclear agency said in a statement issued Thursday.

She added that an administrative office next to the welding department was hit and the grass nearby caught fire, but there were no injuries.

The Ukrainian nuclear agency added that the fire station near the facility was also targeted.

It was not possible to change the crews at the end of the working time due to the bombing, which required the crews to continue working for another period.

The agency said that the situation is currently under control.

Officials appointed by the Russian authorities issued a contradictory statement accusing the Ukrainian side of the attack, and said that the Ukrainian army used multiple launch rocket systems and heavy artillery. Neither party’s claims have been verified.

In Kyiv, Ukrainian President Volodymyr Zelensky warned that “Russia could cause the most dangerous nuclear accident in the world, (it would be) more dangerous than the Chernobyl accident.” Zelensky was referring to the 1986 disaster at the Soviet-built nuclear plant north of Kyiv.

Such an incident would be tantamount to Russia’s use of its nuclear weapons without an actual nuclear strike, Zelensky said.

It is noteworthy that the Zaporizhia facility is located in the city of Enerhodar in southeastern Ukraine on the bank of the Dnieper River. It consists of six pressurized water reactors, and stores nuclear waste.

Russia kept the Ukrainian staff after seizing the complex.

Watch .. a “specialist” reveals the causes of cracks in the walls… and calls for leaving the house in this case