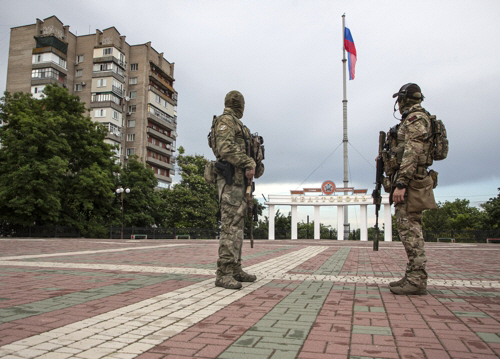 Reports have emerged that Russia is recruiting its prisoners as ‘bullet catchers’ to be sent to the front lines of the Ukrainian war. The cost of participating in the war is amnesty and money.

According to foreign media such as The Telegraph on the 6th (local time), Russian investigative news media IStoriz reported that such a proposal for prisoners in the St. Petersburg prison was being made secretly.

If they return alive six months after being sent to the battlefield, they will pay 200,000 rubles (about 4.1 million won) and immediately release regardless of the remaining sentence. There is also a condition that if you die during the war, 5 million rubles will be paid to the bereaved family.

According to the report, at first, it was selected from among prisoners with military service experience, but now it is known that it is possible to apply without military experience. However, prisoners who have served more than 20 years in prison are excluded.

There are currently about 200 applicants, and about 40 of them are said to have undergone a pre-test, such as a lie detector. Prisoners selected through this process will be sent to the battlefield as ‘ghost soldiers’ without identification.

An inmate’s family interviewed IStorys said, “I said to the prisoner, ‘I will give you a chance to defend the country’.

According to them, all explanations and procedures were done orally, and nothing was left in writing.

IStorys estimated that the Russian private military company ‘Wagner’ was behind the recruitment of prisoners, and that the Russian Federal Security Service may have been directly or indirectly involved in this incident.

[김용대 원장 건강칼럼] Diabetic retinopathy is the number one complication for diabetic patients to watch out for.

The analyst predicted the growth of the dollar to 70 rubles