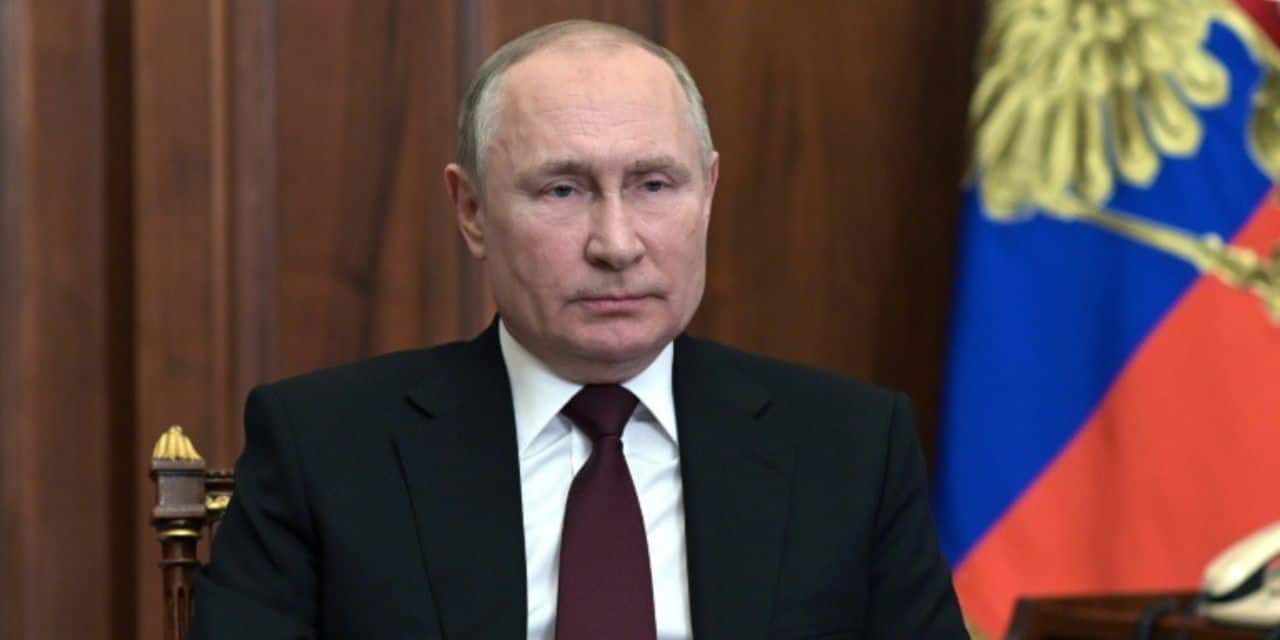 Since the Russian invasion of Ukraine, sanctions have rained down: cancellation of the Sochi GP; athletes declared persona non grata in Great Britain, Norway, Sweden; refusal of the Poles, Swedes and Czechs to face them in the dam of the World Cup-2022; Russian anthem and flag banned by the International Olympic Committee (IOC); and now calls for an exclusion from the next World Cup, a planetary event that Russia hosted in 2018.

“Russians are passionate about sports. Hosting major events has them excited ‘and being sidelined’ will immediately trigger questions about what’s going on. Putin may not really care what the rest of the world thinks But he has to be careful what the Russian people think of him,” Michael Payne, the IOC’s marketing boss for two decades, told AFP.

Another possible danger is the positions taken by athletes who, like tennis player Andrey Rublev, international footballer Fedor Smolov, hockey player Alex Ovechkin or cyclist Pavel Sivakov, have publicly expressed their rejection of war: this can “only incite people to question the actions of their leaders, and to undermine national support for the war,” Payne said.

Also a former IOC official before participating in five successful bid campaigns for the Olympic Games, Terrence Burns is less affirmative on this point: “The government will portray Russia as the victim of a great global conspiracy fomented by the United States. United and the West.”

But the question is no longer there, he explains, convinced that now, “Russia must pay the price for what it has done, and unfortunately that includes its athletes”.

Will the economic balance of European professional sport be called into question, in particular by the cancellation of contracts? Manchester United have announced they are breaking their sponsorship deal with airline Aeroflot.

A source familiar with the discussions on the subject confirmed to AFP that UEFA was “preparing” to take a similar decision this week with the giant Gazprom, on a contract concluded in 2012 and estimated by the specialized media at 40 million euros annually.

The American Formula 1 team Haas has removed the Russian colors of its main sponsor Uralkali from its single-seaters and is due to announce a decision this week regarding its relationship with this group specializing in potash. “Russian mega-sponsorship deals are a recent phenomenon (…) Sport was doing very well without Russian mega-sponsors ten years ago, it will continue to do very well,” said Terrence Burns.

For the French geopolitical scientist Lukas Aubin, “if UEFA decides to separate from Gazprom, there will be an impact. But these are large institutions. We can imagine that another will replace them. They will have no trouble finding a big sponsor knowing that the Champions League is one of the most watched competitions on the planet.”

“There, we have the feeling that the hour is too serious for the sports institutions to say + Good, we can’t really do it because it’s Russia, Gazprom finances the Champions League, etc. +. J I have the feeling that we are at a breaking point and that the measures which will follow will be unprecedented”, continues the academic, author of “La Sportokratura sous Vladimir Poutine”.

“By not reacting, the sporting world has a lot more to lose than the loss of one or two Russian sponsors,” warns Michael Payne. “The sports world needs to wean itself off of Russian money,” says Hugh Robertson. “The Russian invasion of Ukraine will have an impact on the sport, but the consequences of inaction or procrastination would be much more serious.”

Sports sanctions can have “a huge impact on society”, reminds Michael Payne: “The boycott of South African sports during apartheid had as much, if not more, effect than economic sanctions, pushing the regime to change of politics.”