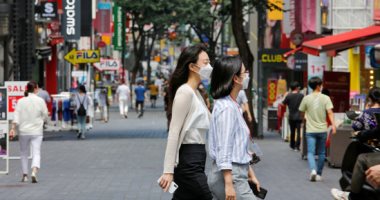 South Korea’s National Statistics Agency announced that the country broke its previous record for the lowest fertility rate in the world last year, as the country’s total fertility rate, which represents the average number of children a woman gives birth to in her lifetime, fell to 0.81 in 2021 – down three points from 0.84 the previous year, figures from Statistics Korea revealed.

According to the agency, only 260,600 babies were born in the country of 51.7 million last year, raising concerns about the shrinking and aging population.

The fertility rate was 4.53 in 1970 when the government in Seoul first began collecting data. It has been in steady decline ever since, with the decline accelerating in the 2000s amid financial turmoil.

The number fell to less than 1.0 in 2018, as young Koreans faced unemployment, rising housing prices, child care and education.

The number of deaths exceeded the number of newborns in South Korea for the first time ever in 2020.

A country requires a fertility rate of 2.1, which means that a woman gives birth to at least two children, so that she can maintain her population size without emigrating.

The Organization for Economic Co-operation and Development (OECD), of which Seoul is a part, has projected a decline in the fertility rate for decades.

However, South Korea is the only country out of the 38 members with this score below one, and in the United States, the fertility rate was 1.66 in 2021, while in Japan it was 1.37.