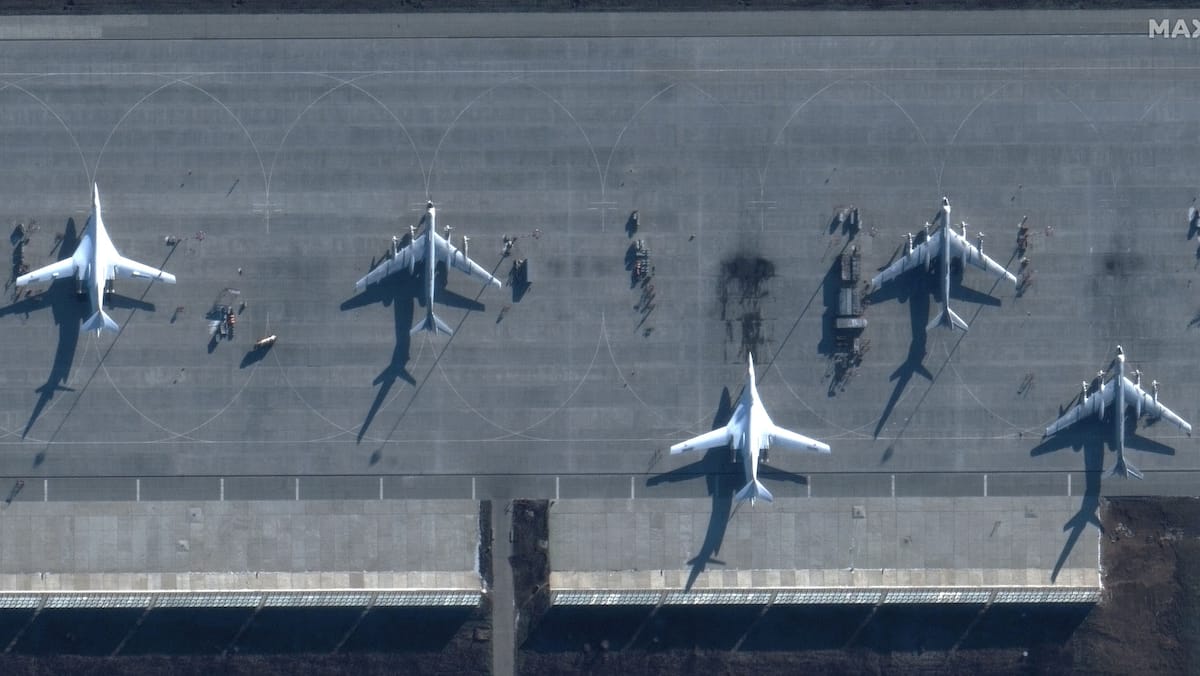 Two Russian airbases in the center of the country were targeted by Ukrainian drones on Monday, killing three, the Russian Defense Ministry said in a statement.

• Read also: Another salvo of Russian missiles is launched in Ukraine

On Monday morning, “the Kyiv regime (…) attempted to carry out strikes with Soviet-designed drones on the air base of Diaguilevo in the Ryazan region and that of Enguels in the Saratov region”, indicates the text.

The ministry accuses the Ukrainian forces of seeking to “disable Russian long-range planes”, used for the strikes which have targeted numerous energy infrastructures on Ukrainian territory in recent weeks.

If these “jet drones” were intercepted by Russian air defense systems, their debris fell on the territory of the air bases attacked, causing explosions and “slightly” damaging two planes, according to the press release.

Three Russian soldiers “were mortally wounded” in these attacks and four others were hospitalized, according to the same source.

Despite these attacks, “a massive strike carried out with high-precision weapons” at around 1200 GMT on Monday targeted Ukrainian military sites and energy infrastructure linked to Ukrainian forces, the statement said, adding that a total of 17 targets were hit. .

Several Russian media reported during the day, citing local officials in particular, that two airbases in central Russia, one of which is used for strategic aviation and is used to carry out strikes against Ukraine, were rocked on Monday by explosions.

Speculation on Russian social media immediately suggested that Ukraine might be behind the explosions, even though both sites are located hundreds of kilometers from the Ukrainian border.

Vladimir Putin was informed of these incidents, said Kremlin spokesman Dmitry Peskov earlier in the day.

“The president regularly receives information, coming from the appropriate services, on everything that is happening,” he declared to the press, without further details.

Kyiv has so far claimed no responsibility for any of the explosions.

He is electrocuted while working at the CFE post