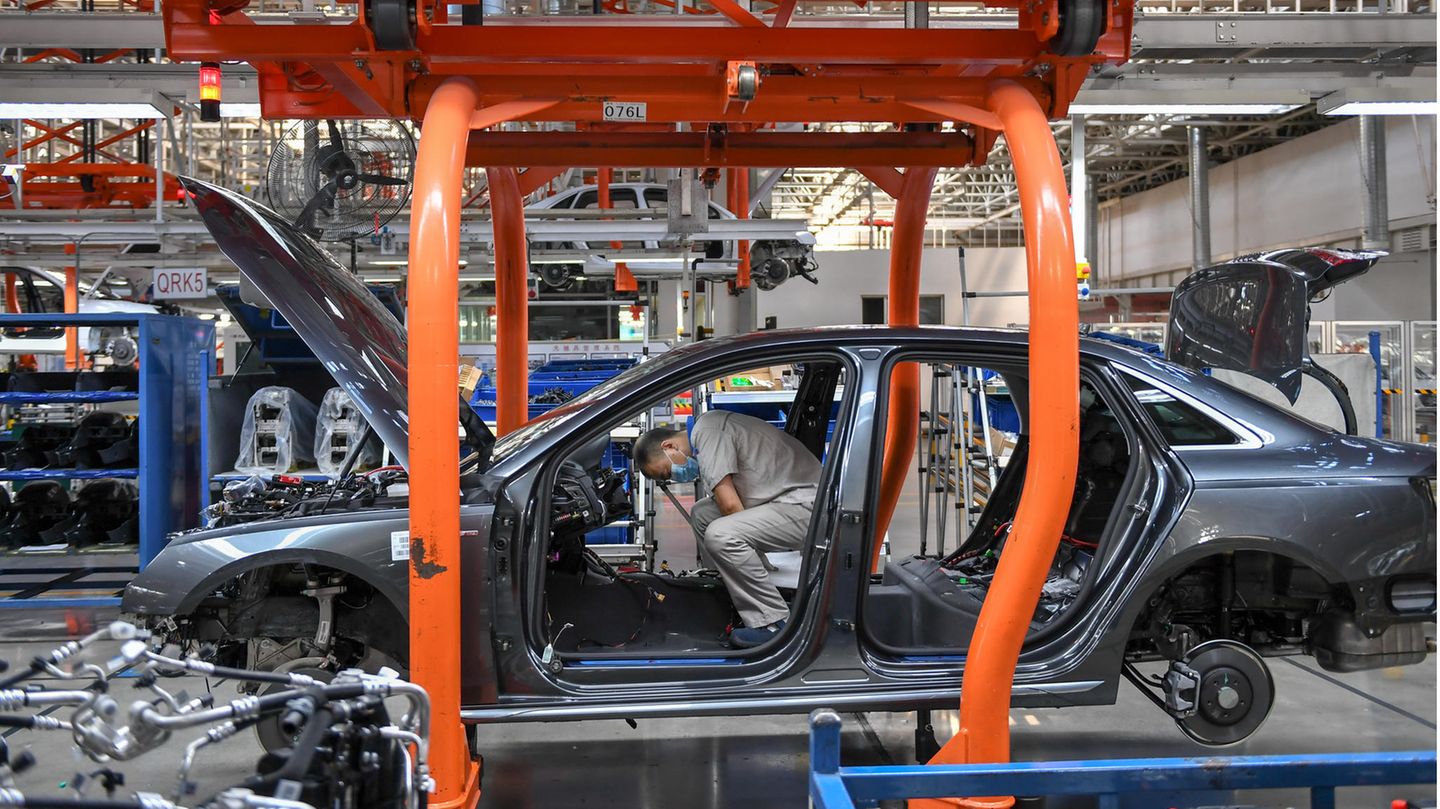 The major Russian attack on Ukraine has far-reaching consequences for the economy. VW, Mercedes and BMW, among others, produce vehicles in Russia, and many medium-sized automotive suppliers are based in the Ukraine. What effects does the war have on the car companies?

Ukraine is under attack from Russia. On Friday, the Russian military advanced as far as the Ukrainian capital, Kiev. Meanwhile, the US and the EU have imposed tough sanctions on Russia. These also affect the car companies in the country.

German automakers like VW, Mercedes and BMW operate factories in Russia. Of all German car manufacturers, VW has the largest factory in Russia: around 4,000 people work at the plant in Kaluga, southwest of Moscow. 118,000 models from VW and its subsidiary Skoda rolled off the assembly line there last year. At the plant in Nizhny Novgorod there were more than 52,000 vehicles. Volkswagen thus has a share of almost twelve percent in the Russian market and is in third place. The German car manufacturer sells almost 200,000 vehicles in Russia every year.

Skoda writes larger sales figures in the country. Every tenth vehicle of the VW subsidiary is produced in Russia. A company spokesman was correspondingly concerned about the escalating situation on Wednesday. It is constantly being reviewed what impact this has on employee safety and business, he said.

BMW recently extended its expiring partnership with the Russian car manufacturer Avtotor until 2028. The plant in Kaliningrad is to be expanded for the equivalent of 350 million euros. The Munich-based company has a market share of around three percent in Russia. Avtotor assembles the BMW vehicles, and in the future they will even be completely built there. Most recently, BMW produced around 10,000 cars a year at its Russian location.

Mercedes also has a market share of around three percent. According to the company, Russia is an important European market and production location. The “Frankfurter Allgemeine Zeitung” quotes Mercedes boss Ola Källenius: “Our thoughts are with the people in Ukraine. Business is secondary.”

Largest automaker in Russia is preparing for a chip shortage

Nicolas Maure, top manager of the Russian car manufacturer Avtovaz, had already prepared his employees for a possible war and subsequent sanctions in the past few days. He had instructed his employees to look for alternative sources of supply for electronic chips and other parts. Avtovaz belongs to the Renault group and is the largest carmaker in Russia.

The company records around 90 percent of its sales (a total of around 2.8 billion euros) in Russia and contributes around six percent to the total sales of the parent company Renault. Although the Avtovaz business fell slightly last year, the car manufacturer was still able to increase its sales in Russia by a good ten percent.

In addition to US sanctions against Russian banks and transactions by Russian financial institutions, the government in Washington is banning the export of high-tech products to Russia. These include semiconductors, the main component of chips, computers, as well as telecommunications and encryption technology. This should also apply in part to products that are manufactured abroad but contain US technology. US President Joe Biden said: “This will cause serious costs to the Russian economy, both immediately and over time.”

A Japanese chip industry source, who asked to remain anonymous, said the situation was less dramatic: “Chipmakers are not feeling the direct impact, but the companies that supply them with materials used in semiconductor manufacturing are buying gases, including neon and palladium, from Russia and Ukraine.” The availability of these materials is already scarce, so any further pressure on supplies could drive up prices. “That in turn could translate into higher chip prices.”

“We understand that reports of potential supply disruptions for minerals and noble gases due to ongoing tensions between Russia and Ukraine are worrying for the semiconductor industry,” said memory chip maker Micron Technology. However, he added that he had “diversified” his sourcing. This is apparently also the case with other chip manufacturers. They had already changed their supply chains due to the trade dispute between the USA and China, the corona pandemic and the diplomatic dispute between Japan and South Korea. Some companies had already initiated these measures after the annexation of Crimea in 2014.

Productions in Ukraine are at a standstill

In the Ukraine, all productions are now completely at a standstill. According to the German-Ukrainian Chamber of Industry and Commerce, there are around 2,000 companies there with German participation. A large part is based in the west of the country, 700 kilometers away from the main conflict site. The automotive supplier Leoni has stopped production at its two Ukrainian plants and sent the workers home. One follows the escalation of the situation with “bewilderment”. Many medium-sized automotive suppliers are based in the Ukraine.

According to the German-Ukrainian Chamber of Commerce and Industry, before the situation escalated, there were more and more investment requests from German companies. Peter Adrian, President of the Association of German Chambers of Industry and Commerce (DIHK), is concerned: “The economic consequences of this invasion are not yet foreseeable, but they are certainly serious.”

“We must put Vladimir Putin out of harm’s way”

Mandouki is back, Créteil is sinking, derby for Racing and for Fleury… Your football weekend in Ile-de-France