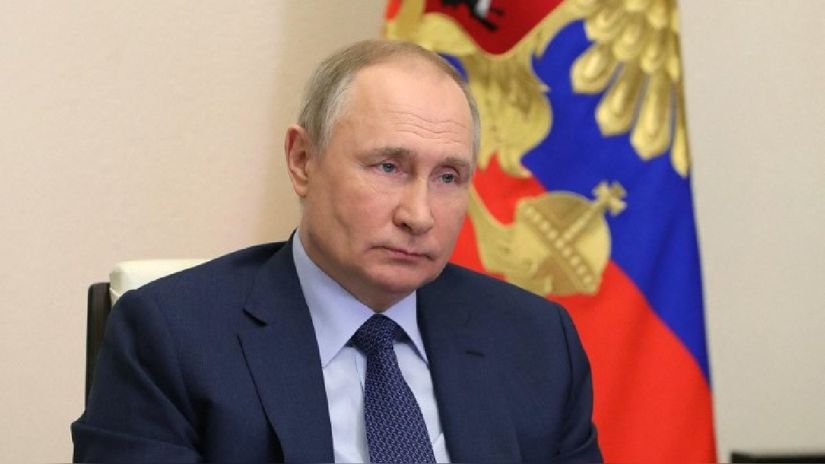 Russia find the division of Ukraineaccording to the Korean model, according to the head of the Ukrainian military intelligence, Kyrylo Budanov, who affirms that this is the purpose of Moscowhaving failed in his plan to take over the entire country.

The Russians have failed to bring down the Ukrainian government, as the president intended Vladimir Putinand have suffered heavy defeats in kyiv, says Budanov, in a message posted on his Facebook account.

“There are reasons to think that Putin contemplates a Korean-style scenario, consisting of a dividing line between the occupied and non-occupied regions of our country,” continues the head of the Intelligence Department of the Ministry of Defense -GURMO-.

The efforts of the Russian troops are now concentrated on creating a land corridor with Crimeaannexed by Russia in 2014, in what they have run into, according to Budanov, with the “indomitable and brave” defense of the beleaguered city of Mariúpol.

The Russian high command concluded on Friday the so-called first phase of its intervention in Ukraine and assured to focus now on what he described as the “liberation” of Donbas, the self-proclaimed separatist republics in the east of the country.

the ukrainian president, Volodymyr Zelenskyhas repeatedly made it clear that any negotiation with Russia must lead to “significant results”, under the premise of respect for the sovereignty and territorial integrity of his country.

In a recent message, the Ukrainian leader insisted that territorial integrity must be “guaranteed” and warned that his population “will not accept any conditions” that do not respect that sovereignty.

His Foreign Minister, Dmytro Kuleba, also denied a few days ago that kyiv and Moscow were close to reaching agreements on four of the six points discussed as part of the peace talks.

Kuleba pointed out that “there is no consensus” with Russia, in response to statements by Turkish President Recep Tayyip Erdogan, who had spoken of some agreements, such as Ukraine’s withdrawal from joining NATO.

The cancer incidence rate in Belgium is one of the highest in Europe: “We could reduce cancers there by 40%”