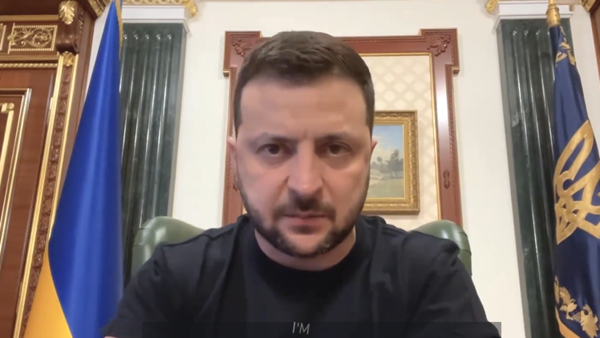 While the Russian forces escalated their attack on the cities of eastern Ukraine with the entry of their military operation into the fourth month, Ukrainian President Volodymyr Zelensky stressed that the field situation is very complicated, especially in Donbass and Kharkiv.

And he added, in a video clip on his Facebook page, today, Sunday, that the main goal is to provide his country with weapons, noting that Ukraine’s partners will provide military aid early next week.

He described the situation in Donbas as complicated again, and asked for support from allies to protect freedom in his country, he said.

Zelensky’s comments came as the Russian Defense Ministry said on Saturday that its forces and allied separatist forces are now in full control of Lyman, the site of a railway junction located west of the Seversky Donets River in the Donetsk region bordering Lugansk.

For his part, Ukrainian Presidential Adviser and negotiator Mikhailo Podolyak called again, on Saturday, for the delivery of US-made long-range multiple missile launchers.

US officials told Reuters that sending such systems was being seriously considered, with a decision likely to be made in the coming days.

In turn, the Ukrainian army said that its forces repelled eight attacks on Donetsk and Luhansk in the past 24 hours.

The British Ministry of Defense said in its daily intelligence report that if Russia succeeds in controlling these areas, the Kremlin is likely to view this as a “substantial political achievement”.

It is noteworthy that the Russian advance in the east came in the wake of a Ukrainian counterattack that pushed the Russians to retreat away from the city of Kharkiv this month, but Moscow prevented Ukrainian forces from attacking the back lines of the Russian supply lines to Donbass.

Last March, Moscow announced the launch of the second phase of its military operation, which began on February 24 on Ukrainian territory, in order to control Donbass, and open a land corridor connecting the eastern regions of the Crimea, which it annexed to its territory in 2014.

Got up in the morning, then disappeared; The girl was found dead in a girls’ home in Konni