By message laboratory of artificial quantum systems of the Moscow Institute of Physics and Technology, a quantum integrated circuit based on five superconducting qubits was created for the first time in Russia. This is an important step towards the development of full-scale general purpose quantum processors and simulators. Formally, the development can be called a prototype of quantum processors, which are still very few in the world.

A sample of an integrated circuit based on five superconducting qubits in a holder. Image source: MIPT

For the first time, MIPT specialists announced the development of a superconducting qubit in Russia in 2015. A year later, physicists began experiments with a two-qubit chip. Today, scientists are ready to experiment with quantum computers and simulators based on five-qubit chips, which will significantly increase the value of research.

According to Russian physicists, in the coming years from quantum systems most of all practical benefits can be obtained in the field of machine learning and working with neural networks. On quantum systems, neural networks can operate with fewer parameters, which will significantly speed up data processing. Also, a significant effect from the use of quantum platforms can be obtained in process simulators that cannot be calculated on ordinary computers in a reasonable time.

“The integrated circuit was developed in the laboratory of artificial quantum systems of the Moscow Institute of Physics and Technology and manufactured on the technological base of the Center for Shared Use of the Moscow Phystech, – reported on the website of the institute. – The first measurements showed that all elements of the circuit operate with the expected parameters. At the moment, MIPT has a unique opportunity to independently develop, manufacture and test quantum devices. “ 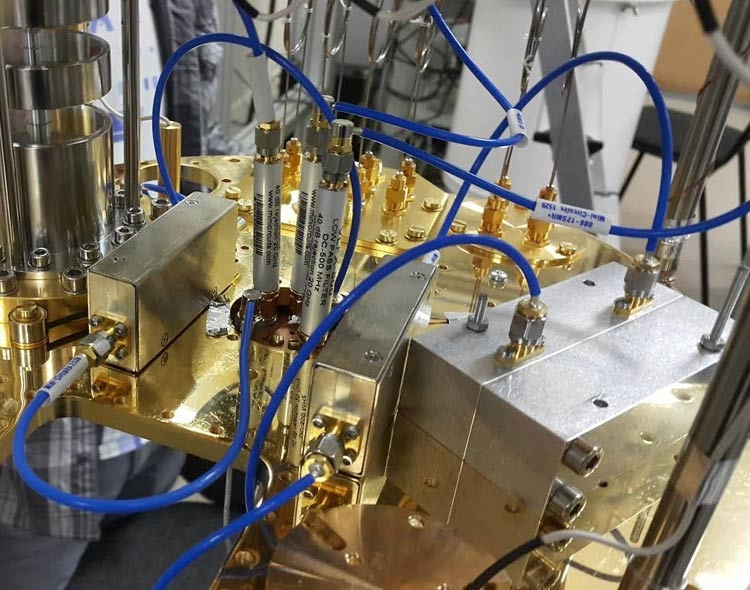 The success of the development provided a number of key factors. The main factor was the experience of the employees and the deployed production and scientific equipment. In the course of many years of research, scientists were able to “Significantly improve the control of geometric and electrical parameters of tunnel contacts.” Physicists have also debugged the technology for manufacturing microwave resonators, which are located on a chip near qubits and are used to read their quantum state. Another important milestone in the development was the debugging of the manufacturing process of suspended bridges (air bridges), which allow suppressing parasitic resonant modes and thereby increasing the Q-factor of structures.

According to employees, the capabilities of the center and laboratory are sufficient to complete all the steps required to create elements of quantum processors from technological drawings to an integrated quantum circuit on a chip and its measurements. But to create a full-fledged quantum computer requires additional equipment of the laboratory and modernization of the “clean room”. And this reservation is not without reason. Funding for the development of a Russian quantum computer can cut with all the ensuing consequences.

The lunar orbiter KPLO will launch next August.