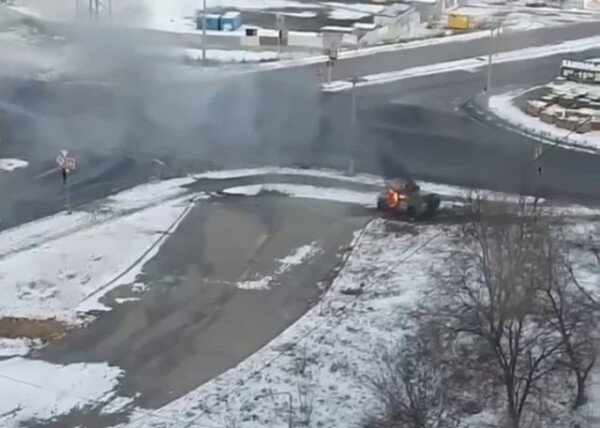 Russian troops, which have been attacking Ukraine for the fourth day, are reported to have entered Ukraine’s second city of Kharkiv (Russian name Kharkov) on the 27th (local time) and are fighting.

According to Reuters, Ukraine’s Strategic Communications and Information Security Agency said through Telegram that “enemy vehicles are moving through the city.” “This information has been confirmed by the local Civil Defense Ministry.”

He added, “Due to the operational situation, traffic in the Olexiivka area has been suspended.

According to Ukrainian local media, fighting has begun in Kharkov and several armored vehicles have been deployed on the street.

As Russian President Vladimir Putin officially announced an invasion of Ukraine, gunfire and explosions followed. The photo shows Kiev, the Ukrainian capital, burned by an explosion caused by a bombing on the 24th (local time). (Courtesy of the Office of the President of Ukraine)

Earlier this morning in Kharkov, a natural gas pipeline was blown up by a Russian attack. Ukraine’s state-run special communications ministry said on Telegram that the explosion was not caused by a nuclear attack, but that the size of the explosion was similar to that observed with the naked eye. It is not yet known how the attack will affect Ukraine’s oil pipeline business.

Porfirio Rubirosa, the scammer who did not need Tinder