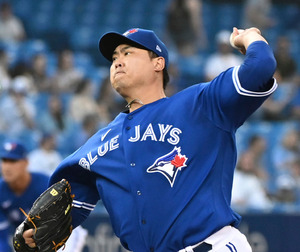 Coach Charlie Montoyo said, “Hyun-Jin Ryu’s physical condition has improved a little before the match against the Tampa Bay Rays in the Major League Baseball 2021 season to be held at Tropicana Field in St. Petersburg, Florida, USA on the 21st (Korea time). “I’m going to start throwing the ball today or tomorrow.”

The day before, Ryu Hyun-jin complained of discomfort in his neck and was placed on the 10-day Injured List (IL). Usually, these facts are reported directly by coaches, but Toronto general manager Ross Atkins announced the news of Ryu Hyun-jin’s listing in the IL.

Local media criticized Ryu Hyun-jin and sees him as the 4th or 5th starter for Toronto’s ace. With the regular season fast approaching, Toronto are vying for the American League wildcard. In the past, Hyun-Jin Ryu’s departure would be seen as a blow, but Hyun-Jin Ryu needs time to sort out the slump.

On the other hand, to the news of Ryu Hyun-jin’s listing in the IL, Toronto fans also responded that it was good, not disappointing.