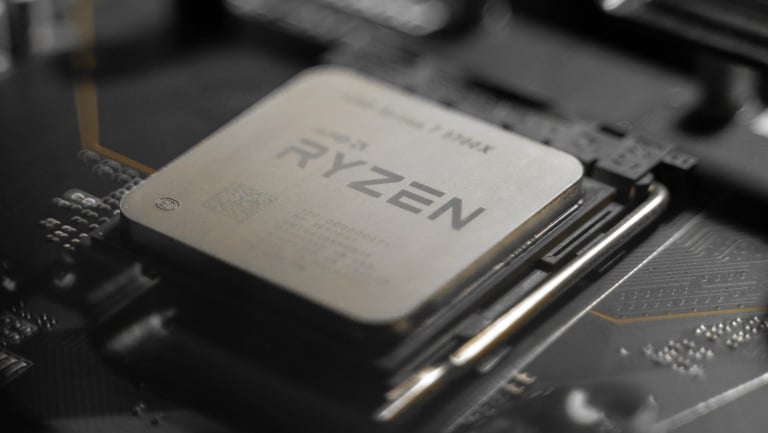 It’s official ! It was at this Computex 2022 that AMD finally announced its new generation of processor. The big Taiwanese meeting gave the brand the opportunity to present the AMD 7000 processor range, which then succeeded the Ryzen 5000 which was able to stand up to the 12th generation Intel Core chips.

Intel’s big competitor, AMD is trying to stand out from the computer giant by offering 5 nm engraving, which is still not up to date at Intel.

The Ryzen 7000s offer a brand new AMD Zen 4 architecture, which can exceed 5 Ghz in turbo frequency. On the core side, the recipe does not change and AMD remains on a formula based on 16 cores.

The purpose of this new architecture is more for the purpose of optimizing the frequency and increasing the cache.

As for compatibility, the Ryzen 7000 range says goodbye to the AM4 platform (the location of the motherboard where the processor is fixed) which dates from 2017, and accommodates the AM5 socket. The Ryzen 7000 chips will get more out of this socket that can accommodate it natively. With this frequency evolution, AMD intends to improve the performance of each core independently by +15% compared to their old chips.

AMD is also updating, integrating PCIe 5 standards, USB to GB / s, Bluetooth LE 5.2, Wifi 6e, as well as DDR5 memory. On the positive side, unlike Intel which regularly changes sockets, AMD does not want to punish their historical buyers and leaves compatibility of current AM4 cooling systems on socket AM5.

Small bonus, the Ryzen 7000 processors offer an integrated graphics chip engraved in 6 nm to these AMD Zen 4 chips. The range will let users benefit from an IGPU RDNA 2, just to please companies that do not necessarily have the need to have beasts of graphic power in their machines. In addition, AMD confirms that the use of this integrated graphics processor will not draw too much on consumption.

Released a few years ago, the Ryzen 5000 processors undermined Intel, which had until then used to take over its competitor. With its Zen 3 architecture, AMD has been able to correct its shortcomings, such as temperatures that can rise quite high, and has been able to stand out on the price of its chips.

Intel had to take drastic measures to retain its loyal customer base, including slashing its prices to meet AMD’s aggressive offers.

Even if Intel intends to surprise us with its 13th generation of CPUs, AMD leads the dance with its Ryzen 7000.

For the release window, nothing is official, but given the arrival of Intel in the vicinity, AMD could well be aiming for the fall of 2022 to introduce us to their new line of processors.

These are the offers, promotions and discounts if you pay with PayPal