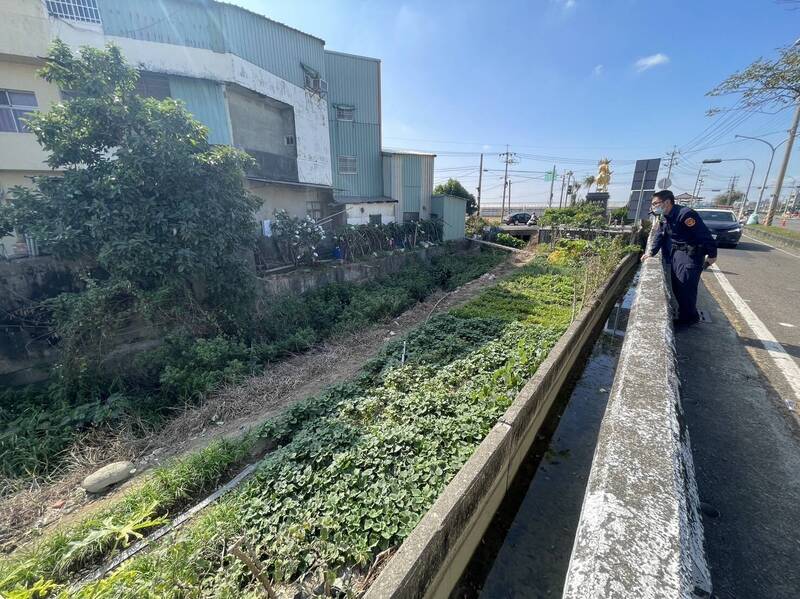 [Reporter Cai Zongxun/Chiayi Report]In Xingang Township, Chiayi County in June, a pharmacist surnamed Zhao lost contact after riding a motorcycle to deliver medicine on the 5th. His family members found out that there was something wrong and called the police. Zhang Zhifu, the director of the Xingang Branch, immediately assisted with other police officers along the way to find him. In the middle of the night on the 5th, a pharmacist surnamed Zhao was found stiff and apparently dead in a roadside gully.

According to the police, the 67-year-old male pharmacist surnamed Zhao runs a pharmacy on Zhongshan Road, Xingang Township. , I often personally deliver medicines to my residence, benefiting many people. This time, there was an unfortunate incident on the way to deliver medicines, and everyone felt very sad.

It is understood that a pharmacist surnamed Zhao went out to deliver medicines by bicycle on the afternoon of the 5th. When he was passing the intersection of County Road 164 and Jia 76 Road in Datan Village, Xingang Township, he suspected that the medicine bag accidentally flew down the ditch beside the road. Mr. Zhao stopped and walked into the town. Gouchu wanted to pick up the medicine bag, and he might have a heart attack and fell to the ground for a while, but no one noticed while lying in the gully, and he couldn’t be rescued in time, which caused a pity.

Until dinner time on the 5th, the family still did not see the pharmacist surnamed Zhao returning home, so they called the police to assist in the search. Although the police found the pharmacist’s locomotive next to the Jia 76 line in Xingang Township, there was no sign of him. Zhang Zhifu asked the Xingang Fire Brigade to dispatch lighting vehicles and personnel to assist in the search. In the middle of the night on the 5th, in a ditch on the roadside not far from the locomotive, a pharmacist in dark clothes and a black helmet was found lying in the ditch. His body was stiff and he was obviously dead. People’s medicine bags.

After consulting the surveillance cameras at the intersection, it was found that when the pharmacist surnamed Zhao was passing the accident scene on a motorcycle, the medicine bag on the car accidentally flew down the ditch beside the road. Fang will test with the forensic doctor and preliminarily determine that the cause of death is psychogenic shock.

The corpse of an enthusiastic pharmacist surnamed Zhao was found in the middle of the night in Zhengou, still clutching the medicine bag. (provided by the police)

No need to smoke, no rush, now use the APP to watch the news and guarantee to win the lottery every dayClick me to download APP
According to how I see activities

Sebastian Vettel bids for parts of his F1 machine at charity auction[F1-Gate.com]