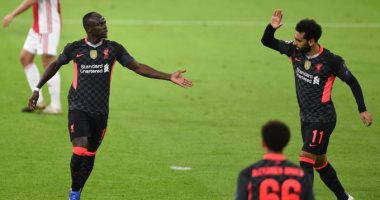 On the 5th anniversary of his presence at Liverpool, Senegalese Sadio Mane, the best player in Africa, has become one of the icons of world football, after he was able to draw a lot in the squad of Reds coach Jurgen Klopp, which was monitored by the British newspaper Daily Mirror under the title “Five years.” For Sadio Mane in Liverpool, between runners Mohamed Salah Jurgen Klopp’s mistake.

The report of the British newspaper monitored the player’s transfer 5 years ago and his great ability to influence the Liverpool squad since he set foot on the grounds of Anfield until now when he moved for 34 million euros from the ranks of Southampton.

The report pointed out the error he admitted اعترف Jürgen Klopp When he was shown Sadio Mane During his tenure in charge of the German club, Borussia Dortmund, after the Senegalese winger excelled with his country at the 2012 Olympics.

Jurgen Klopp then explained that the mistake he regrets and blames himself for is not using the player’s services, as he revealed that he met him and spoke with him and at that time Mane put the blond line in his hair and his personality closer to the rapper, which made him believe at the time that he had no time to train the player again.

He continued, “After 3 months passed, I was going to talk to myself so when I had the second opportunity to join the player, I took it, but it was with Liverpool.”

He concluded: “Sadio Mane was not the first choice for me, there were attempts to include Mario Gotze from Bayern Munich at the time, but he is a player who managed to develop himself and the talent of scoring goals.”

Sadio Mane’s brilliance in the first season and scoring 13 goals prompted the signing of Egyptian international Mohamed Salah from AS Roma, after he topped the list of top scorers in the capital team for two seasons, and with Roberto Firmino, the attacking trio was completed, which made them penetrate the opponents’ defenses amazingly.

And the “Daily Mirror” confirmed that Mohamed Salah started his career with the Liverpool team in an amazing way, after he scored 32 goals in the English Premier League and led his team to second place in the Champions League and the Premier League’s loss in the last round against Man City, and returning again with the local and European championship titles at the expense of Tottenham to achieve Their first victory in 30 years domestically with 99 points.

Just as a crisis in the France national team almost erupted between Chelsea striker Olivier Giroud and Kylian Mbappe before the start of the European Championship, tensions reached a peak when Mane responded angrily to Salah’s refusal to pass him in an attack in the Burnley match, in which the team was leading by three clean points, at which time the pharaoh chose to score.

And he increased the fire between the two, sharing them as the top scorer in the English Premier League season 2018/2019 with 22 goals, as Sadio Mane admitted that there are some differences between them, but it is still a pleasure to play alongside him, because I feel that we play the same kind of football.

The newspaper concluded its report on Mane, that the player, who reaches twenty-nine and is in the middle of the peak of his football career, is living his worst scoring seasons with Liverpool by hunting 16 goals, while Mohamed Salah remains at the forefront of the club’s scoring scene.

The newspaper quoted Sadio Mane’s statements, during which he confirmed that he did not know the reason for not scoring more goals, and that he was looking at himself in the mirror to know what was wrong with him, and whether he was following a wrong diet, which was proven to the contrary after conducting many analyzes in Liverpool .