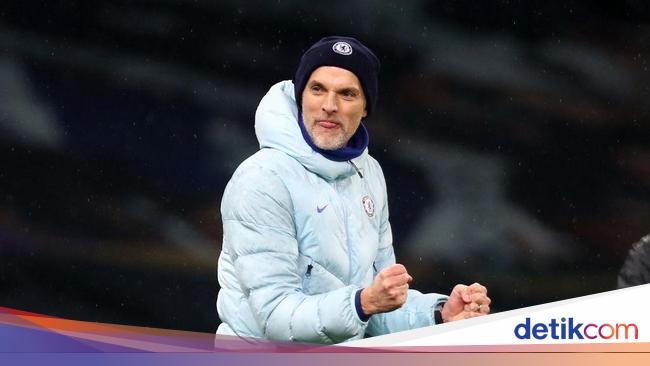 Chelsea are unbeaten since Tuchel took over from Frank Lampard’s coaching chair. Of the eight matches in all competitions, there have been six wins and two draws.

The Blues are also very strong in defense. So far there have been six clean sheets and conceded only twice.

This result gives a positive aura in the dressing room Chelsea. Mendy also talked about how the former Borussia Dortmund and Paris Saint-Germain tactician gave his players confidence.

“The coach gives confidence to all players. We know what he wants so when we are on the pitch, we have to prove why he chose us,” Mendy said as quoted by the Daily Mail.

“It’s very positive for all the players because he (Tuchel) gives us high self-confidence. We need to improve and play great football when we are on the pitch. “

“He’s very expressive. He shows it when he likes something. When you do well on the pitch and every day in training, in the game he gives full support.”

“He remains positive, but he also shows determination and that’s good for me and the team,” Mendy stressed.

Chelsea currently still breathing in the Champions League and FA Cup. Blue’s position under direction Tuchel now also have started to climb in the Premier League standings and are only two points away from the top four.

See Also:  How could it go on for him now?