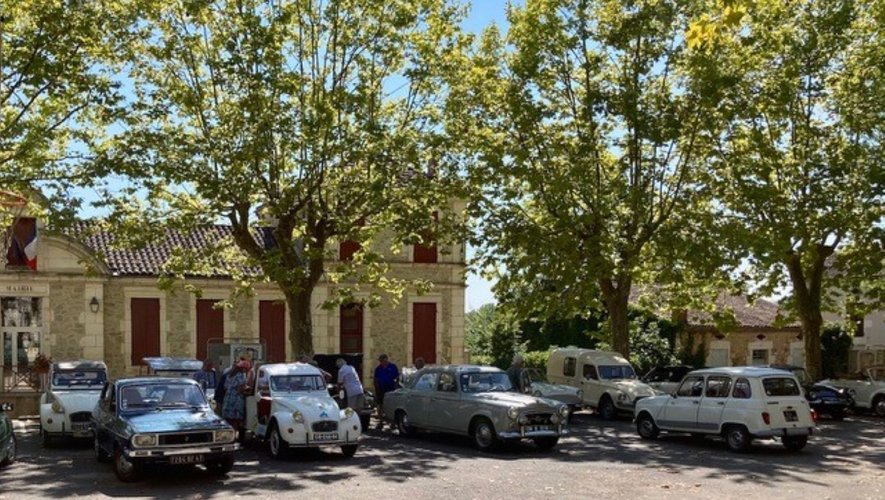 On Sunday July 24, Saint-Sardos received a visit from the car club Les Phares du confluent, a club bringing together more than 29 vintage cars that found their way to the town hall square.

For the 16th edition of its ballad through the countryside of the South-West, this club, based in Nicole (near Aiguillon) had chosen Saint-Sardos as the village of arrival. The crews were awaited by a team of elected municipal officials who had prepared a delicious snack and fruit juice for them to quench their thirst.

Club president Dominique Zigoni thanked the municipality for its hospitality.

It should be noted that a few lovers of old mopeds, from the club Les Rétrocyclettes du confluent (based in Damazan) accompanied them.

The Community of communes of the confluence and the slopes of Prayssas is very active in welcoming clubs and associations on its territory which appreciate the charm of our region and its diversity.