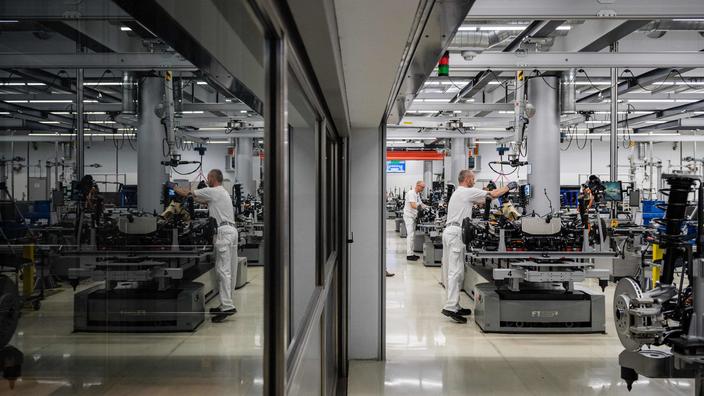 The rebound is better than expected. In the private sector, salaried employment grew by 0.5% in the first quarter, or 88,800 net job creations, according to final figures released Thursday by the National Institute of Statistics and Economic Studies, which thus revised upwards its estimate of May 7. With public employment almost stabilizing (-2,700 jobs), salaried employment increased overall in the first quarter by 0.3% (+86,100 jobs), after -0.1% (-22,800) in the previous quarter.

Read also :Covid-19 and employment: the French are in favor of changes

Employment is increasing in many sectors

The Minister of Labor, Elisabeth Borne, greeted Thursday evening on Europe 1 of “very good“Numbers, which show”the ability of our economy to rebound“And”the impact of massive aid, of the loan guaranteed by the State, of the solidarity fund, of partial activity, which made it possible to save jobs on a massive scale». «We nevertheless thwarted forecasts which were very pessimistic for some“, Even though there was still in the first trimester”health restrictions that were still present“, She congratulated herself.

Rest of the year more uncertain

While employment has continued to yoyo for a year, at the rate of confinements and deconfinements of the economy, the government expects, thanks to the recovery plan, 100,000 job creations this year, 300,000 by end of 2022.

But the rest of 2021 is much more uncertain. The second quarter, marked by a third confinement of the economy which will run until the beginning of the summer, should at worst show a negative balance, at best balanced. In March, according to the latest score from the Ministry of Labor, some 12% of private sector employees, or 2.3 million people, had been placed by their employer in partial activity, against nearly 9 million in April 2020 at most. height of the crisis during the first confinement.

In addition, experts expect 100,000 liquidations by the end of December, or double the normal, making up for a 2020 poorly supplied bankruptcy year, due to public support.