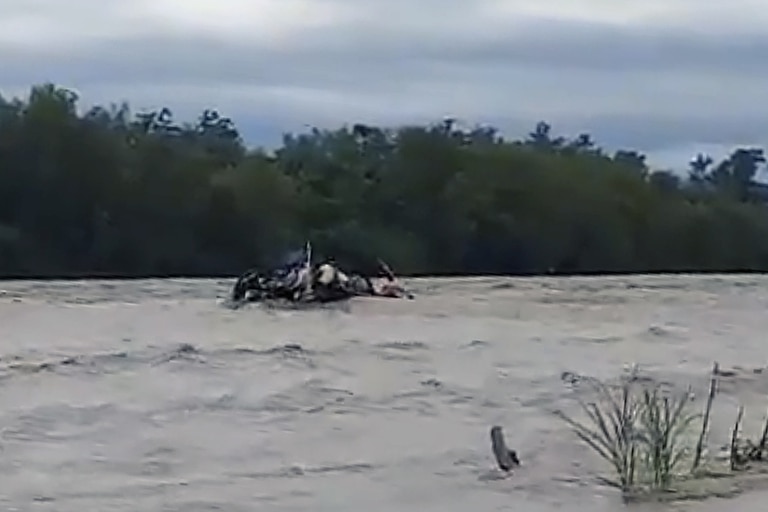 At least five people are intensely wanted in the Bermejo river after they fell into the water when they crossed in a rubber boat from Salta to Bolivia.

According to preliminary data, About 20 people were traveling on the boat when one of the sides of the boat exploded and part of the passengers ended up in the water. They were swept away by the strong current at the time of the event.

The gomón was looking for cross at the height of the international boundary between Bermejo and Aguas Blancas.

Speaking to the Bolivian press, one of the surviving women said that everything happened around 9:30 in the morning.

Due to the heavy rains, the flow had increased and the waves that were generated caused part of the passengers to start jumping off the rubber. On the other hand, those who stayed on top, as in the case of the survivor, they saw how the boat collided with a log, which caused one of the sides of the boat to explode. That caused other passengers to end up in the water.

The Oran Aviation Unit flew over the area with a GN919 helicopter and found remains of the rubber boat downstream. “It was possible to rescue an Argentine citizen, who stated that at the time of the overturning of the rubber boat, coming from the Bolivian side, he was traveling with his mother, his wife and his youngest daughter,” they told THE NATION.

See Also:  A woman reaches for the first time the presidency of Greece

In addition, from the helicopter six citizens were seen moving on foot from the Bolivian side, but it is unknown if they were occupants of the gomón.