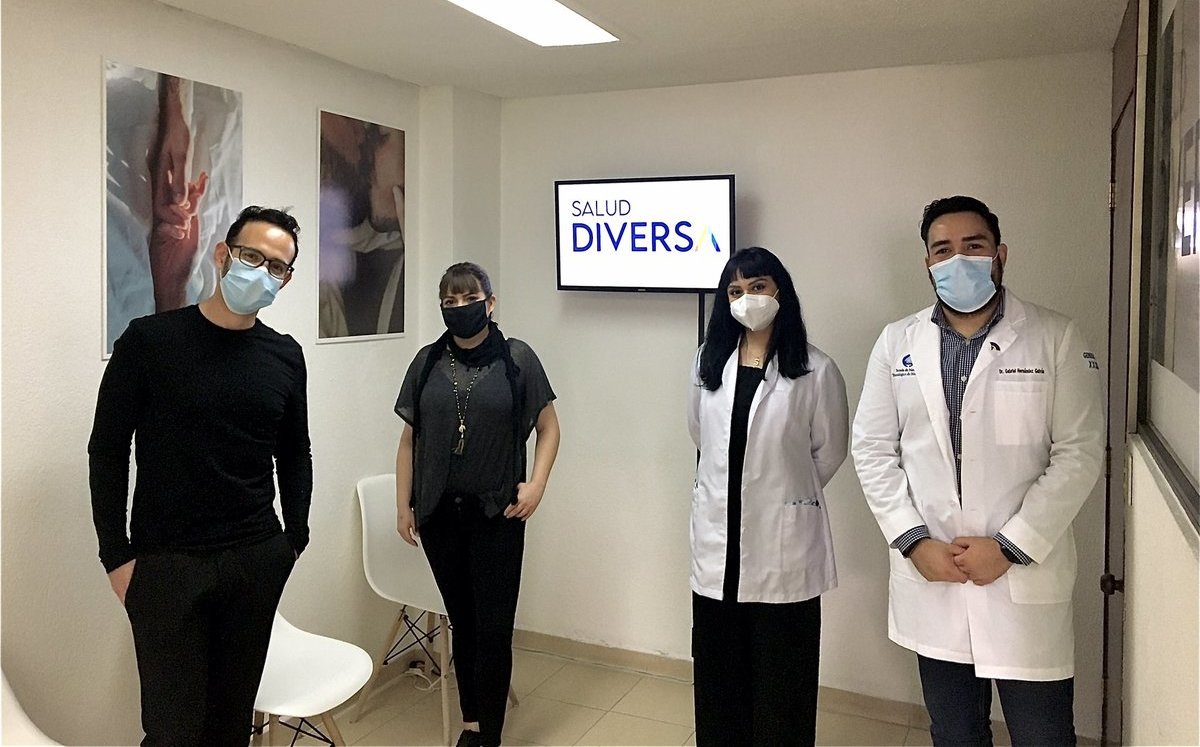 For a long time, the community LGBT+ has been stigmatized by society and public health doctors when approaching a health institution to undergo a medical examination and thus be able to detect a Sexually Transmitted Infection (STI).

Thus, medical specialists created Diverse Health, a specialized clinic for the care of people of sexual diversity, what they are looking for is that they feel free when approaching to detect a sexual infection.

“This clinic has been a big step for the community LGBT+, because we bring them to health care and information about their sexuality without prejudice. We were already tired of hearing how in health stays, trans girls, or other members of diversity are discriminated only for the fact of leaving for an HIV test or some other test to detect a sexual disease, “he explained. John Hincapié, Psychologist and Diverse Health Therapist.

This clinic has various services for your care, such as the area of ​​tests for the detection of Sexually Transmitted Infections (STIs), sexual health medical consultations, attended by a general specialist, as well as mental health services such as face-to-face, online, individual or group therapy, nutrition services and home screenings.

Omar Ramos, activist and partner of the place, detailed to MILLENNIUM, that the lack of sex education is one of the problems why la soCivil society has stigmatized screening practices of some sexual infection, for which he and his team carry out programs to sensitize all those who can lead a sexual life free of prejudice.

“We have the PrEP program, in which the necessary medical and psychological support is offered so that people can use pre-exposure prophylaxis, which helps in 99% protection against HIV, as well as the use of condoms such as condoms ”, he explained.

During the first quarter of 2020, the Ministry of Health registered 2 thousand 808 new cases of people infected with HIV. 45 percent were people between 15 to 29 years of age, followed by people aged 30 to 44 with 40 percent.

He details that HIV is another of the pandemics that has been on the rise, which is why he clarifies that it is “a form of prevention of virus infection, where HIV-negative people take a combination of drugs in a single pill (which is used also for treating infection) to reduce your risk of acquiring HIV and thus prevent the virus from establishing itself as an infection within the body. “

“We must be aware that this confinement due to the covid-19 pandemic, many people have more sexual relations than they normally did without a pandemic, so it may have increased rates of HIV infections and other sexual diseases,” he clarified.

Likewise, Diverse Health, has free HIV and Syphilis tests and some other services that incur some cost, but can also be delivered to your home.

“We are aware that the pandemic has left many unemployed, however what matters here is that we all have access to health. From the tranquility and privacy of its spaces. You only need to be able to schedule an appointment and make a quote for the service, since it will depend on the location of the interested people. ” Gabriel Hernandez, general practitioner.

This clinic has costs well below other commercial clinics that generate medical studies.

See Also:  climb 60 stairs in less than a minute

Those who need any service can visit them in Brussels N ° 6, Cologne Juarez, in Mexico City, or schedule an appointment through your social networks such as Facebook and Twitter, or by calling their direct service number: 5591550920.

“We are not going to look ugly at you, we are also part of the community LGBT+, and we know how you have felt rejected, singled out and stigmatized, so we are an option for you to feel free and safe ”, concluded the team.