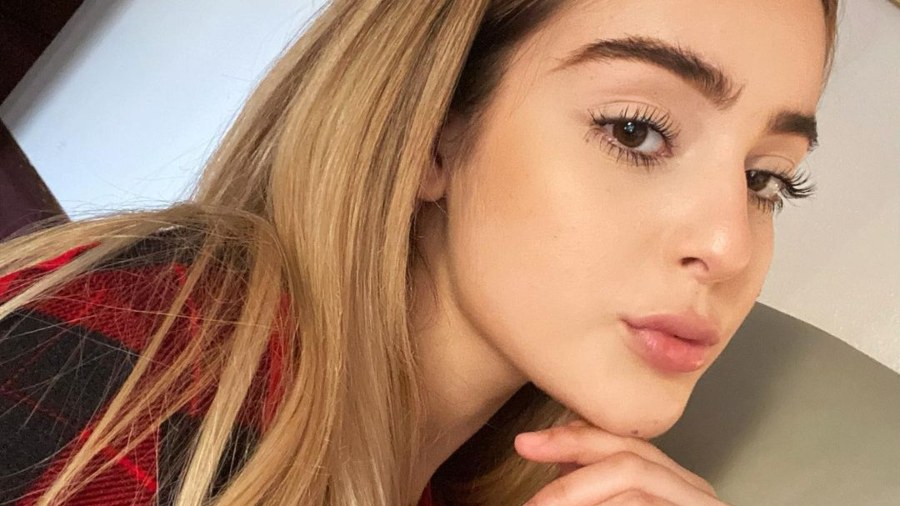 The famous Santaneca tiktoker even deactivated the comments on this video, with which she intended to show one of her achievements. But the criticism was not lacking.

Everything the popular Salvadoran tiktoker does Nicolle Figueroa He is widely commented on by his followers, who sometimes applaud his occurrences and at other times take things too seriously.

In her TikTok profile @nicollefigueroaa, the young woman has more than 1.7 million followers, who always support her in her audiovisuals, but one of the most recent has given a lot to talk about, and she also noticed this detail.

A few days ago he uploaded a video which he titled: “I bought my first car at 19, with a lot of effort by myself.”

The young woman is very proud of achieving her goals at an early age. Photo Capture TikTok

This audiovisual has more than 144,700 reproductions, 17,800 likes and zero comments? The latter is extremely strange, as she always causes a fuss with her clips.

Apparently it was she who blocked the comments in this material in which she gets out of a car to get ready to do a little dance with a small segment of the song “Bartier Cardi”, by Cardi B and 21 Savage.

The young woman just wanted to show her achievements.

The fact almost went unnoticed if it were not for the series of comments made about it in his other videos.

Do not miss: Five hits to remember Sandy & Papo after the death of the only survivor of the musical duo of the 90s

In one of them he appears dancing while wearing top and shorts (which did not go unnoticed by the haters either) and some of the opinions were: “Those nails say that there is effort for the car in the previous video, a lot of hard work”, “better deactivated the TikTok comments of the car because she couldn’t take the hate, babe that’s part of being famous. Thanks to your followers it is your success ”,“ 1. Advertising is a job. 2. If you are super pretty, take advantage of it. 3. If you are envious, for example ”.

To the latter, Figueroa managed to respond: “Everyone has their qualities that make them special.

Apparently she has tried to ignore the bad comments. Photo Capture TikTok

In another video where he presents his new pet, a couple of negative comments appeared: “He deactivated the comments on the video of the car that he bought with so much effort and sweat, who knows why it was true”

The Salvadoran is very active in her networks. Photo capture Instagram @nicollefigueroaa

But there is no doubt that words of support, compliments and compliments always predominate for this beautiful influencer.