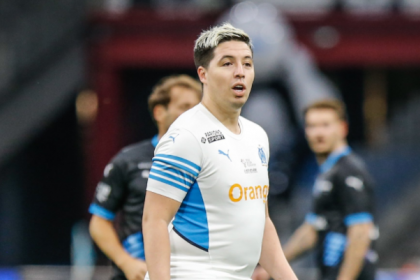 It is no secret to anyone that the life of the footballer requires many sacrifices. Like any profession, a special preparation is needed to be able to perform in the best way.

In the case of athletes, they need to be in top-level physical condition, bearing in mind that their lives are based on high performance. Otherwise they would be anchored in low-level and / or demanding competitions.

Now, when retirement comes, it is as if they came out of their bubble and returned to “normal life”. Of course, some weigh more than others.

One case of the above is Samir Nasri, remembered former Arsenal and Manchester City soccer player. A French midfielder with an impressive technique, but which has faded over the years.

Just over two weeks ago, on September 27 to be exact, Nasri surprised locals and strangers with an important announcement: he was retiring from professional football at 34.

He shone for the Premier League and had brief passes through Spain (Sevilla), Turkey (Antalyaspor) and Belgium (Anderlecht). It was precisely on Belgian territory that his professional life ended. In the 19/20 season he only played eight games.

Since mid-2020 he was as a free player, in the midst of a pandemic, and this year he ended up taking a step aside.

Thus, this October 13 Nasri reappeared before the cameras of the world, after the charity match between the legends of Olympique de Marseille, the club that made him debut, and the figures of the French team.

His physical condition surprised everyone: several extra kilos, a notorious belly, practically zero speed … All less than 20 days after saying goodbye to the football elite. It is more teammates who take several years out of him like Didier Drogba, Robert Pirès or Mathieu Flamini looked perfectly.