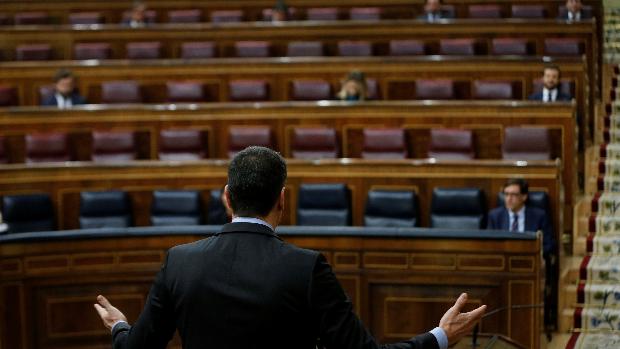 The chief executive, Pedro Sánchez, has described the economic and social situation that our country is going through as a consequence of the pandemic as “very serious”.

During the control session in Congress, the socialist leader referred to the employment data published yesterday Tuesday as a sign of the seriousness of the situation, and reviewed the measures adopted by the Government in recent months to help families, companies and freelancers to weather a crisis whose depth seems increasingly greater.

This has been the framework in which Sánchez has referred to the de-escalation plan approved yesterday by the Government with the aim of “putting the country back on track” while protecting the health of citizens.

This point has been part of the rifirrafe that he has maintained with the opposition leader, Pablo Casado, who has questioned whether this plan can be safe. “How is it going to guarantee de-escalation if we don’t know how many asymptomatic patients there are?”, He charged in the absence of a test.

The PP president, aware of the seriousness of the economic situation, has asked Sánchez again if he is going to ask the European partners for the rescue of the Spanish economy. And in that sense he wanted to know how much this decision would cost to pensioners, unemployed and officials. But the chief executive, however, has once again left this question unanswered. .