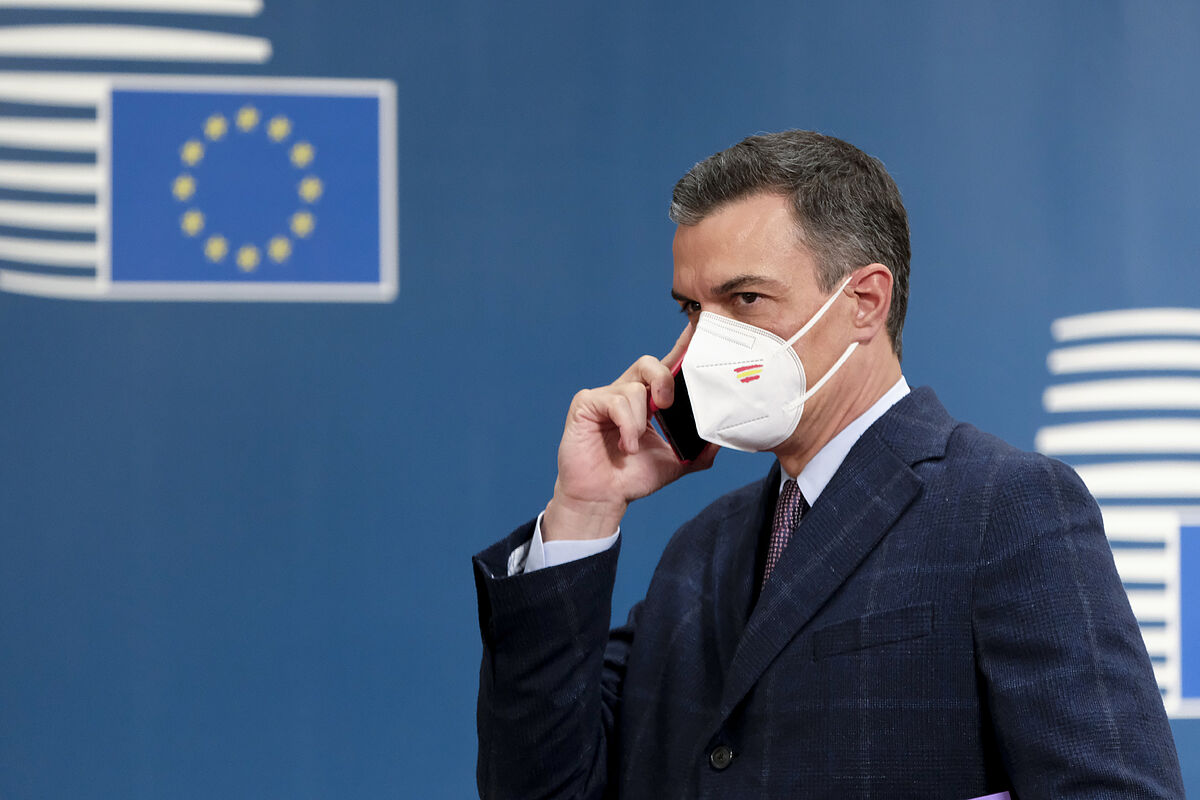 The president of the Government, Pedro Sanchez, kicks off his three-day tour of the United States today with an interview with one of the ‘never trumpers’ – that is, of the ‘never Trump’, as the Republicans who oppose Trump are known -, the former congressman and current star of the left-wing news network MSNBC, Joe Scarborough.

Also in the interview will be Scarborough’s wife, Mika Brzezinski, the daughter of the man who started US military aid to Afghan anti-communist guerrillas, Zbigniew Brzezinski, who was National Security Advisor with the Democratic President Jimmy Carter. Brzezinski convinced Carter to hand over arms to Afghan guerrillas in the summer of 1979, before the Soviet invasion of the country.

Snchez’s interview, which will be broadcast live at 8.30am, will take place on Scarborough and Brzezinski’s ‘Morning Joe’ program, a pun between the presenter’s name (Joe) and the way of referring to to the coffee one has in the morning to wake up (‘morning Joe’). The program is the second most watched in its time slot of the three television news networks in the US, a considerable distance from ‘Fox & Friends’, which is precisely one of the favorite ‘shows’ of the United States. Donald Trump.

Scarborugh is in the political center, which in the US today means that he is a Democrat, given the Republican turn toward conservative positions. It is the same spectrum that occupy the two billionaires that Sánchez encounters today: the former mayor of New York and owner of the financial information agency that bears his name. Michael Bloomberg, and the founder, president and CEO of Blackrock, the world’s largest mutual fund manager, Larry Fink.

Despite the political halo around them, Scarborough, Brzezinski, and Trump have had una relacin ms prxima a ‘Slvame de Luxe’ que a ‘House of Cards’. The Scarborough that was in Congress representing the city of Pensacola, Florida, from 1995 to 2001, would have easily passed Trump on the right (moreover, because Trump was a Democrat at that time). The present man married his third wife – coincidentally, Brzezinski – in a ceremony officiated by the left-wing African-American congressman and civil rights leader. Elijah Cummings, whose passing in 2019 was mourned by the entire political spectrum with one exception: Donald Trump.

Everything suggests that whoever dies first – Trump or Scarborough – dies the other will not miss him either. Both have gone from being friends or, at least, colleagues, to crossing insults with a ferocity typical of a ‘reality show’, with Brzezinski enthusiastically supporting her husband and boss.

This was not always the case. In 2015, the phone calls of the then Republican nominee for ‘Morning Joe’ raised the popularity of the ‘show’, and were also an excellent springboard for the gaming and reality TV entrepreneur in the early moments of his assault on the show. White House. Soon after, however, it became clear that the Universe is not big enough for the Scarborough and Trump egos. And neither for Brzezinski, who has spent his entire life in the elite, since his father, in his capacity as National Security Advisor, star of Johns Hopkins University, and ‘tough’ very ‘tough’ in foreign policy was during nearly four decades, one of the gurus of American foreign policy, consulted by Democrats and Republicans alike. So, the cocktail is perfect: two unleashed egos and a ‘hijsima’.

Trump, with its exquisite taste I just made it all better when he tweeted that Brzezinski had once come to visit him at his Mar-a-Lago club “bleeding badly from a bad cosmetic surgery operation,” and that he hadn’t wanted to see her. Scarborough left the party in 2017, due to his rejection of the policies of already President Trump. And the row flared more.

The president started talking on Twitter about the presenter as “Joe the sympathizer”, and Brzezinski as “the crazy low IQ Mika.” Trump hinted that Scarborough could have been involved in the death of one of his advisers, to which Brzezinski replied stating that the Head of State and Government “is ill.” Meanwhile, the two presenters had married, according to some to prevent Trump from blackmailing them by exposing their relationship (and their infidelity to their respective spouses).

Most paradoxical of all, Scarborough was not only a prominent Republican, but one of the stars of the ‘contract with America’, the populist movement led by Newt Gingrich in the 1990s and many consider the precursor of Trumpism (Gingrich’s wife, Callista, was appointed by Trump as ambassador to the Vatican, something that bothered some American Catholics since the two had started their relationship, too, when they were married to other people).

Be that as it may, Scarborough became, at just 31 years old, a member of the House of Representatives in 1994, with a political ideology that was in the antipodes of the one he exhibits now. Between 1994 and 2000, when he left Congress to pursue television, he tried unsuccessfully to get the United States to leave the United Nations, abolish the Department of Education – an old aspiration of American conservatives – and limit abortion. His arrival at MSNBC – owned by NBC, which in turn belongs to cable and internet giant Comcast – in 2003 was interpreted as an attempt by the company to turn to conservative positions due to opposition from Fox News. In fact, Scarborough remains a relative centrist on the totally divided American political spectrum.