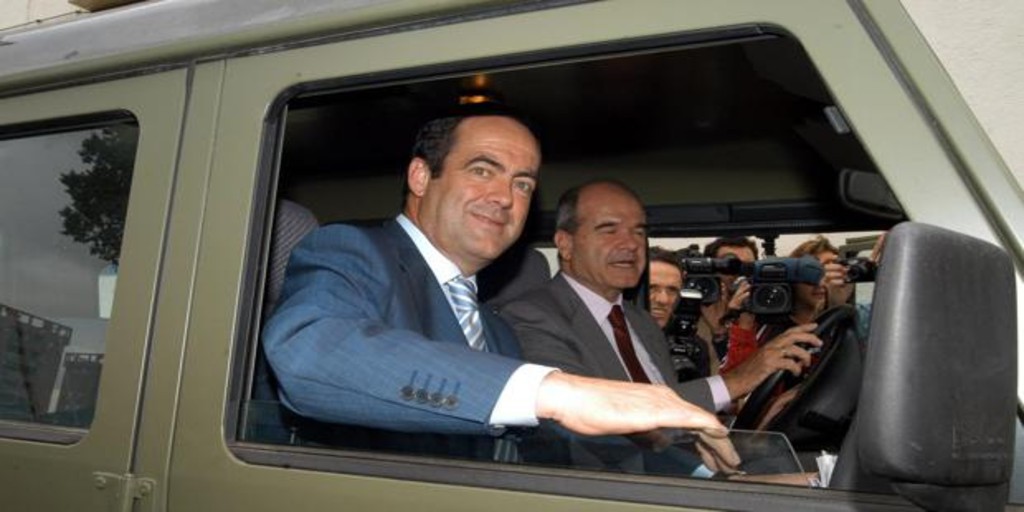 Santana, the Linares (Jaén) automobile plant “nationalized” by the Andalusian Government in 1994 after the departure of the Japanese group Suzuki, is a dire precedent for the three Barcelona factories that the Japanese multinational Nissan wants to close at the end of the year. The nationalization of these plants was proposed yesterday by different political leaders, such as Gabriel Rufián, Pablo Iglesias, Íñigo Errejón or the CUP.

Although the departure of Suzuki was due to a loss of competitiveness of the Santana factory and the closure of the Barcelona plants is justified by a reorganization of the international markets of the Nissan-Renault-Mitsubishi consortium, there are parallels in both cases that the ill-fated history of the Andalusian company can illustrate.

After almost two decades of ownership and management of the Andalusian Government, marked by failed industrial diversifications, inefficient training plans and successive economic disbursements and staff adjustments, Santana Motor closed on February 16, 2011, after agreeing to an 80th meeting % of its last 800 workers.

“Santana’s invoice for the Andalusian Government is incalculable,” was the ruling of the regional authorities when announcing the closure of this company and after admitting a last loss of 287 million euros. Of its more than 3,000 initial workers, Santana Motor ended up with 800 early retirees over fifty years old and another three hundred employees relocated to a business park in Linares of little success that, despite the millionaire public investments, has not prevented this region from maintaining the higher unemployment rates in Andalusia and, therefore, in Spain.

Created in 1956 as the Santa Ana Metallurgical Agricultural Machinery Company, Santana went on to manufacture, under British license, Land Rover SUVs and also produced gearboxes for the Citroën factory in Vigo. It was common practice in those years to balance the income statement with the manufacture of the number of vehicles necessary for it, which were then assigned to the Administration, especially the Civil Guard.

The Japanese of Suzuki entered the Linarian company in 1985 with the intention of strengthening it, for which they bought up to 84% of the capital in 1993 and modernized the central factory and the auxiliary companies, where models such as the Samurai, Vitara and Jimny were manufactured. .

But the lack of productivity of the company, with a high absenteeism during the olive picking season and where it cost more money to manufacture a vehicle than in the Suzuki plants in Canada, according to the Japanese executives, led the multinational automobile company Japan to present suspension of payments in 1994.

The Andalusian Government, alerted by the social conflict that arose in the Linares region, then assumed ownership and management of the factory, after injecting 99 million euros, which was joined by another 48 million disbursed by the central government.

Thereafter, the bleeding caused to the public coffers by Santana Motor did not stop growing: in 2001 another 240 million were contributed to finance 600 early retirements, followed by 42 million more contributed by the Andalusian Development Institute (IFA) for a strategic plan, as well as successive capital increases and injection of incentives and subsidies, some of them questioned by the EU Competition services.

From the 33,821 units sold in 2000, production fell to 22,736 in the following year, with consolidated losses of 301 million euros, and it has continued to decline since then.

In 2003, an attempt was made to overcome the crisis with the manufacture of its own SUV, the Santana Aníbal, many of whose units had to be purchased by the Andalusian Government itself and by the Spanish Army.

Three years later, an alliance was reached with Iveco, a subsidiary of the Italian multinational Fiat, which allowed the manufacture in Linares of the Massif, an SUV based on the old Santana Aníbal, which was followed by the three-door variant called Campagnola.

In 2005, Santana agreed with Construcciones y Auxiliar de Ferrocarriles (CAF) to build wagons for the Seville, Granada and Malaga subways and partnered with Gamesa to manufacture components for wind turbines. But Iveco abandoned its alliance with Santana in 2008 and a year later, the Andalusian Agency for Innovation and Development (IDEA), dependent on the Andalusian Government, had to re-assume the management of the company.

Incalculable invoice
Successive attempts to find a buyer or close new industrial alliances could not re-float the automobile factory, which closed its doors in 2011, not without a new outlay of more than 100 million euros to pay for the last early retirements.

“An incalculable invoice” is the historic sentence that closed the controversial history of Santana Motor, considered one of the most disastrous experiences lived by the Andalusian Government in its almost half century of history. .