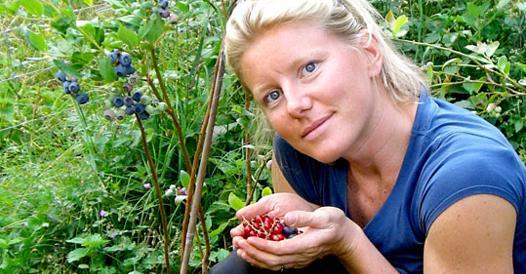 The many photos that came out on social networks with mileage queues on the Pontina or towards the sea around Rome were basically false, because there has not been a great exodus of the Romans.

But among the few who were really there, on the way to the sea, and who were stopped by the police, there was Sara Cunial, deputy who was with the 5 Stars and is now in the Mixed group. “I’m here for business reasons,” explained the MP to the police, who did not believe her and who, according to the first news, would have fined her. This was not the case, according to Cunial, who denies having been fined, giving a slightly over-the-top explanation: “Truth cannot be fined” (capitalized by the deputy).

A case that sparked the wrath of many, on social media, but which raises a more general question. And some questions. Are the quarantine rules also applicable to parliamentarians? Do politicians have a privileged status? Is there an “unquestionable” freedom of movement on the part of law enforcement?

To understand it better, we can refer to an episode of a few days ago. Two senators had been stopped on their way to Rome, provoking the anger of the President of the Senate Elisabetta Casellati: “I find it unacceptable that two senators, subjected to regular police checks while they were going to Rome to participate in the work of the Senate, have been the subject of reports from the Messina and Rome Police Headquarters, despite having shown that they are performing their duties ». Not only. The president had urged a government intervention: “Among the constitutional prerogatives of the parliamentarians there is also the political representation of the territories. On several occasions I have requested that the Government make it clear that an activity with a constitutional basis is not hindered anywhere. I hope that Prime Minister Conte can make this clear in the next steps “.

This was not the case and now comes the Cunial case. Probably very different from the previous ones, because Cunial was stopped during the Easter holiday on her way to Ostia. The parliamentarian took out her card from the deputy and explained that she was there for work. Ostia is not exactly in its territory, since it was elected in Veneto.

Cunial, a graduate in industrial chemistry, an agricultural entrepreneur, was known in the Movement for no vax positions. In the precoronavirus era, he called the vaccination obligation “a genocide”. Then she stood out for the battle in defense of the olive trees, for the xylella case. Casus belli, which led to his expulsion, was a speech in the Chamber in which he explained that the Movement was making “a mess in the name and on behalf of the agromafie”. Too much even for the 5 stars, which were once also on the same side of the fence, both on vaccines and on xylella.

Cunial hasn’t given up on his battles. And to defend himself, after the police checks, he wrote this note: “I asked that the link between the virus and the vaccines be deepened as there is already a study for the 2017-18 flu season that has shown that vaccination against influenza increases the risk of being infected with coronavirus by 36% and that precisely in the provinces of Brescia and Bergamo these vaccinations were widely administered in the months preceding the emergency. I claimed that, at a time of such great interest in public health, the precautionary principle should be kept before exposing the entire population to 5G. For this reason I was in Rome and this I declared when I was stopped by the authorities, who took great care not to fin me, but who wasted no time in divulging my sensitive data to the press. A very serious fact, which I will not fail to report to those in charge. Truth cannot be fined ».

The deputy also attacks the technicians who are working against the virus. He remembers having presented various questions on the subject and adds that he also asked “to account for the conflicts of interest of the WHO and of the so-called experts to whom we are entrusting the fate of our country. I demand independent studies ». What all this has to do with the trip to Ostia is unclear.

But the Cunial case raises a broader question. Given the protests of President Casellati against police checks. And given the anger circulating on the net against the excesses of criminalization of the citizens who stroll (see the incredible manhunt with the Guard’s helicopters on the beach of Jesolo, live on TV with D’Urso). There was no lack of controversy over the policy of swabs as well. Many politicians – some have noted – have been tested quickly, while citizens even with fever have been abandoned for days. A choice that is also understandable, given that parliamentarians and representatives of local authorities play an important and delicate role. Yet the head of Civil Protection Angelo Borrelli, in Monday’s press conference, said the opposite: “There are no privileged categories for tampons”. This is not exactly the case, given that for weeks, right at the entrance of Palazzo Madama there is a nurse who swabs, upon request, the senators who enter.