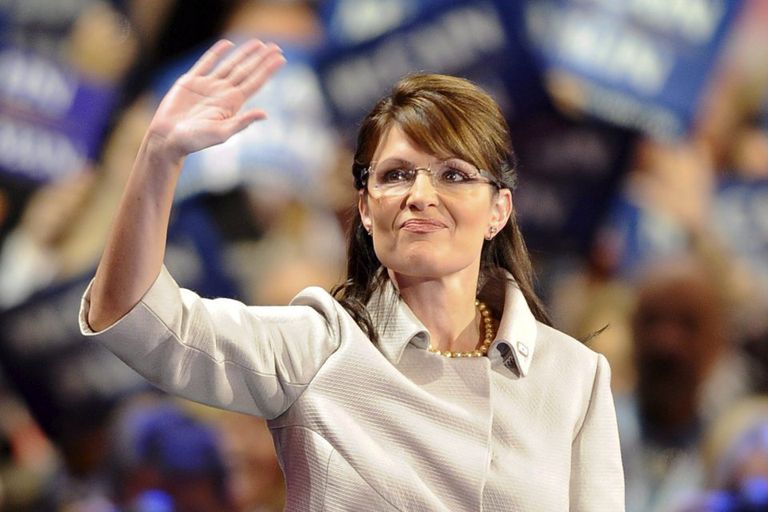 NEW YORK.- A defamation lawsuit filed in 2017 for la republicana Sarah Palin will sit this week The New York Times on the bench. The case, dismissed at the time and appealed by the former governor of Alaska, would hardly be newsworthy among the avalanche of legal proceedings that are registered each year in the United States: some 40 million cases.

But the process that confronts the one who was the candidate in 2008 for the vice presidency and the newspaper is something else: the battering ram with which the most recalcitrant right intends to pierce the bastion of constitutional guarantees of the First Amendment, which enshrines, among others, freedom of expression. Since Donald Trump threatened in 2016, during the electoral campaign, to attack journalists and the uncomfortable media, the safeguards offered by the First Amendment have become a target for the most extreme faction of his party, in which Palin is located. The hearing had to be delayed a week due to the second Covid infection of the former Tea Party star, denier and militant anti-vaccine.

It all started with an editorial published in June 2017, in which The newspaper linked a 2011 shooting in Tucson, Arizona, in which six people died and Democratic congresswoman Gabby Giffords was seriously injured, with Palin’s inflammatory rhetoric. The Times reproduced a map distributed by the Republican campaign team showing several electoral districts, including Giffords, marked with crosshairs. The newspaper recognized its error and published a correction two days later, but Palin’s belief in errors was not enough. claiming “mala fe” –a key figure in the case The conservative raised the initially rejected case to a federal appeals court, which has referred it to one in New York. The former governor is requesting $420,000 for the reputational damage caused by the article, in her opinion.

The crime of defamation is today a hot potato not only for the media and politicians, but also in certain areas of the judiciary. Two Supreme Court justices, Clarence Thomas and Neil M. Gorsuch -both conservatives-, have ruled on the need to update a casuistry that dates back decades. The latter wrote last summer that the model is outdated and has become a letter of marque “for the publication of falsehoods”.

Gorsuch was specifically referring to one of those famous cases, with names and surnames, that mark American jurisprudence: Sullivan vs. New York Times, which in 1964 ruled that a libel suit must prove bad faith or manifest disregard for the truth, and has since protected journalists and the media from any claim by a public figure. Thanks to this precedent, no matter how rough, unpleasant or uncomfortable a piece of information —or an opinion— may be, public figures must put up with the stake unless they are aware of bad faith in the actors.

Half a century later, the effervescence of social networks, which often replicate old content, and sometimes subject to litigation, and the deep ideological polarization of the country have put the precedent of the Sullivan case on the ropes; hence many experts view the trial as a possible leak in the sacrosanct freedom of the press.

Disbelief grips even those who believe that Palin will fail in her attempt. Attorney Theodore Boutrous, a First Amendment specialist, argues that, “Based on the Supreme Court’s longstanding decisions, Palin should lose this lawsuit. If it wins, [el fallo] would have dire consequences, signaling to powerful public figures that they can now sue journalists to try to scare them away from publishing important comments and stories on topics of public interest. But I think he will lose.”

The Times, that has not lost a single libel suit in 50 years on US soil, goes to court to defend himself, but also to defend the law. “In this trial we seek to reiterate a fundamental principle of American law: Public figures must not be allowed to use defamation lawsuits to penalize unintentional errors by the media. We published an editorial on an important topic that contained an inaccuracy. We clarify it with a faith of errors. We are deeply committed to impartiality and accuracy in our journalism, and when we are wrong, we correct our errors publicly, as we did in this case, “explains a spokesman for the newspaper.

record fundraising for a French assurtech