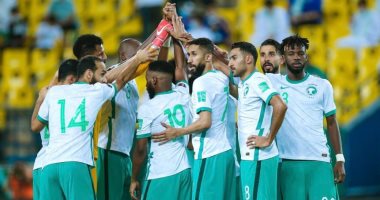 The Saudi team succeeded in continuing its distinguished results in the Asian qualifiers for the 2022 World Cup, after achieving its fourth victory in a row to lead the second group with a well-deserved full mark after 4 rounds of the start of the qualifiers, and away from Australia, the runner-up, by 3 points, 6 rounds before the conclusion.

The World Cup Asian qualifiers will be held by 12 teams competing for 4 and a half seats in the 2022 World Cup, where the teams are divided into two groups, each of which includes 6 teams.

Al-Akhdar, led by French Hervé Renard, achieved 4 consecutive victories in the group of death, starting against Vietnam with a score of 3-1, then with a clean goal against Oman, with the same result against Japan and then 3-2 against China to be the leader after the defeat of the Australian team by losing to Japan, and the Oman team came in the center The third with 6 points by winning two games and losing the same.

In the first group, Iran topped the standings with 10 points, followed by South Korea with 8 points, and Lebanon succeeded in occupying the third place with 5 points, surpassing the other Arab trio in the group that was at the bottom of the standings. The UAE and Iraq ranked fourth and fifth with 3 points, and finally Syria with one point.

The qualifiers will resume next November, when the Saudi team will play two heavy-caliber matches outside its home, against Australia and then China, respectively, which will determine a large percentage of Al-Akhdar’s qualification to the World Cup for the sixth time in its history and the second in a row.