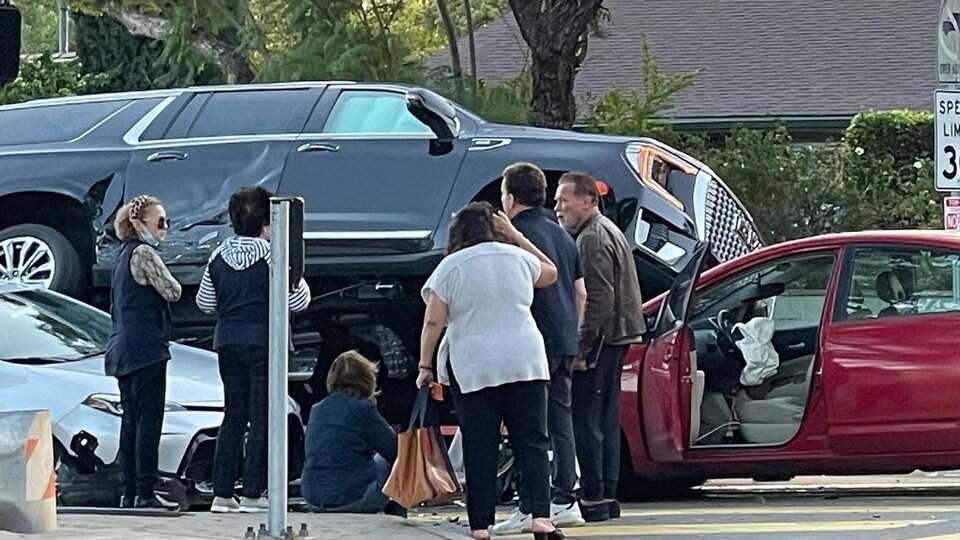 Arnold Schwarzenegger was involved in a multi-car accident in the Brentwood neighborhood of Los Angeles. It happened on Friday night, when the GMC Yukon driven by the Hollywood star collided with a red Prius.

The car hit by the 74-year-old actor and former California governor was smaller than Schwarzenegger’s, and he was run over. The actor’s vehicle Terminator continued to turn and collided with a Porsche Cayenne. The accident took place at the intersection of Sunset Boulevard and Allenford Avenue, about two kilometers from the actor’s home.. The driver of the Prius had to be taken to a hospital. due to head trauma, while Schwarzenegger was uninjured.

The authorities estimate that the responsibility for what happened corresponds to Schwarzenegger. Apparently, was turning left when the turn light was still red when the incident occurred on Friday afternoon. Sources close to the actor stated that he was “deeply concerned” about the injured person. So far, there has been no arrest or fine. The fact is not investigated for alcohol or drug use..

At the end of 2021 the protagonist of Conan the barbarian had been in the news for the end of the divorce trial with Maria Shriver, his wife since 1986 and niece of assassinated President John Fitzgerald Kennedy. The separation had begun in 2011, when it became known that he had a son in 1997 with his housekeeper, around the same time as the birth of her fourth child with Shriver.

The divorce, whose main details did not come out, involved a dispute over a fortune of 400 million dollars. Today, Schwarzenegger is in a relationship with physical therapist Heather Milligan, almost 30 years his junior.

Forbidden Corona demos: cat and mouse game with the police