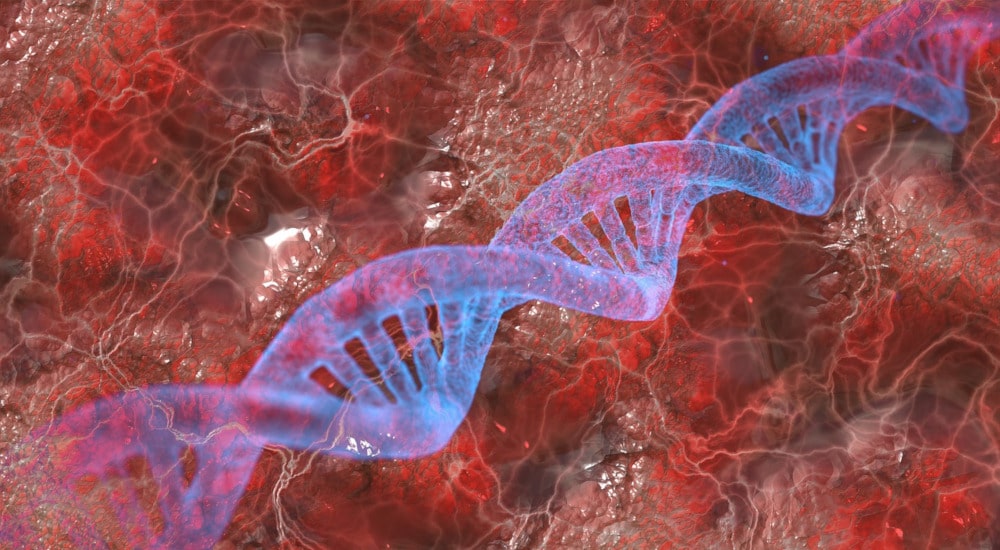 It will soon be a year since the whole world has been fighting SARS-CoV-2. And even today, it is not understood why some people develop mild, even asymptomatic, forms of the disease, while others suffer from severe infections, sometimes leading to death. A team of researchers therefore looked at the genes of patients with a severe form of COVID-19: they discovered that five genes are associated with the development of a severe infection.

These British researchers, from the University of Edinburgh, looked for a common point between all these seriously ill patients. For this, they carried out a genome-wide association study; this type of study consists of analyzing numerous genetic variations in a large number of individuals, so as to demonstrate their correlations with phenotypic traits (here, with the severe form of the disease). Their results have just been published in the journal Nature.

Their study reveals that variants of five key genes, responsible for antiviral immunity and lung inflammation, are associated with severe COVID-19. The identification of these five genes is a huge step forward: they indeed constitute a potential therapeutic target for the development of an effective treatment against the disease.

Five genes in the sights

It is now clear that advanced age, or an underlying disease (heart disease, lung disease, diabetes, obesity, kidney failure, etc.) are risk factors for increasing the severity of COVID- 19. In addition, scientists quickly suspected that the bodies of severely affected individuals had a particular immune defense mechanism that was different from other patients. This mechanism could result from certain genetic predispositions, favoring the severe forms of the disease.

To conduct their study, the researchers analyzed the DNA of 2,244 patients in 208 intensive care units across the UK; they compared this DNA to that of control patients, who had never tested positive for COVID-19. They finally identified eight genetic sequences where genetic variants were common in severely affected patients. Of these variants, five belonged to genes linked to immunity: IFNAR2, TYK2, OAS1, DPP9 and CCR2.

These results corroborate several past studies, suggesting genetic variants in seriously ill patients. Previous analysis to study the relationships between the activity of certain genes and severe COVID-19 had already shown that the IFNAR2 gene was underexpressed in patients developing severe forms of the disease. . However, this gene encodes a constituent element of a receptor for interferons – proteins of the cytokine family, the role of which is to warn the immune system of the presence of a pathogen and to prevent its proliferation. These proteins were therefore a first treatment path. However, a recent clinical trial has shown that administering interferons to hospitalized COVID-19 patients has little or no effect, and does not reduce mortality.

Researchers have also been interested in the possible link between severe COVID-19 and high levels of TYK2 and CCR2, genes encoding proteins involved in the inflammatory response; the TYK2 gene is in particular known to be associated with “cytokine storms” which can lead to pulmonary lesions and then to the death of the patient. However, there is already a drug capable of inhibiting the protein encoded by the TYK2 gene: it is baricitinib, an anti-inflammatory drug used in the treatment of rheumatoid arthritis. According to an article from New England Journal of Medicine, this drug, associated with remdesivir, has shown promising results in the treatment of COVID-19: it has reduced the recovery time of hospitalized patients and accelerated the improvement of their clinical condition.

Finally, another study published in October in the same review had made it possible to identify a group of genes on chromosome 3 responsible for the respiratory failure observed in severely affected patients, which also confirmed the potential involvement of the ABO blood group system (people of blood group A were at a higher risk of developing a serious infection, while group O showed a quasi-protective effect).

Genetics, but not only

The results of this study have thus revealed new therapeutic targets for better treatment of severe cases. In addition, there are already authorized drugs that act on the inflammatory mechanisms that cause severe infections. ” Our results immediately highlight which drugs should be top of the list for clinical trials Said Kenneth Baillie, intensive care medicine consultant and senior researcher at the University of Edinburgh.

But despite these very encouraging leads, the development of an effective treatment could still take several years. ” There is no guarantee that when a gene is found, targeting that gene will result in therapeutic efficacy. », Explains Tom Hemming Karlsen, a doctor at the University of Oslo who did not participate in this new study. He nevertheless recognizes that this study constitutes a good starting point for a more in-depth investigation.

Sara Clohisey, a researcher at the University of Edinburgh and co-author of the study, also remains cautious about these initial results. In particular, she stresses that they do not in any way suggest a direct causal relationship between the genetic variants identified and the severity of the disease. ” Single element is unlikely to be entirely responsible for the development of severe COVID-19 “, she says. She adds that it’s probably a combination of factors, which includes genetics of course, but also age, gender, obesity, and many other characteristics.

Finally, it should be noted that although men are a priori more likely to die from coronavirus infections than women, the researchers did not detect any genetic variants linked to sex in this study.

Erdogan wants a new start in relations with the EU