Scuderia AlphaTauri presented the new Formula 1 car on Friday in Salzburg, Austria. The Red Bull Racing satellite team, which has been on the grid like Toro Rosso in recent years, made a name change this winter.

While Toro Rosso has mainly used the Red Bull colors in recent years, AlphaTauri has taken a different path. The team, which is equipped with a Honda engine just like Red Bull, opts for a blue and white appearance.

The AT01 will be driven by Pierre Gasly and Daniil Kvyat next year. Both drivers also came for the Italian racing stable last year. Toro Rosso, who started the previous season with Alexander Albon instead of Gasly, ended in 2019 in the constructors’ championship.

AlphaTauri is a fashion brand of Red Bull founded in 2016. With the new team name, the multinational wants to increase awareness of it. In terms of composition and staff, the team where Max Verstappen debuted in 2015 remains the same. 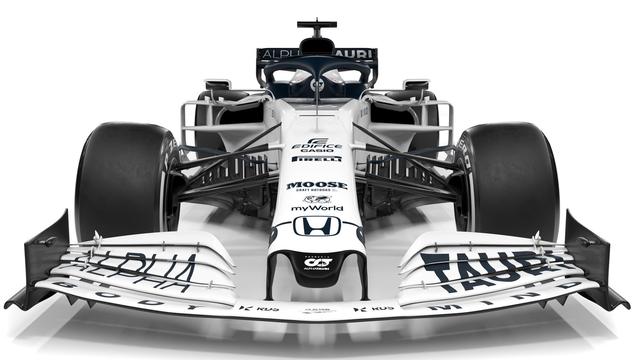 The first photos of the AlphaTauri show that the nose of the car rises slightly higher than that of its predecessor, the STR14. The sidepods of the new car are slightly narrower than the 2019 car, which gave Toro Rosso two podium places.

Team boss Franz Tost thinks that his racing stable will take a step forward with the new weapon. “The car has already shown good results in the wind tunnel,” Tost said during the presentation.

“In addition, Honda has made progress with both reliability and speed. With two top drivers in our cars, it promises to be a great Formula 1 season in advance.”

The first race of the Formula 1 2020 season is on Sunday, March 15 in Melbourne, Australia. A week later, the Grand Prix of Bahrain is on the program and the Grand Prix of the Netherlands is in Zandvoort on 3 May.

The doctor declared protection against coronavirus who had chickenpox and measles

Those vaccinated or who have had chickenpox and measles have a certain degree of protection against coronavirus, said immunologist,...
Read more

Astrology. Rob Breszny’s horoscope for the week of April 9 to 15

Every week, International mail offers you the poetic horoscope of Rob Brezsny, one of the most atypical astrologers on...
Read more

Coronavirus: more than 2,000 dead for the second consecutive day in the United States

Human organisms are not the only ones to react differently to Covid-19. This is also the case for the...
Read more

Berlin Many mini jobbers are satisfied with their employment. They usually do not pay taxes and duties, so the...
Read more

The doctor declared protection against coronavirus who had chickenpox and measles

Those vaccinated or who have had chickenpox and measles...
Read more

Astrology. Rob Breszny’s horoscope for the week of April 9 to 15

Human organisms are not the only ones to react...
Read more
Sport

the closing tournament in Mexico played on consoles