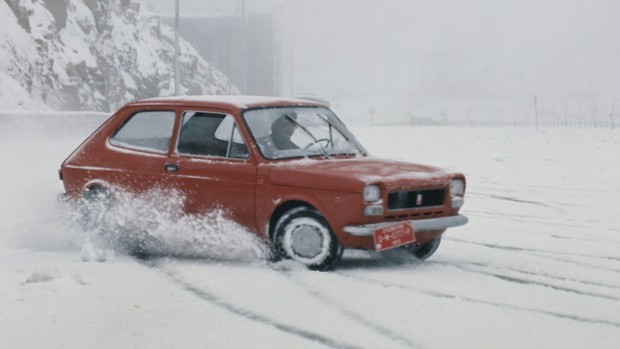 It was a day in early June 1972, at a Seat dealership in the city of León, called “Auto-Salón”, a very evocative name. There it was, in green, the first 127 that I could see. Physically, it is necessary to specify, because through articles and photos he knew every last detail. For a car-loving teenager, it was important to feel, touch, sit in that novelty. How different from these times of so much virtual reality and in which they try to convince us of how good it is to buy a car through a screen!

But now, 127 was the first front-wheel drive Seat and the first to have rack-and-pinion steering: the box came from the firm Imenasa, from Pamplona, ​​as well as the front brake discs, but the bar was machined in Barcelona. And, in addition, the first domestically produced car with a McPherson-type front suspension. That is, modernity in its purest form.

And, in addition, together with the Renault 5 that we talked about two weeks ago, they premiered what we now call Segment B and, then, a utility vehicle. A type of car with a strong sociological burden, since it was no longer for Spain “that needed a means of transport”, but also for younger users who were looking for freedom, in many aspects and also, of course, of movement.

But let’s get back to the technical side of the issue. Fiat had not started from a blank page when conceiving the 127. Apart from its experience with the front-wheel drive 128, the Autobianchi A-112 (a brand that had been part of the Agnelli empire since 1967) presented at 1969, had served as a dress rehearsal. Although longer and with a wider interior than the Autobianchi, the Fiat took most of its elements from it.

In Spain, when it was announced that Seat would manufacture it, the new model aroused enormous expectation. As a curiosity, in factory language, for Seat the 127 was the HB: the H corresponded to the serial number of the models manufactured by the Spanish firm, and the B to the 127. And also its industrial color was green.

Initially, its body (which weighed about 194 kilos) was two-door with a small rear lid that gave access to a trunk. A few months later a hatchback version arrived.

The forms of the 127 had come from the pencil of Italian designer Pio Manzù, who had impressed Dante Giacosa (director of Fiat Centro Stile), with the innovations proposed in the 1968 Fiat City Taxi prototype. Manzù designed a hatchback with a slightly larger volume than the previous 850, but which included a particularly spacious and light interior. In addition to its functionality, Manzù endowed the 127 with an original style, expressed in innovative solutions such as the “clamshell” bonnet that overflowed laterally, forming its upper area with false fenders and enclosing the rectangular headlights, a first for Fiat and, therefore, , in Seat. The profile was also very striking, with a waist line in which the side glass marked an ascending line towards the rear, a detail that gave it personality but that would raise quite a few discussions: perhaps it was too innovative for a conservative market like the Spanish one. that era.

At the manufacturing level, great care was taken to prevent rust. Thus, Seat began to apply the electrophoresis system. The new model received a first paint bath by immersion, passing an electric current through the entire sheet metal assembly. In this way, the paint particles, in suspension in the tank, not only settled homogeneously over the entire surface, but also in all the holes or nooks and crannies. In total, the 127 had nine coats of paint.

The interior drew attention from the beginning for its great spaciousness (the transverse arrangement of the engine works miracles, as Issigonis demonstrated) for a utility vehicle. Along with the volume of the trunk, no less than 365 liters (the spare wheel was located in the engine compartment), the interior space fascinated users of all-rear models such as the 600 or 850. But there were journalists who criticized the seats for be slightly anatomical and very hard. As details that will surprise many young readers is the fact that the launch base version did not have seat belts or anti-theft devices, although it did have the base to install them. Nor was the water thermometer in the original instrumentation.

As for the engine, it was a four-cylinder, 903 cc petrol block: if you look at your genealogy you will come across the 600…

Its direct origin was that of the 850 Sport Coupé, but heavily modified. The fundamental difference was that this engine gave 47 hp at 6,200 rpm compared to 52 in the Sport Coupé. The power reduction was determined by several factors. To start with, to reduce consumption, the compression chambers were higher, which provided a lower compression ratio. But there were also more factors such as a single body carburettor while the Sport Coupé had a double one. Another important detail was that the greasing of the bed and the connecting rod heads were no longer carried out through the crankshaft, but in a classic way, from the bed supports.

The behavior of this engine, and here we enter the chapter on driving, on the sensations behind the wheel (what they now insist on calling “an experience”) was pleasant. It was very elastic to the point that in 4th gear it could only go 30 km/h. It was also helped by the fact that this 4th speed had a very short development and thus, at 140 km/h, its maximum speed, the engine rpm would scandalize in our times…, and there was no 5th. Consumption, at a normal rate, was 6.5 litres, and pressing it went above 7 litres, very good figures for then and not out of place today either: let us think that the 127, at its launch, weighed 710 kilos.

Advertising at the time said “the 127’s engine, with a sporty and very elastic temperament, gives driving a special spirit: quick and agile in urban traffic and high speed on long journeys”. Today they would not have been allowed to say such “politically incorrect” things.

And in addition to being the fastest front-wheel drive normally available on the Spanish market, it was much easier to drive than any rear-wheel drive, allowing maneuvers that would have been catastrophic with an 850, for example. This was due to several keys, in addition to being “everything up front”, such as smooth and precise steering, excellent braking (effective and progressive) entrusted to front discs and rear drums, and remarkable stability, with stiff suspensions that some criticized as uncomfortable, yes. Another factor that cannot be left out is that it was equipped with radial tires.

It was so easy and safe, with respect to a whole back, that there were those who, in the classic cafeteria bar discussions, described it as “boring”. But the reality is that it was a huge qualitative leap and that many more “hands” were needed, for example, to drive a 903 Sport Coupé at the same pace.

How the EU wants to bring modern semiconductor factories to Europe

The “five years experience” bears fruit..A vitamin and supplement reduce the risk of infection by 8