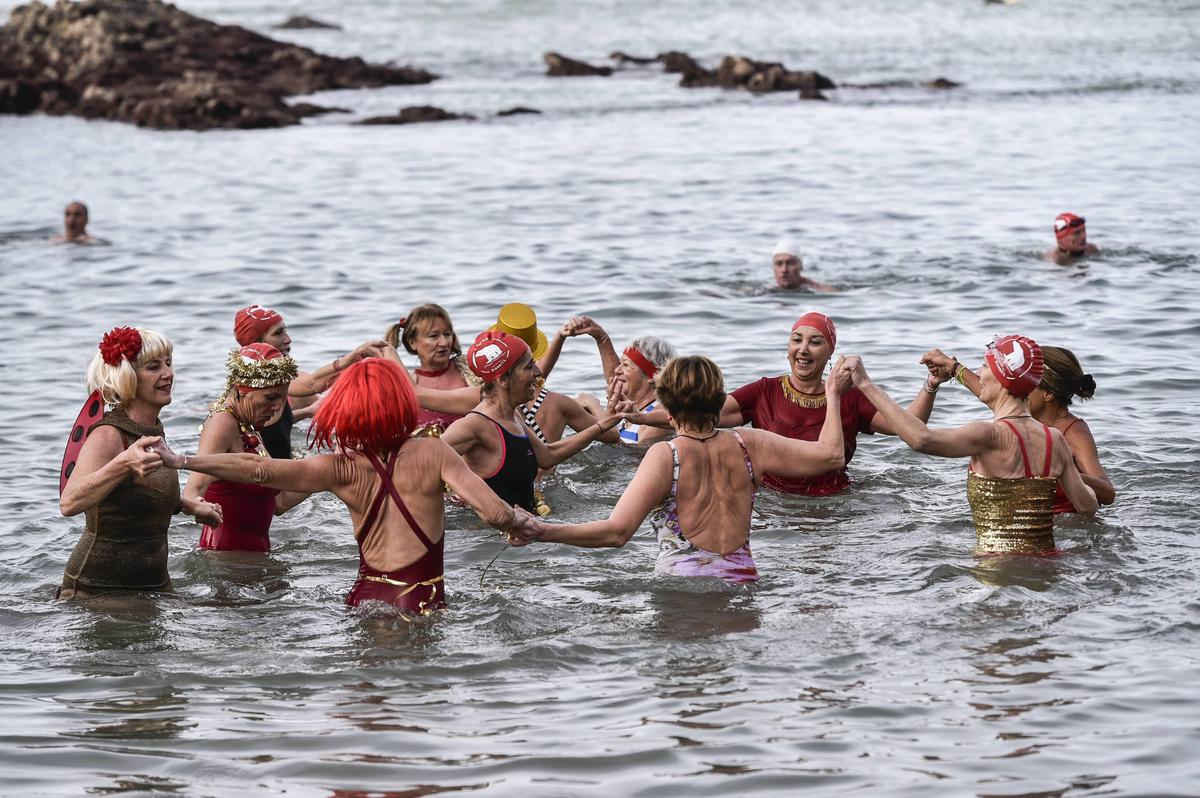 “Yes, they like it and they are right. The Polar Bears have existed since 1929, in Biarritz, and this club of daily swimmers has never wavered, from generation to generation, notes Doctor Guillaume Barucq, general practitioner in Biarritz. Naked bathing, I mean without a wetsuit, is the nautical activity that provides the most beneficial effects, thanks to this direct contact of water with the skin. It’s good for morale, it plays the role of an antidepressant, an anxiolytic and a euphoriant! »

The release of endorphins

Doctor Barucq, a surfer since he can stand up, has written everything about the relationship between the ocean and human health. In 2018, in his popular science book “Detoxseafication”, he recalled in the preamble to what extent seawater is our friend: “Between it and blood plasma, there are similarities, the proportions of mineral salts are almost identical, it is only their concentration that differs, the seawater is more concentrated. To come back to the Polar Bears, Guillaume Barucq went to meet them, during a field study, he collected the words of swimmers after a dive in the middle of December: “The shock of the cold causes a discharge of endorphins, dopamine and serotonin. It is true that we bathe in the ocean, a lake or a river. On the other hand, in the ocean, salt water carries more, you are lighter, so it is favorable when you are overweight, suffer from rheumatism or osteoarthritis. »

If the cold water which stimulates has a painkiller effect, the hot water fights against muscular contractures, relaxes.

Let us remember that the person who “invented” thalassotherapy on the Atlantic coast is none other than cycling champion Louison Bobet who, after an injury, was treated in Roscoff, in Finistère, where he understood the healing properties of seawater on his body. He had the idea of ​​setting up a thalassotherapy center in Brittany, then he would open others, as far away as Biarritz in the 1970s. “Clever, observes Guillaume Barucq. The thalasso uses purified and heated sea water. If the cold water, which stimulates, has a painkiller effect, the hot water fights against muscle contractures and relaxes. And the hot-cold alternation is a stimulating exercise for the heart, cardiologists know it well: switching from vasodilation to vasoconstriction is excellent for the arteries. Provided you are in good health, you should not embark on this type of activity alone. »

The water we ingest

Contact with a living environment filled with micro-organisms as well as regular drainage of the nasal cavities with each bath eliminates the pathogens or allergens that stagnate there. Clearly, when we bathe, we swallow a little seawater and it enters the nose. Excellent. “Sea water as a nose wash, we all know that, to treat and prevent rhinitis and sinusitis, continues the practitioner. It is the best known medical use. But who remembers thequinton water drinkable ? Until 1980, the bottle was reimbursed by Social Security. The product fights against temporary fatigue because it contains all the necessary minerals, the same for people who suffer from gastroenteritis. Athletes swallow it after an effort, to avoid cramps for example. At Roland Garros, we see bags of Quinton circulating. »

Do not forget the magnesium content present in the sea water that we swallow, when we drink a cup or during a dive – seven out of eight French people are deficient in magnesium…

And the iodized air that we breathe by the sea is the “cleanest” air: “The least concentrated in microbes, assures the Biarrot doctor. The salt present in the air moistens the nose and allows the secretions to be expelled. We didn’t invent anything, you know, Hippocrates in antiquity extolled the virtues of sea bathing, thermal waters…”

the Argentinian will leave because of Neymar

Horror attack in the video! Austrian woman (68) bitten to death by a shark in the Egyptian holiday paradise